Study of the Impact of the ACA Implementation in Kentucky: Special Issue Brief

Since implementation of the Patient Protection and Affordable Care Act (ACA) in 2014, 32 states have expanded or announced plans to expand the income eligibility of their Medicaid programs as authorized by the law. Twenty-six of these states, including the Commonwealth of Kentucky, have expanded or plan to expand their Medicaid programs through a traditional approach as envisioned by the ACA, and six states currently have expanded Medicaid programs through an alternative approach allowed under Section 1115 of the Social Security Act. Kentucky's newly elected Governor Matt Bevin has announced plans to seek an alternative approach to Kentucky's current Medicaid expansion through a waiver from certain federal Medicaid rules, referred to as a Section 1115 waiver. A transition from its traditional expansion to an 1115 waiver-based expansion would make Kentucky somewhat unique. To date, only New Hampshire has transitioned from a traditional to a waiver-based expansion; and unlike Kentucky, that state's traditional expansion was planned as a temporary step until the state implemented a waiver-based expansion. Similar to Kentucky, Arizona and Ohio have announced intentions to transition from traditional to waiver-based expansions, but they have not yet received federal approval.This brief was written to inform the policy discussion about the specifics of an 1115 waiver in Kentucky by examining the main components of Medicaid expansion waivers from other states. We selected five states with existing Medicaid expansion waivers that most-closely aligned with the policy discussion within Kentucky. Among the study states, their waivers incorporated similar components, although the details vary from state to state. We found mixed results on the potential of the specific waiver activities to impact either access to health coverage and services or costs for newly eligible Medicaid beneficiaries. 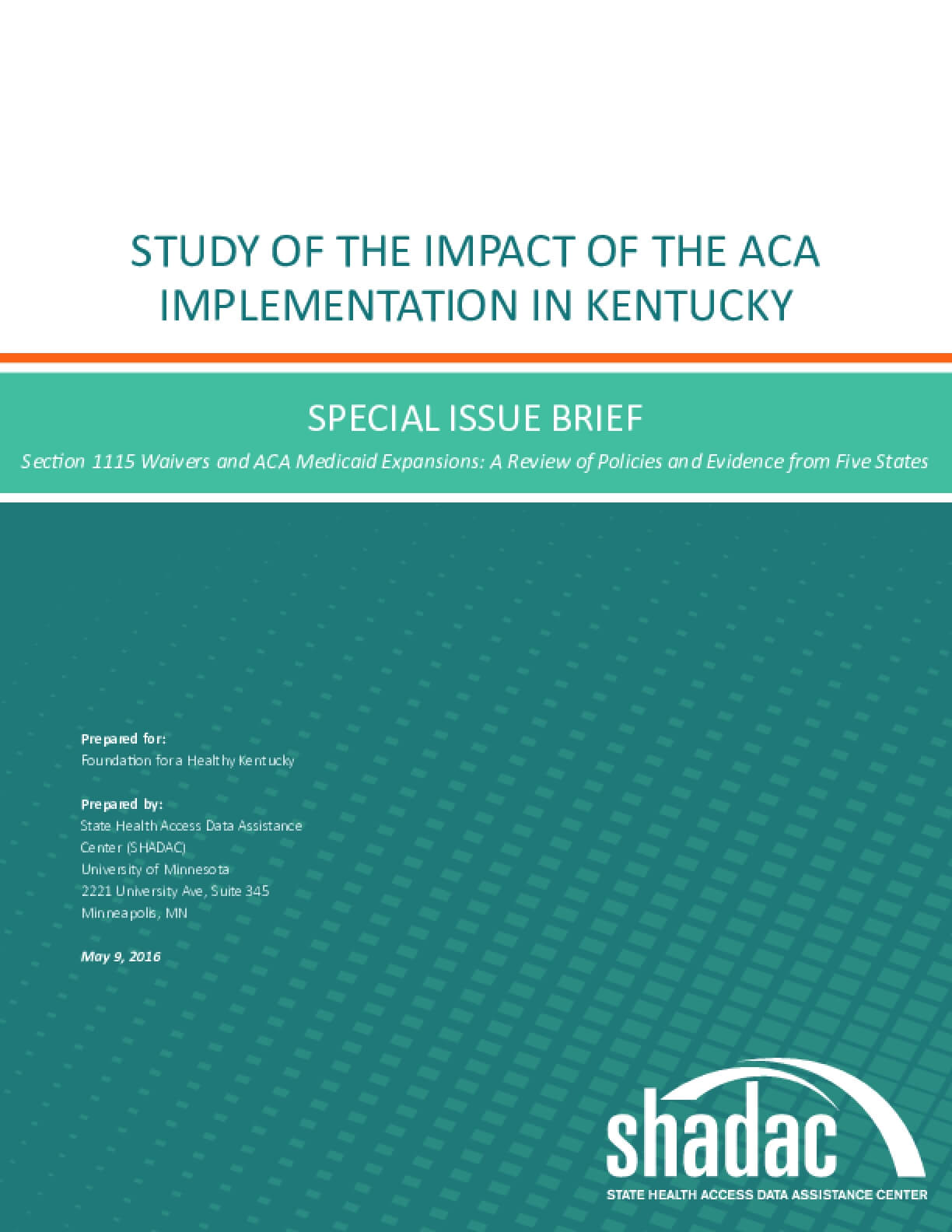