While thousands of bills will be introduced in 112th Congress, very few of those will be related to education. PEN has developed a selected, but by no means thorough, list of bills to watch. These bills could be folded into a newly reauthorized ESEA, or they could pass on their own as a self-contained bill. In some cases, language has been inserted in appropriations bills without bill numbers, and in some cases, bills that we will be watching have not yet been introduced. Here is a sampling of these measures that PEN will be watching closely during the 112th Congress, along with a list of those major bills passed in the 111th Congress. 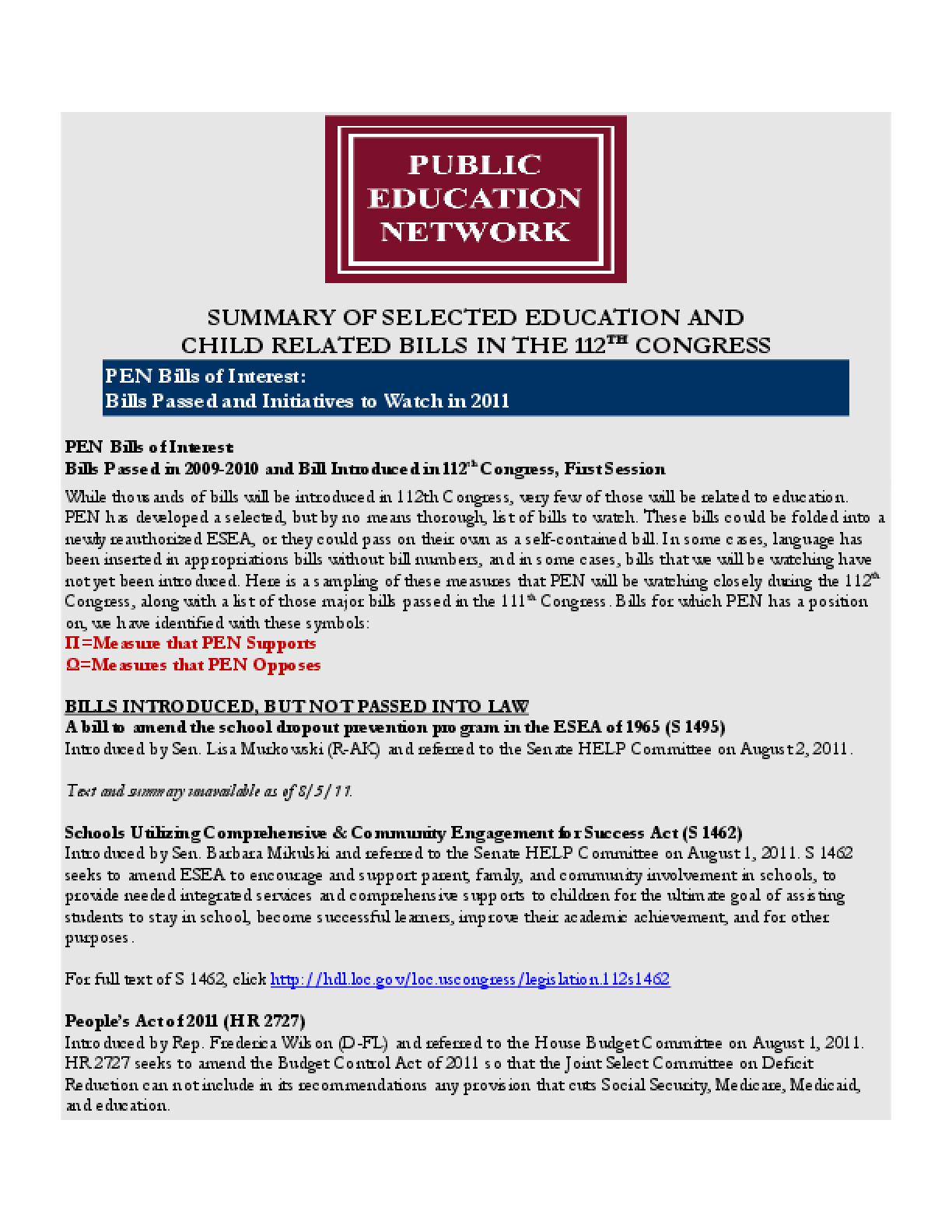