Summary of the U.S. Census Bureau's Income, Poverty, and Health Insurance in the United States: 2010 Report

The year 2010 was the first full calendar year after the end of the Great Recession, which lasted from December 2007 to June 2009. Estimates of poverty, income, and health insurance from the Current Population Survey shine a spotlight on how Americans are fairing post-recession. The findings reveal a nation struggling with prolonged job loss, as evidenced by increasing poverty, declining incomes, and loss of employer-sponsored health insurance. 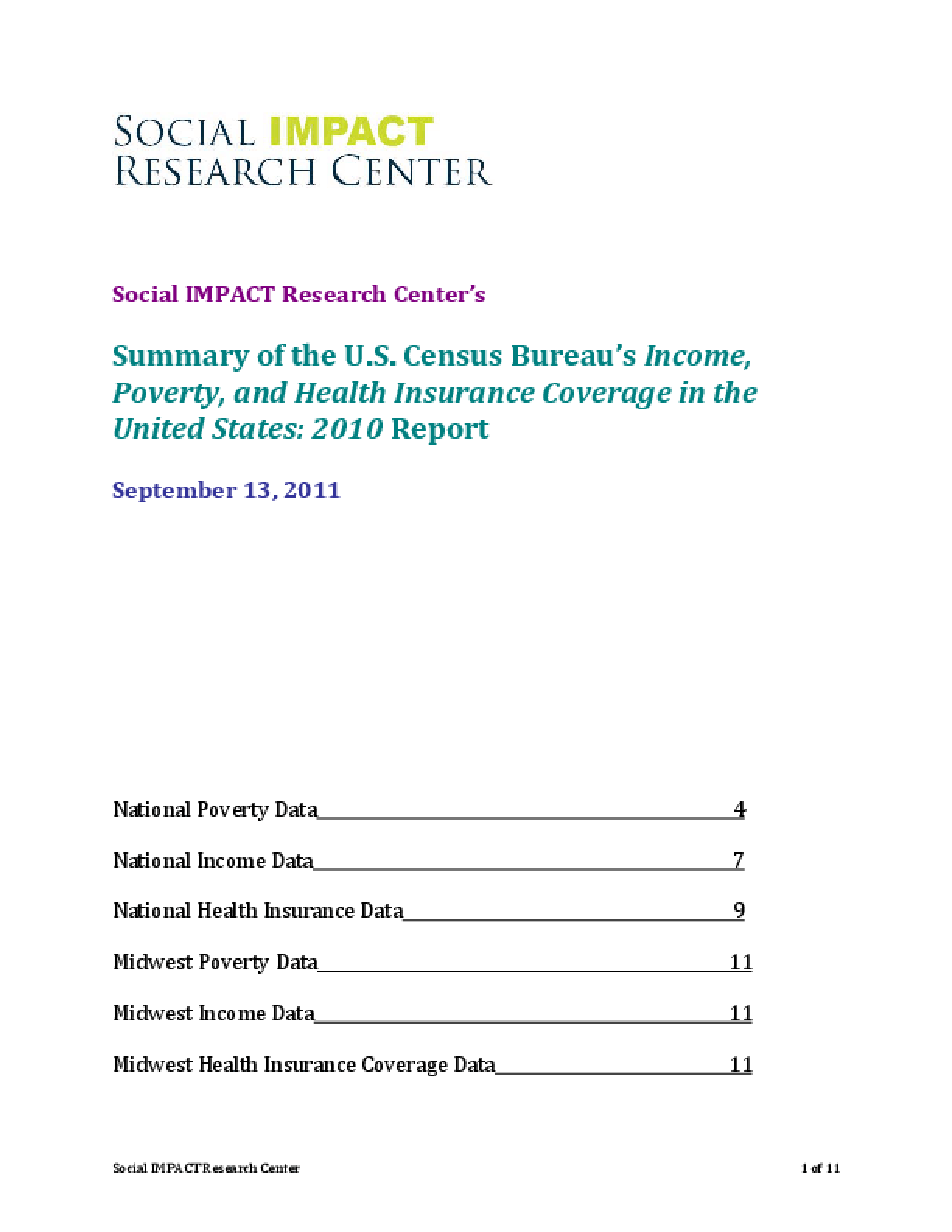