Superconductivity: A Breakthrough in Electrical Technology

The Environmental and Energy Study Institute (EESI) sponsored a Congressional briefing on high temperature superconductivity (HTS) technologies, which promise lower costs, less pollution, more capacity and other advantages in the transmission of an electric current. All of these advantages are crucial as electricity demand increases and the present infrastructure of wires, transformers and generating plants reaches dangerous levels of obsolescence. The burgeoning energy needs of the United States are not likely to be met by simply building more transmission lines and generating plants. According to the panel of speakers, HTS power applications, which are being tested in several U.S. locations, are expensive and must prove themselves in trials, but the future of the technology is very bright. Superconductors can carry unusually large amounts of electricity without resistance energy losses. Electric power equipment using superconductors typically have double the power capacity with only half the energy losses of the same-sized conventional counterparts. This would have a major impact in reducing the eight to ten percent of power generated that is now lost before reaching the consumer. In addition, HTS has a lower pollution potential because, among other reasons, no oil is needed for transformers and underground cables. High temperature superconductivity was initially discovered in 1986, and research and development by government and private industry has been devoted to HTS for more than 12 years. It is referred to as high temperature because the cooling necessary for HTS is at the boiling point of liquid nitrogen, which is minus 323 degrees Fahrenheit. For comparison, helium, which is used medically in magnetic resistant imaging (MRI), has a boiling point of minus 452 degrees. Because helium costs about $10 for a two-liter bottle compared to liquid nitrogen costing about 25 cents for the same size bottle, it is unrealistic to contemplate helium for "real world" generation and transmission of electricity. 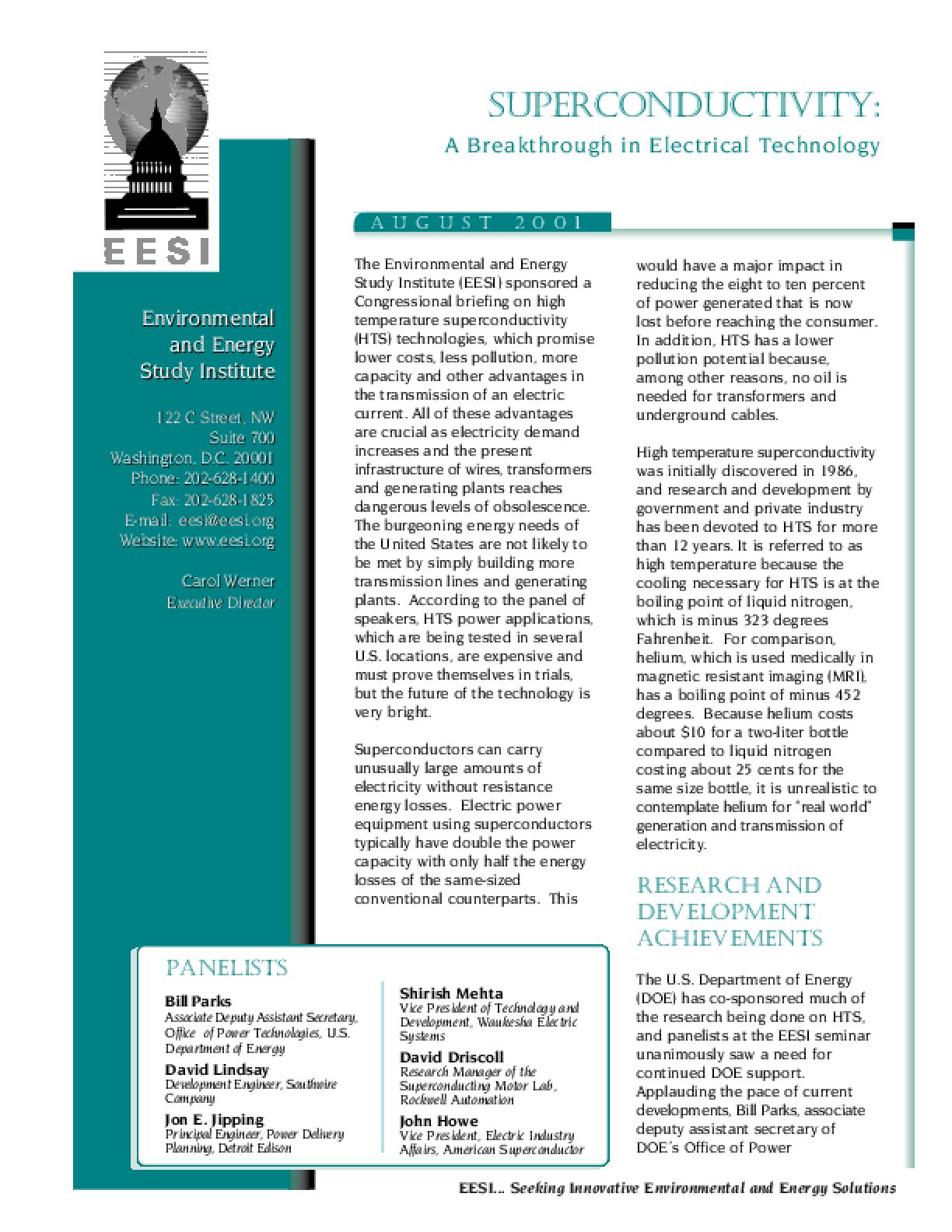