As the Supreme Court prepares to decide a key case involving states' requirements to recognize same-sex marriage, public support for allowing gays and lesbians to marry legally continues its rapid rise: A 57%-majority of Americans now favor allowing same-sex marriage and 39% oppose. As recently as five years ago, more opposed (48%) same-sex marriage than supported it (42%). This is the highest level of support measured for same-sex marriage in nearly 20 years of Pew Research Center polling of the issue. Yet even as support for same-sex marriage has increased among nearly all segments in the public, some groups remain broadly opposed to gay marriage. The Pew Research Center survey, conducted May 12-18 among 2,002 adults, finds that partisans are as divided on this issue as ever: Today, 65% of Democrats and an identical percentage of independents favor gay marriage; only about one third (34%) of Republicans do so. Growing shares of all three groups support same-sex-marriage, yet the differences between Democrats and Republicans are as wide today as they were a decade ago. 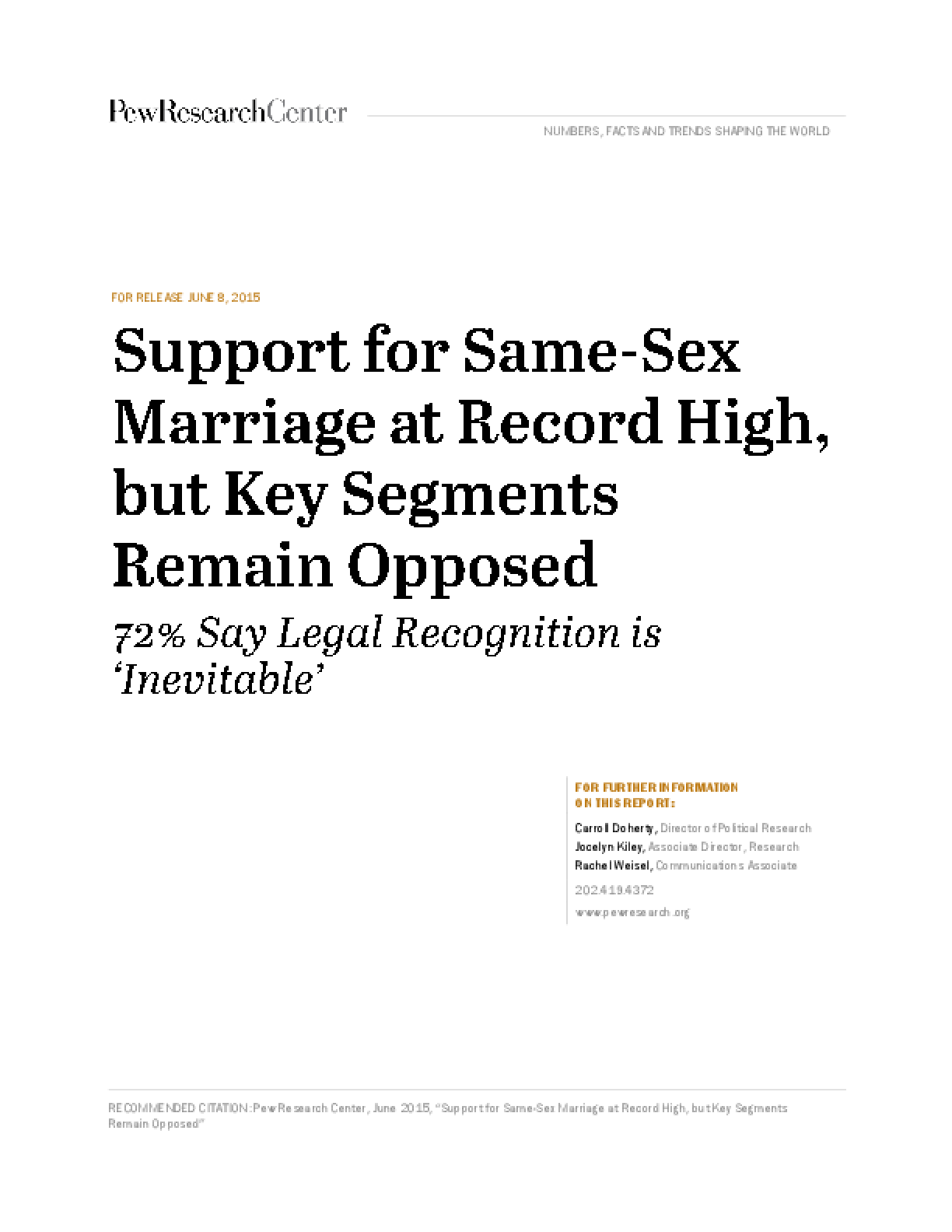