Supporting and Enhancing the Lives of Our Aging Population: Evaluation of Our Aging Society Program 2011-2013

The San Diego Foundation contracted with Harder+Company in 2013 to perform an evaluation of the Our Aging Society program 2011 – 2013. This evaluation analyzes programmatic final reports from grantees (organizations) for the 2011 and 2012 program years, along with a survey conducted in 2013 by Harder+Company with program participants (seniors participating in these programs). The following themes emerged.

Increased social connections. Many older adults have difficulty developing and maintaining connections due to lack of social opportunities and decreased mobility. Participants reported that this program helped them meet with more friends and family members, and that they more frequently participated in social activities during and after participating in the Our Aging Society program.

Decreased isolation. Our Aging Society participants reported feeling less isolated, left out, or lacking companionship after they participated in the program. 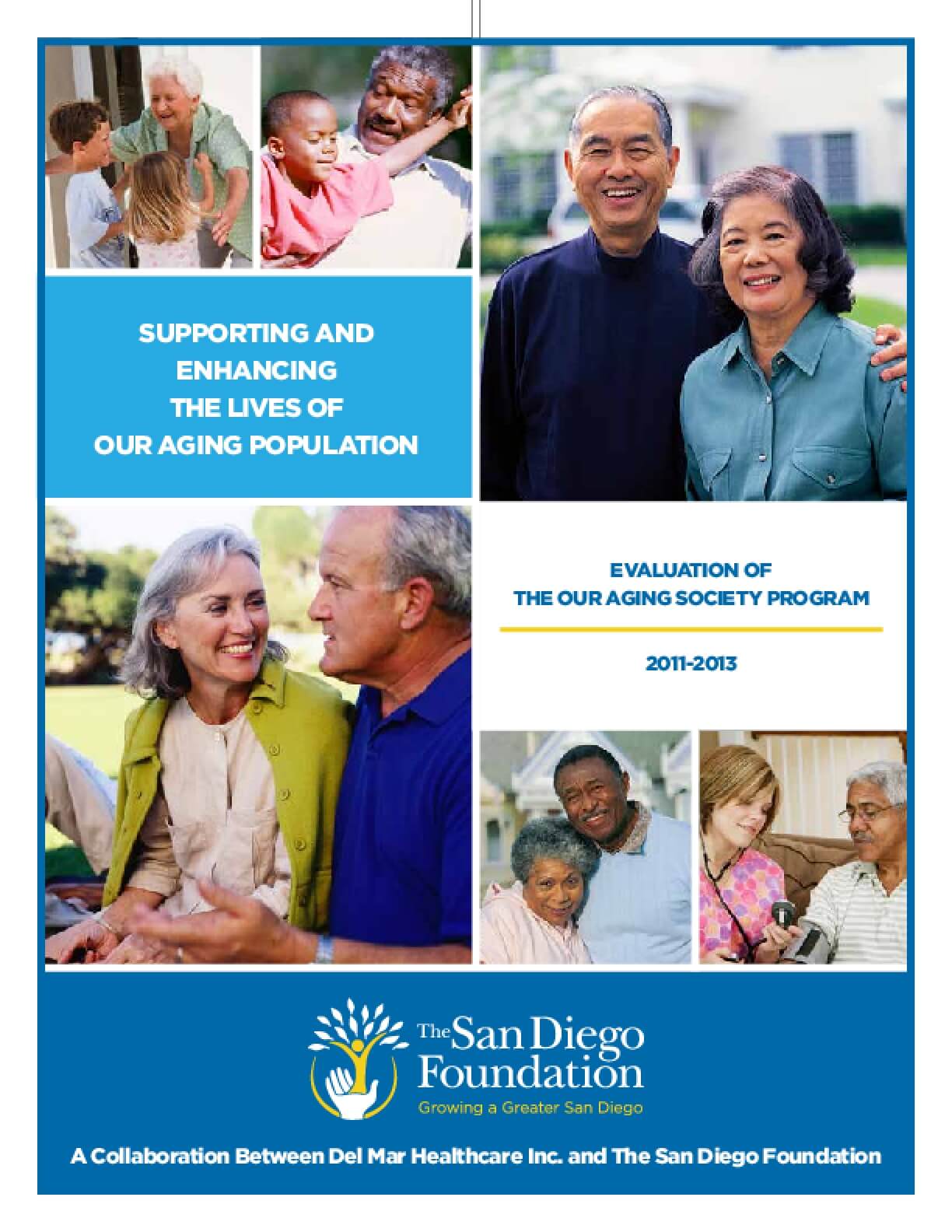