In September 2011, waves of protests against mounting socioeconomic injustice broke out across the United States, capturing the attention of the country. The Occupy Wall Street movement, inspired by similar protests around the globe, used the occupation of public space and mass demonstrations to call attention to a wide array of shared concerns. The movement also used public assemblies to debate concerns and promote direct democratic participation. Within weeks of their emergence, the protests dramatically expanded and deepened U.S. political discourse around the widening gap between rich and poor, bank bailouts and impunity for financial crimes, and the role of money in politics.

The response of U.S. authorities to the protests also received significant attention. Images of police using pepper spray on seated students, the arrests of thousands of peaceful protesters across the country, midnight raids on encampments, baton-swinging officers, marches accompanied by phalanxes of riot police, and officers obstructing and arresting journalists were beamed around the world.

This is the first in a series of reports examining the responses of U.S. authorities to the Occupy protests. Through an eight-month-long study of the response in New York City, together with comparative data collected from cities across the United States, this report highlights major policy concerns and serious violations of the rights of protesters. Further detailed studies will be published in the coming months on the response of authorities in Boston, Charlotte, Oakland, and San Francisco.

Government responses to Occupy Wall Street in the United States have varied significantly, both within and across cities. Indeed, there have been examples of good practice, including through welcoming assemblies, using modern democratic policing styles that promote negotiation to facilitate protests, and enforcing strict controls on any use of police force.

But across the United States, abusive and unlawful protest regulation and policing practices have been and continue to be alarmingly evident. This report follows a review of thousands of news reports and hundreds of hours of video, extensive firsthand observation, and detailed witness interviews. 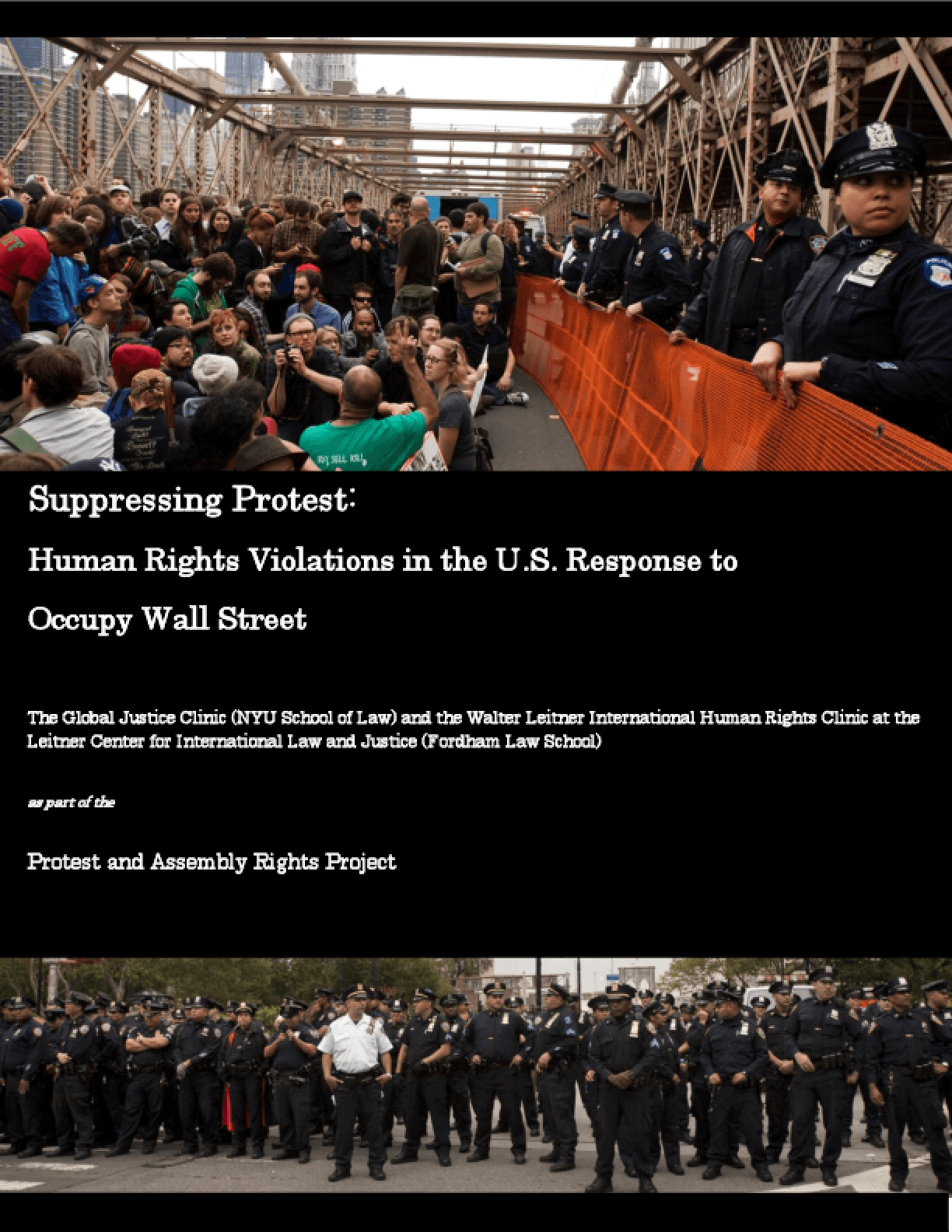