In the fall of 2007, Northern California Grantmakers—in partnership with Southern California Grantmakers and San Diego Grantmakers—commissioned the Foundation Center to conduct a survey of California foundations with the goal of collecting baseline data on the diversity of foundation boards and staffs and the extent to which foundations have diversity-related policies and guidelines in place. Invitations to complete the survey online were sent by mail and email to all 214 California-based foundations that belonged to one of the three regional associations of grantmakers at the time the survey was ready to launch in December 2007. Using the Foundation Center's grantmaker database, this set of regional association members was supplemented with all California community and corporate foundations, as well as the top 1,200 California-based independent and operating foundations (by assets) that were not association members. In total, 1,600 foundations were invited to participate in the survey. Survey responses were collected through mid-April 2008. 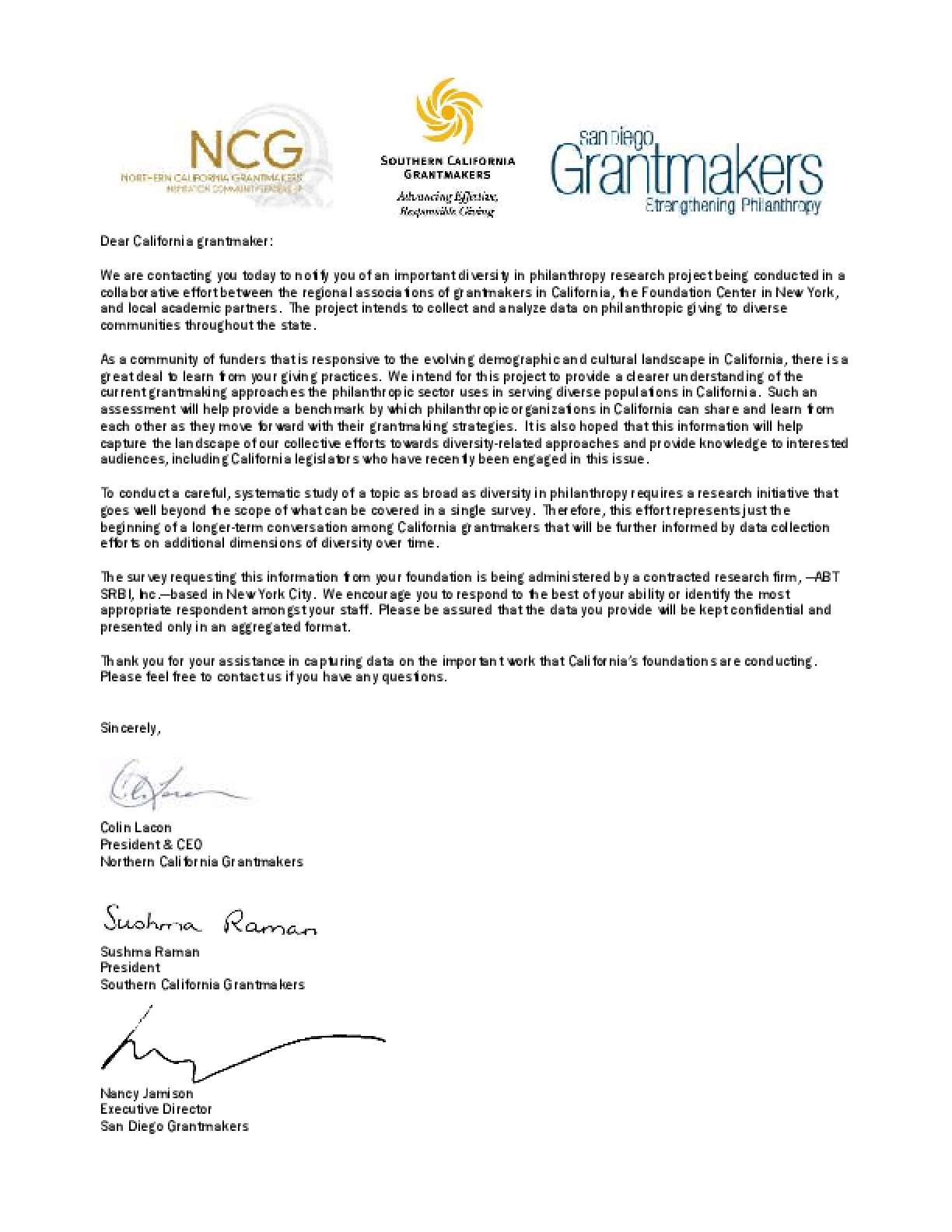