Analyzes data on risk of school suspension by race/ethnicity, gender, and disability status in nearly five hundred districts; highlights research showing suspensions to be ineffective and harmful; and calls for implementing evidence-based alternatives. 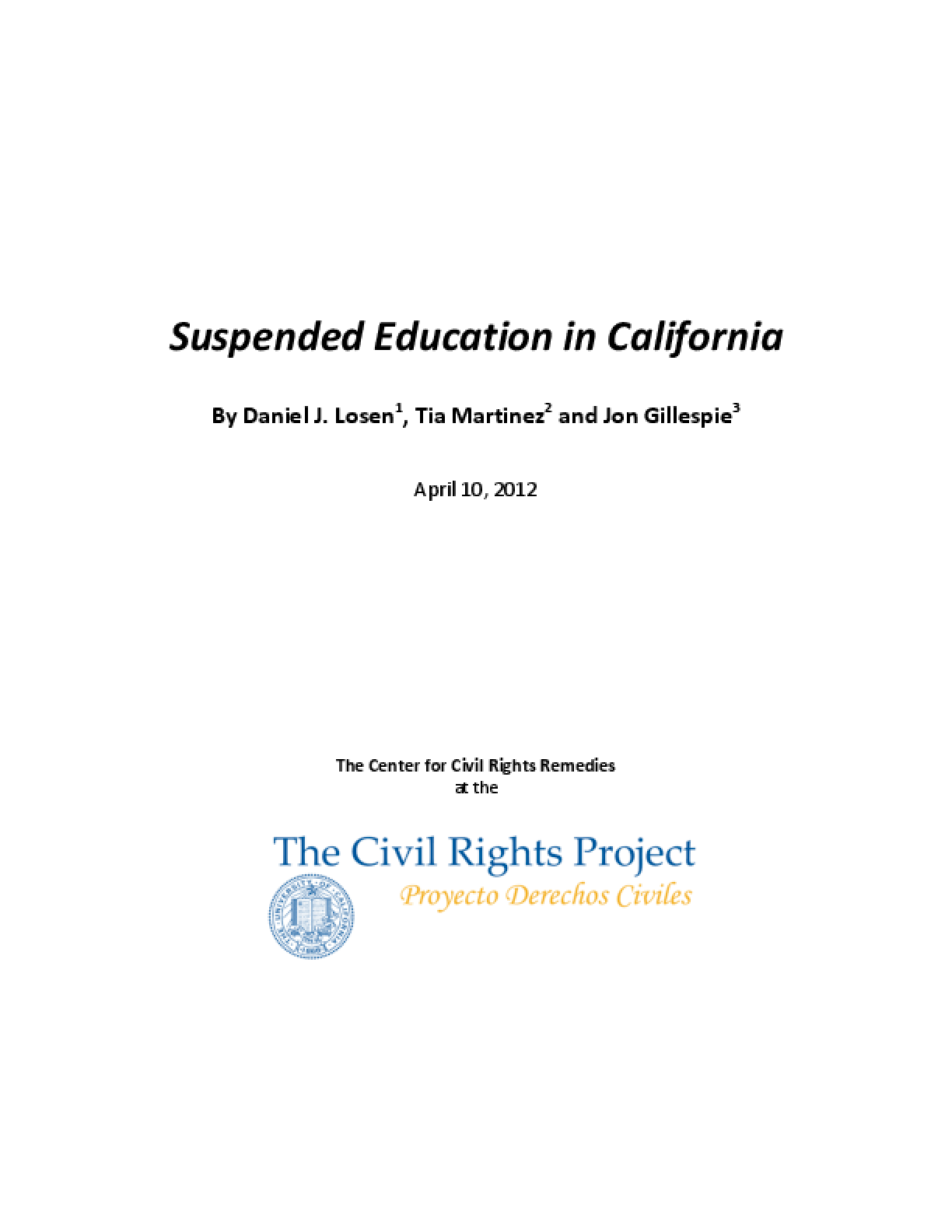