Oxfam has calculated that nearly half of the world's top donors didn't give their fair share of aid to the Syria crisis in 2014, based on the size of their economies.

The numbers of people in need as a result of the conflict in Syria continues to rise, but the international humanitarian response has not kept pace. Now, in 2015 aid actors estimate that $8.7bn is needed to support 18 million people in Syria and neighbouring countries. Based on the size of rich countries' economies, Oxfam has determined what an equitable share of the required funds would look like for each donor state. So far, for 2015, only the UK has pledged its 'fair share' ahead of the Kuwait donor conference on 31 March 2015, and overall appeals are only 9.8% funded. The donor conference is an opportunity to reverse this shortfall. Failure to do so will have a devastating effect on millions of civilians in Syria and its neighbouring countries.

Oxfam has developed indicators to help guide the fair level of commitment that each wealthy country should make in 2015 to alleviate the suffering of those affected by the Syria crisis: 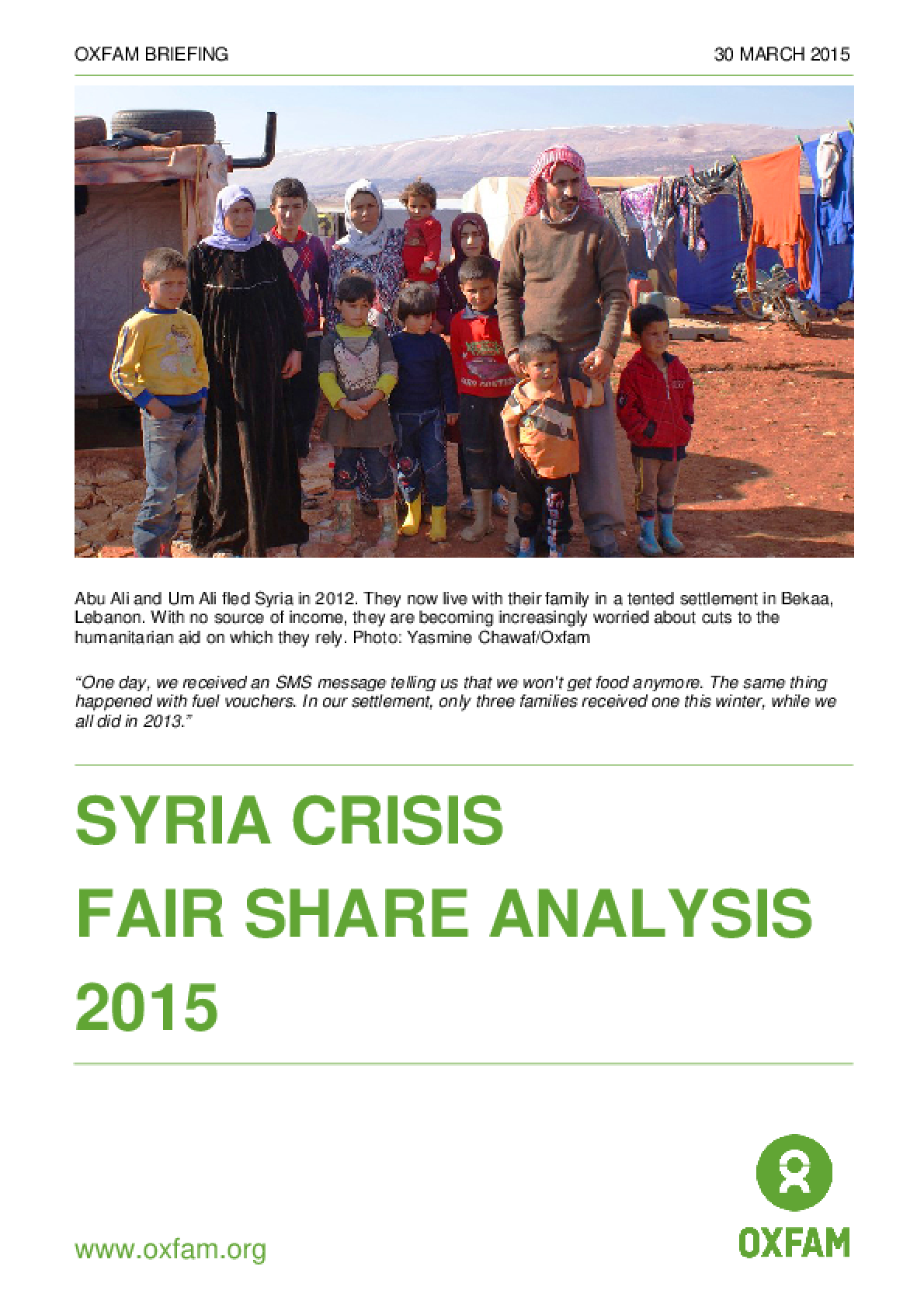