As the Senate prepared to vote on its version of the U.S. Department of Agriculture's (USDA) budget, Public Citizen released an investigation to illustrate how big agribusiness used millions of dollars in lobbying expenditures and campaign contributions, and a network of Washington insiders with close connections to the Bush administration and Congress, to thwart a consumer-friendly provision mandating country-of-origin labeling, popularly known as COOL. Mandatory country-of-origin labeling would require beef, pork, lamb, fresh and frozen fruits and vegetables, fish, and peanuts to be labeled with where they were raised, grown or produced. Although the 2002 Farm Bill stipulated that the new program be implemented by September 2004, mandatory COOL has been postponed by Congress -- where lawmakers are under intense pressure from the meat and grocery industries -- for two years. In June, the U.S. House of Representatives voted to once again delay COOL's implementation for meat until 2007. Industry is strongly lobbying the Senate to either delay the funding for the USDA to work on COOL or turn it into a "voluntary" program. Public Citizen analyzed donations from 19 companies and trade associations, each of which has announced opposition to mandatory country-of-origin labeling and has registered to lobby against COOL. They have contributed a total of $12.6 million to candidates for Congress and in soft money to the Republican and Democratic parties since 2000. These companies have focused their giving on 64 members of Congress who have sponsored a bill to replace the mandatory country-of-origin requirement with a voluntary one, which is considerably weaker and does not empower consumers with the right to know where their food is from. Instead, it offers industry a way to hide critical information from the public. These 64 members, accounting for only 12 percent of Congress, have received 28 percent of contributions to candidates from the COOL foes. 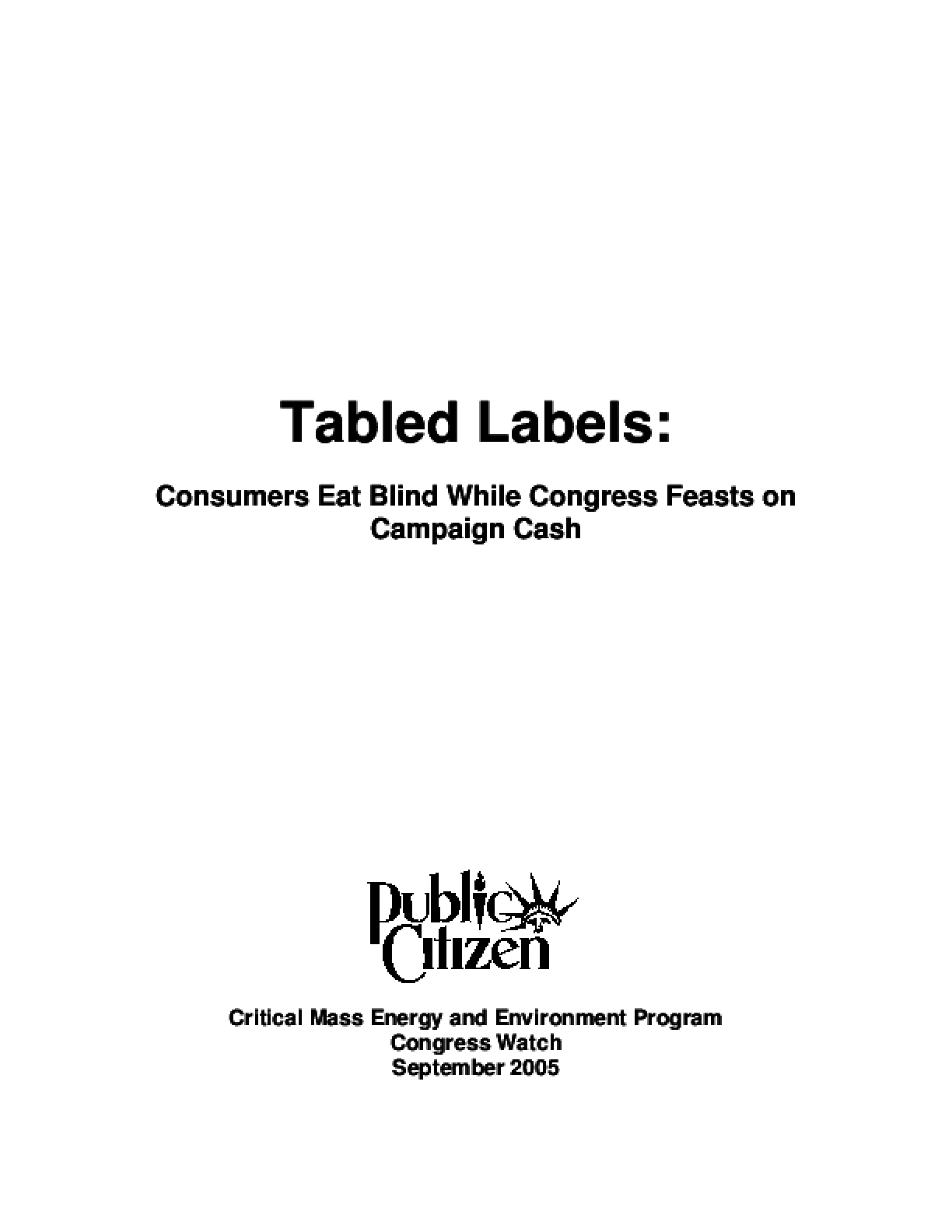