Take and Give: The Crimes and Philanthropy of Bank of America, Wells Fargo, Goldman Sachs, and JPMorgan Chase

A number of factors caused the global financial meltdown of 2008 and ensuing Great Recession, and economists debate their relative weight. But no one disputes the central importance of the bursting of the U.S. subprime mortgage bubble -- a bubble that swelled and metastasized throughout the global economy via credit derivatives. And reputable, independent economist disputes that JPMorgan Chase (JPMC), Bank of America (BoA), Goldman Sachs and Wells Fargo played a big role in creating that bubble. The megabanks are spending hundreds of millions of dollars on paid and earned media to stop the free fall of their public opinion rating, boasting they are in fact a global force for good. They are especially keen to bring a specific version of this message to government officials: that they played no or little role in the financial meltdown and that their beneficial work greasing the wheels of commerce is encumbered by recently enacted financial reforms designed to prevent another collapse. As the National Committee for Responsive Philanthropy (NCRP) has no special legal or economic expertise, this essay does not evaluate the banks' claims of innocence regarding the financial meltdown and their arguments against Dodd-Frank. But as the only independent watchdog of institutional philanthropy and author of previous analyses of bank philanthropy, NCRP is uniquely well qualified to evaluate the megabanks' sweeping claims of extraordinary corporate largesse that constitute a large part of their massive public relations campaigns. 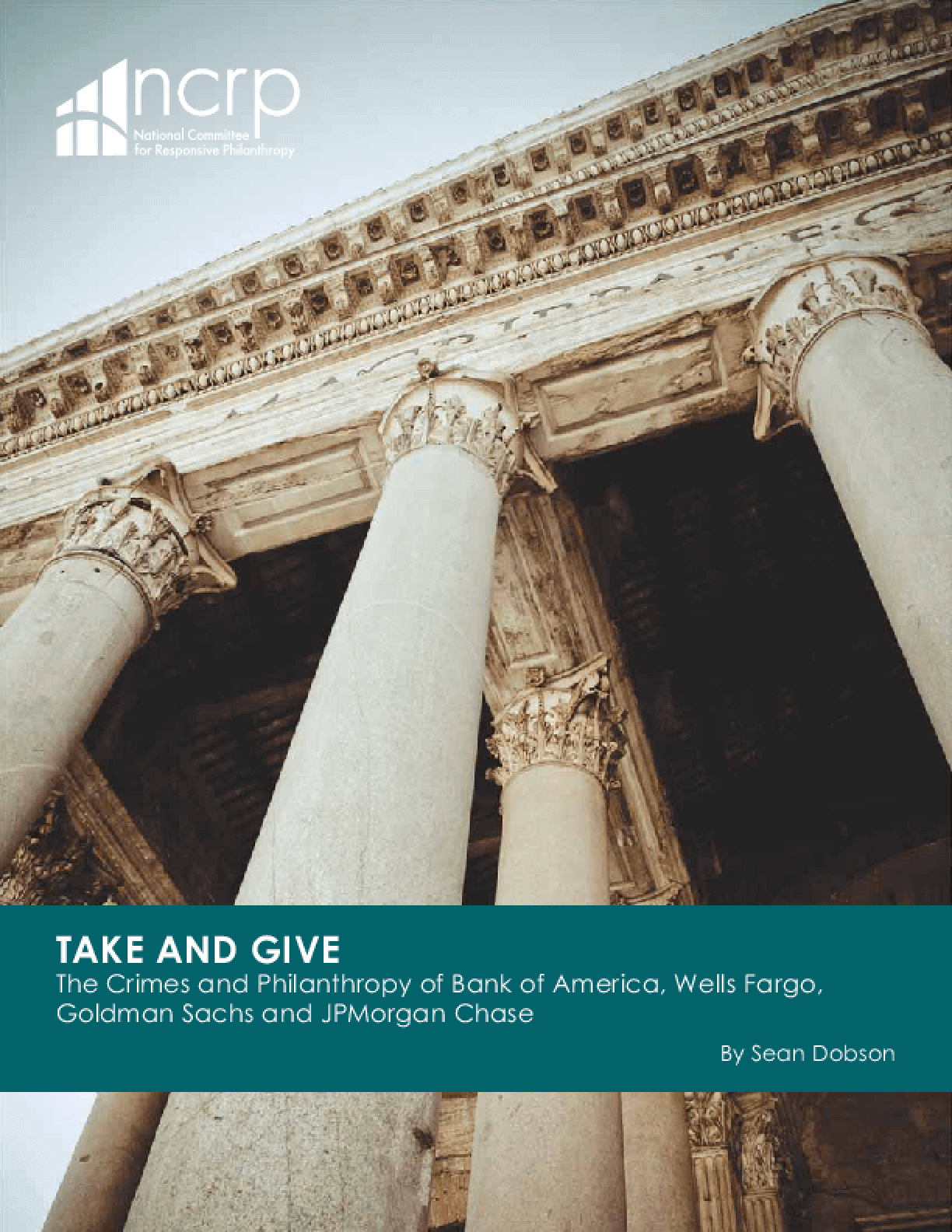