Task Force Report on Streamlining and Consolidating Congressional Oversight of the U.S. Department of Homeland Security

Nearly a decade after the 9/11 Commission issued its report on the greatest act of terrorismon U.S. soil, one of its most significant recommendations has not been acted upon. The call for consolidated Congressionaloversight of the U.S. Department of Homeland Security (DHS) is, in the words of Commission co-chair Thomas H. Kean, "maybe the toughest recommendation" because Congress does not usually reform itself. To underscore the importance of this reform, The Annenberg Foundation Trust at Sunnylands and the Aspen Institute's Justice and Society Program convened a task force in April 2013, including 9/11 Commission cochairs Kean and Lee H. Hamilton, former DHS officials under Presidents Barack Obama and George W. Bush, and members of Congress (Appendix). While the failure to reform DHS oversight may be invisible to the public, it is not without consequence or risk. Fragmented jurisdiction impedes DHS' ability to deal with three major vulnerabilities: thethreats posed by small aircraft and boats; cyberattacks; and biological weapons."I think we've been distinctly less securefrom a biological or chemical attack than wewould have been had we had a more rationaland targeted program of identifying the most serious threats," said former Sen. BobGraham (D., Fla.). As the 9/11 Commission Report noted: "So long as oversight is governed by current Congressional rules and resolutions, we believe that the American people will not get the security they want and need." Earlier work by policy groups such as the Heritage Foundation and Brookings Institution attests to the consensus that consolidated oversight of DHS is needed. Among the concerns: More than 100 Congressional committees and subcommittees claim jurisdiction over it. In 2009, the department spent the equivalent of 66 worky ears responding to Congressional inquiries.Moreover, the messages regarding homeland security that come out of Congress sometimes appear to conflict or are drowned outaltogether. As former DHS Secretary Michael Chertoff noted, "When many voices speak, it's like no voice speaks." The task force recommends that: 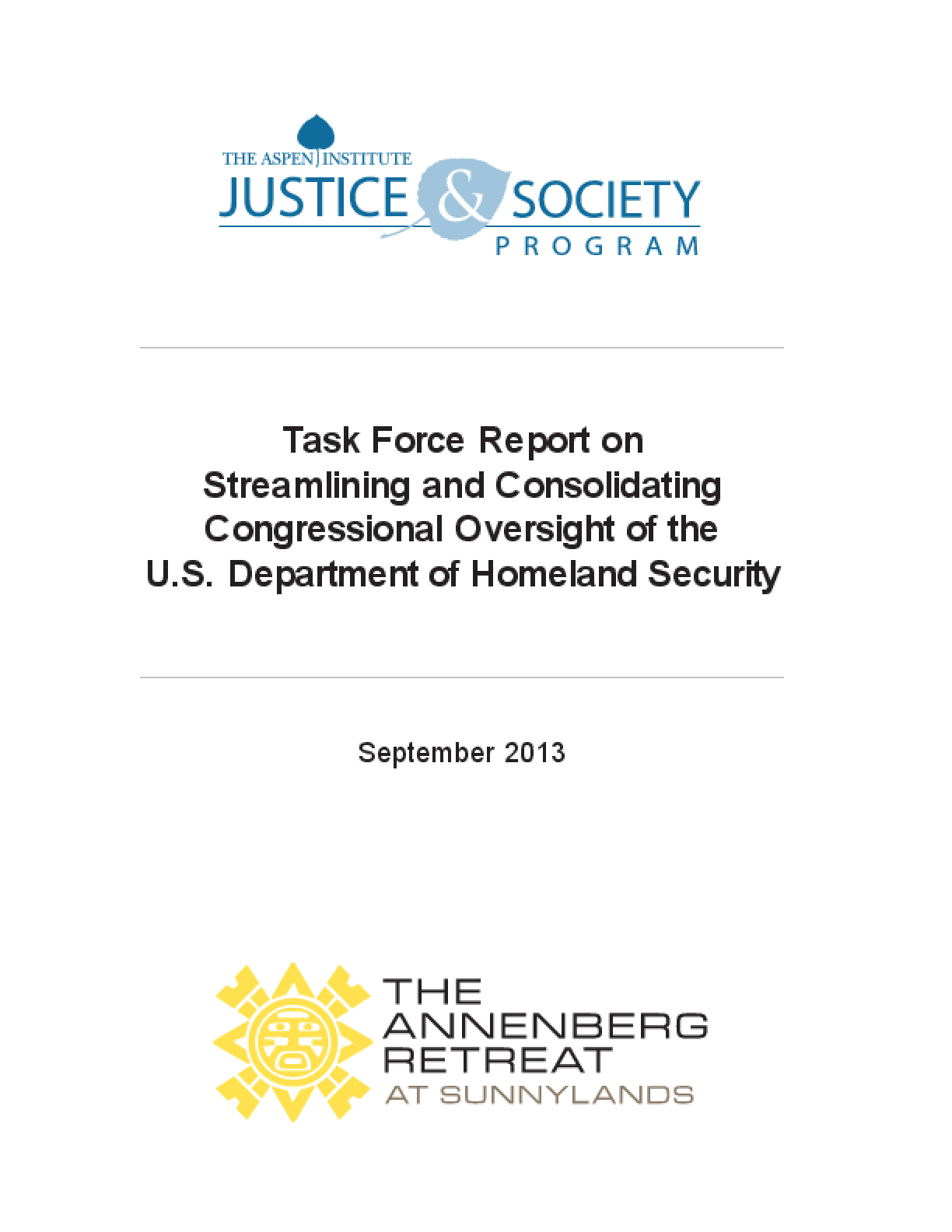