Teaching the Movement 2014: The State of Civil Rights Education in the United States

Three years ago, prompted by reports showing that American students knew little about the modern civilrights movement, the Southern Poverty Law Center launched an investigation into what -- in the form of standards -- states expected teachers to teach and students tolearn. We found that most states demanded little instruction in this area. In casting the movement as a regional matter, or a topic significant to African-American students only, the states failed to recognize the profound national significance of the movement. Their standards and frameworks sent the message that the movement could safely be ignored. Three years later, we see some improvement in the message that states send to their teachers and students.In some cases, states have modified and strengthened their standards. Most of the improvement, however, was captured because we widened our lens to look beyond what states required, to include resources and materialsthey offered teachers. This 2014 report expands and improves upon our previous report in three ways. First, we invited states to self-report on their programs, processes and progress in teaching the movement. Second, the report includes a comprehensive review of the resources that states provide to teachers. These resources include curricula, lesson plans and original historical documents. Third, the ratings resulted from a more nuanced evaluation of both the state standards and resources. 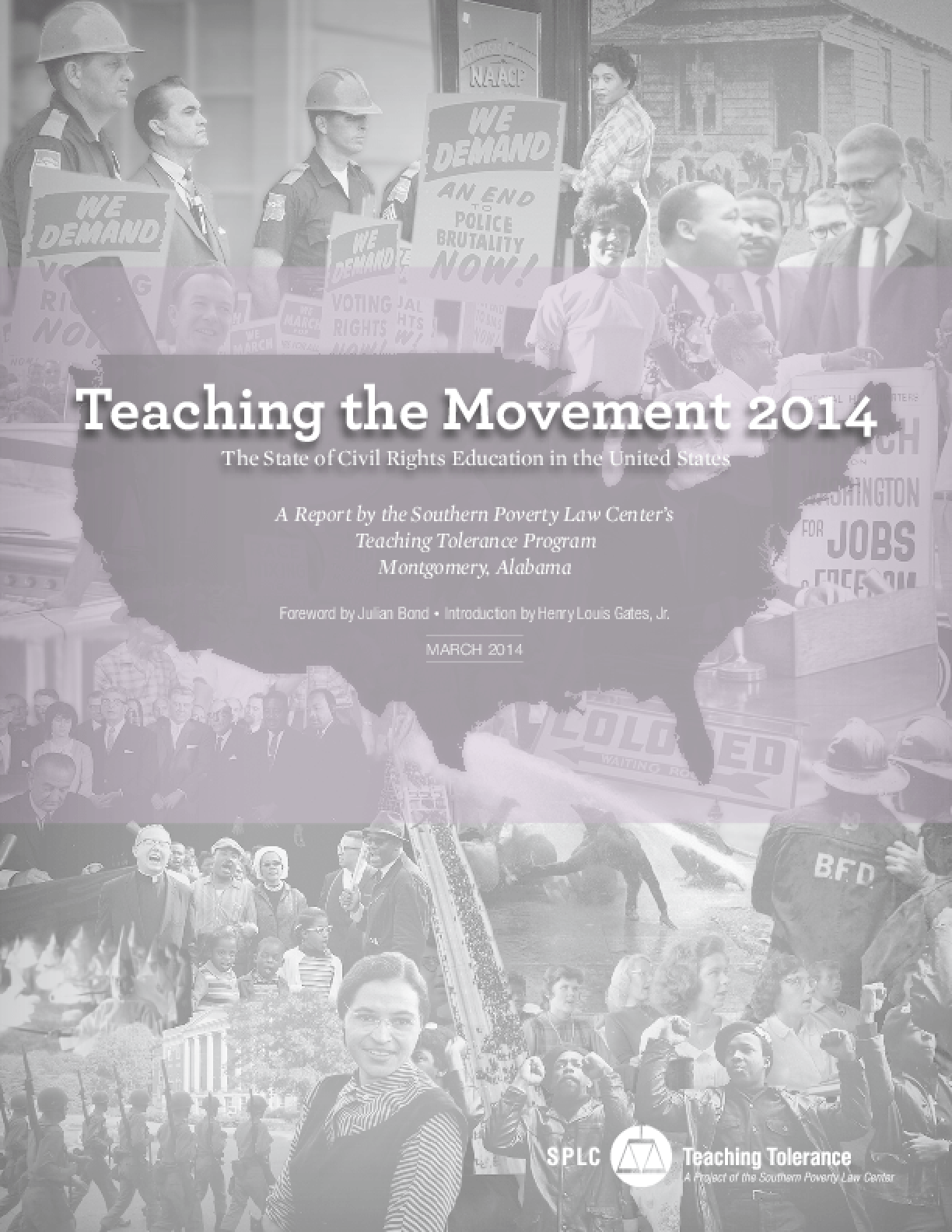