New and young businesses -- as opposed to small businesses generally -- play an outsized role in net job creation in the United States. But not all new businesses are the same -- the substantial majority of nascent entrepreneurs do not intend to grow their businesses significantly or innovate, and many more never do. Differentiating growth-oriented "startups" from the rest of young businesses is an important distinction that has been underrepresented in research on business dynamics and in small business policy. To advance the conversation, we contrast business and job creation dynamics in the entire U.S. private sector with the innovative high-tech sector -- defined here as the group of industries with very high shares of employees in the STEM fields of science, technology, engineering, and math. We highlight these differences at the national level, as well as detailing regions throughout the country where high-tech startups are being formed each year. The major findings include: * The high-tech sector and the information and communications technology (ICT) segment of high-tech are important contributors to entrepreneurship in the U.S. economy. During the last three decades, the high-tech sector was 23 percent more likely and ICT 48 percent more likely than the private sector as a whole to witness a new business formation. * High-tech firm births were 69 percent highe rin 2011 compared with 1980; they were 210 percent higher for ICT and 9 percent lower for the private sector as a whole during the same period. This is important because the productivity growth and job creation unleashed by these new and young firms -- aged less than five years -- require a continual flow of births each year. * Of new and young firms, high-tech companies play an outsized role in job creation. High-tech businesses start lean but grow rapidly in the early years, and their job creation is so robust that it offsets job losses from early-stage business failures. This is a key distinction from young firms across the entire private sector, where net job losses resulting from the high rate of early-stage failures are substantial. * Young firms exhibit an "up-or-out" dynamic,where they tend to either fail or grow rapidly in the early years. The job-creating strength of surviving young firms, while strong for young businesses across the private sector as a whole, is especially distinct for high-tech startups: the net job creation rate of these surviving young firms is twice as robust. * High-tech and ICT firm formations are becoming increasingly geographically dispersed. As technological advancement allows for the production of high-tech goods and services in a wider set of areas, many regions are catching up. The opposite has been true for the private sector as a whole, where new business growth has been occurring most in regions with already higher rates of new business formation. 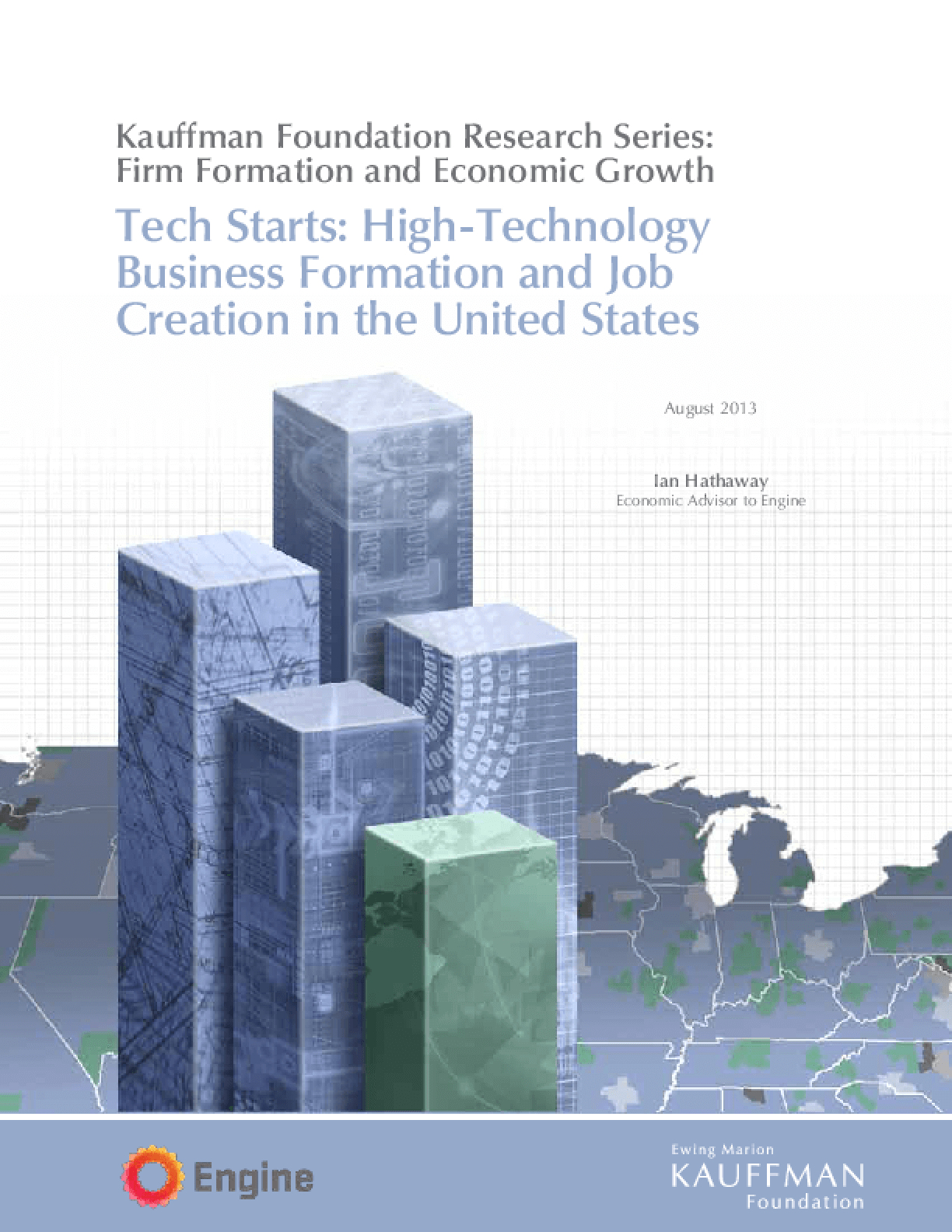