This research brief explores whether the data reflect a short-term blip or a true reversal in the decline of the U.S. teen birth rate. It also considers potential explanations for the uptick in teen births, and raises data and research gaps that must be filled to inform public and private prevention efforts. Among the findings: --Declines in teen contraceptive use may have played some role in the teen birth rate increase. Between 2003 and 2005, a slightly greater percentage of high school girls reported using no method of birth control the last time they had sex. --Recent declines in teen sexual activity have stalled. --Economic hardship and the rising cost of certain birth control methods may also have made contraception less affordable for some teens. --National data indicate a significant decline between 1995 and 2002 in the percentage of students who report having received formal contraceptive education. This brief is based on a paper by Kristin Anderson Moore, Ph.D., that resulted from a meeting of experts and researchers convened by the National Campaign to Prevent Teen and Unplanned Pregnancy. 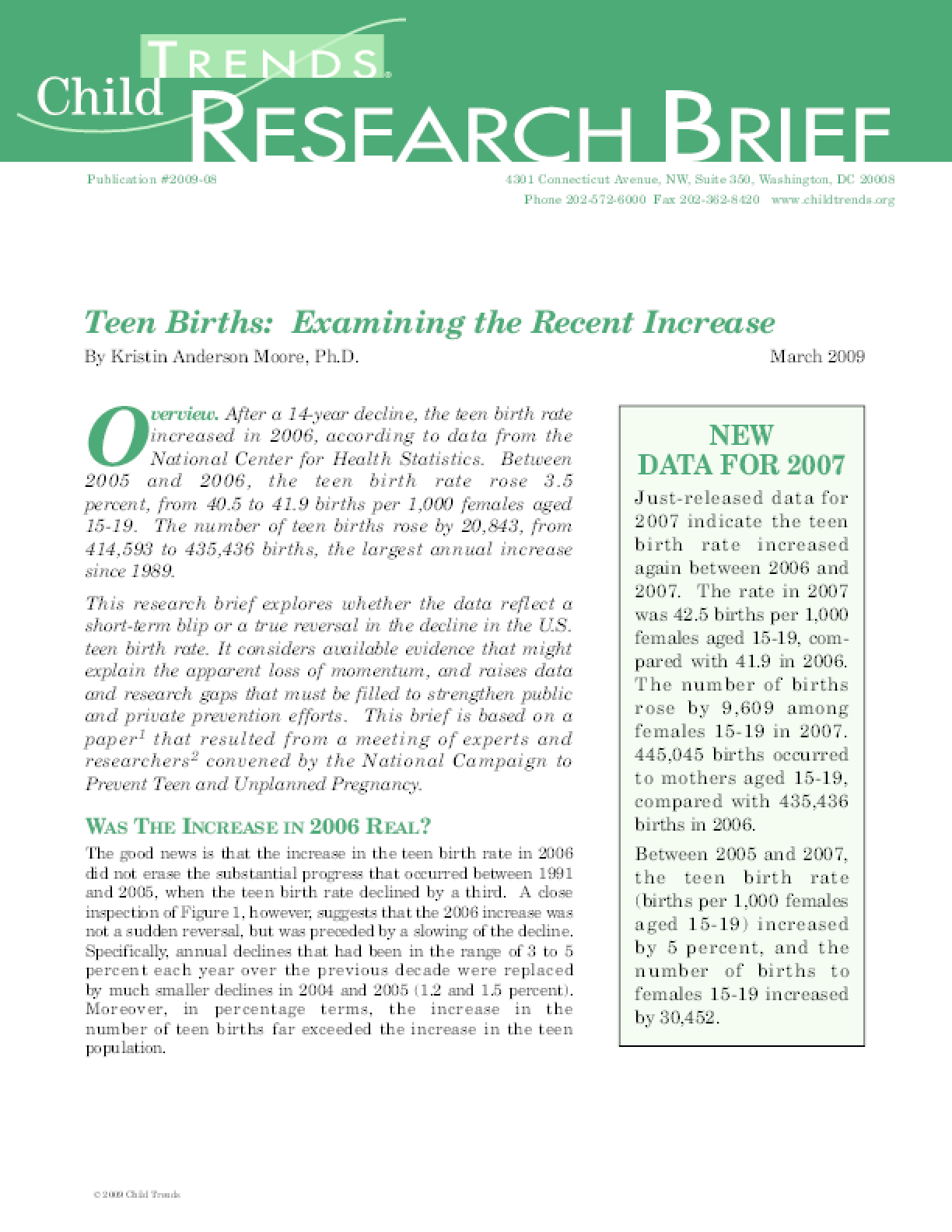