Teens and the News : The Influencers, Celebrities, and Platforms They Say Matter Most

by Michael B. Robb

This report presents the results of a survey of more than 800 U.S. 13- to 18-year-olds. The survey covers the kinds of news sources that teens use, how frequently they engage with those sources, and their feelings about the news. The data is presented for younger (13- to 15-year-old) and older (16- to 18-year-old) teens, in addition to being analyzed by gender, race/ethnicity, and political ideology.

The report also tracks changes in teens' news behaviors and attitudes between 2017 and 2020, comparing the current results to those found in the first wave of the study. The report used a separate sample of respondents, with the text and format of the current questionnaire staying as close as possible to the previous one (allowing for some modest changes to reflect the changing news environment). 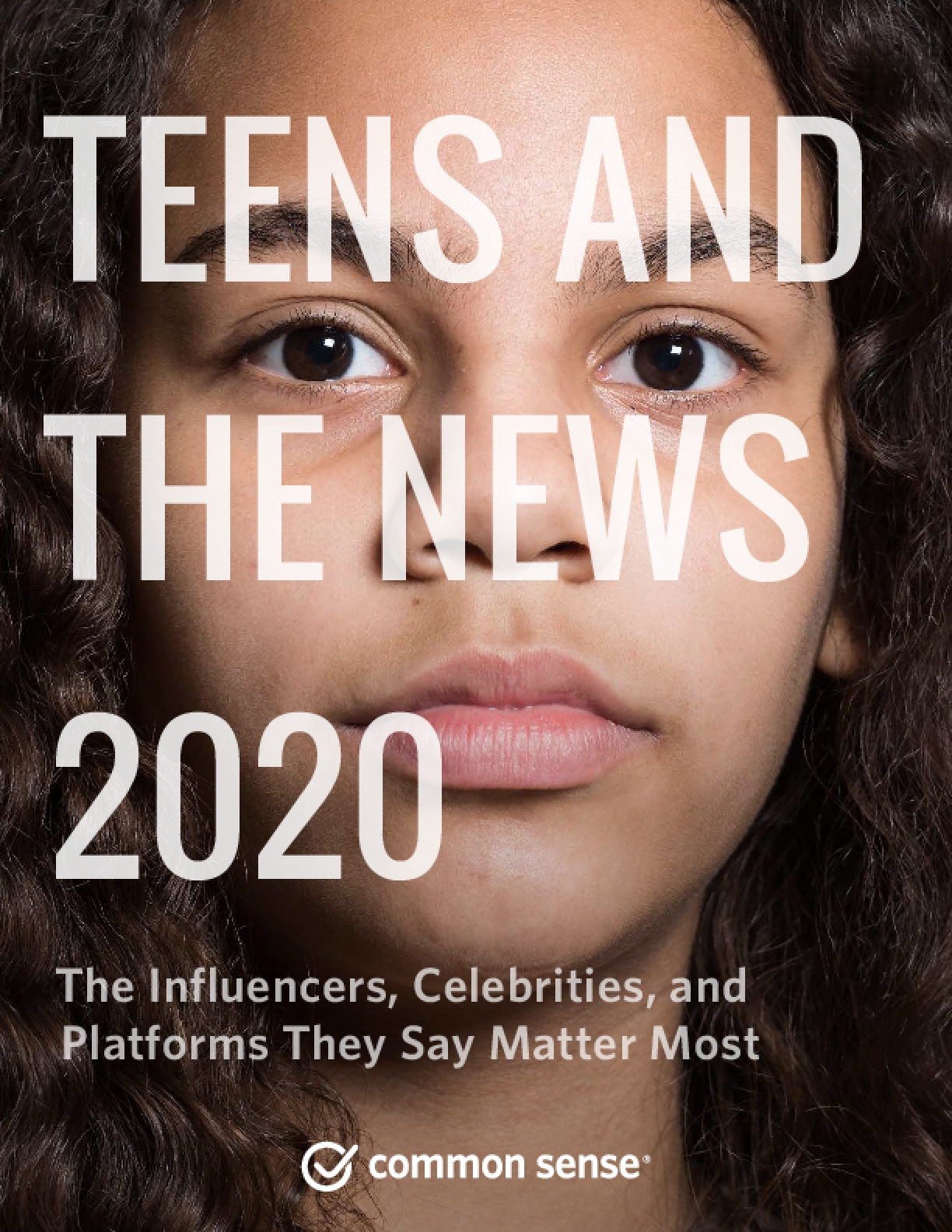