Teensites.com: A Field Guide to the New Digital Landscape

A 2001 report from the Center for Media Education, provided here as background to work produced by Kathryn Montgomery after coming to American University and CSM (see http://www.centerforsocialmedia.org/resources/publications/ecitizens/index2.htm -- Youth as E-Citizens'), surveys the burgeoning digital media culture directed at -- and in some cases created by -- teens.

This report surveys the burgeoning new media culture directed at -- and in some cases created by -- teens. TeenSites.com -- A Field Guide to the New Digital Landscape examines the uniquely interactive nature of the new media, and explores the ways in which teens are at once shaping and being shaped by the electronic culture that surrounds them. 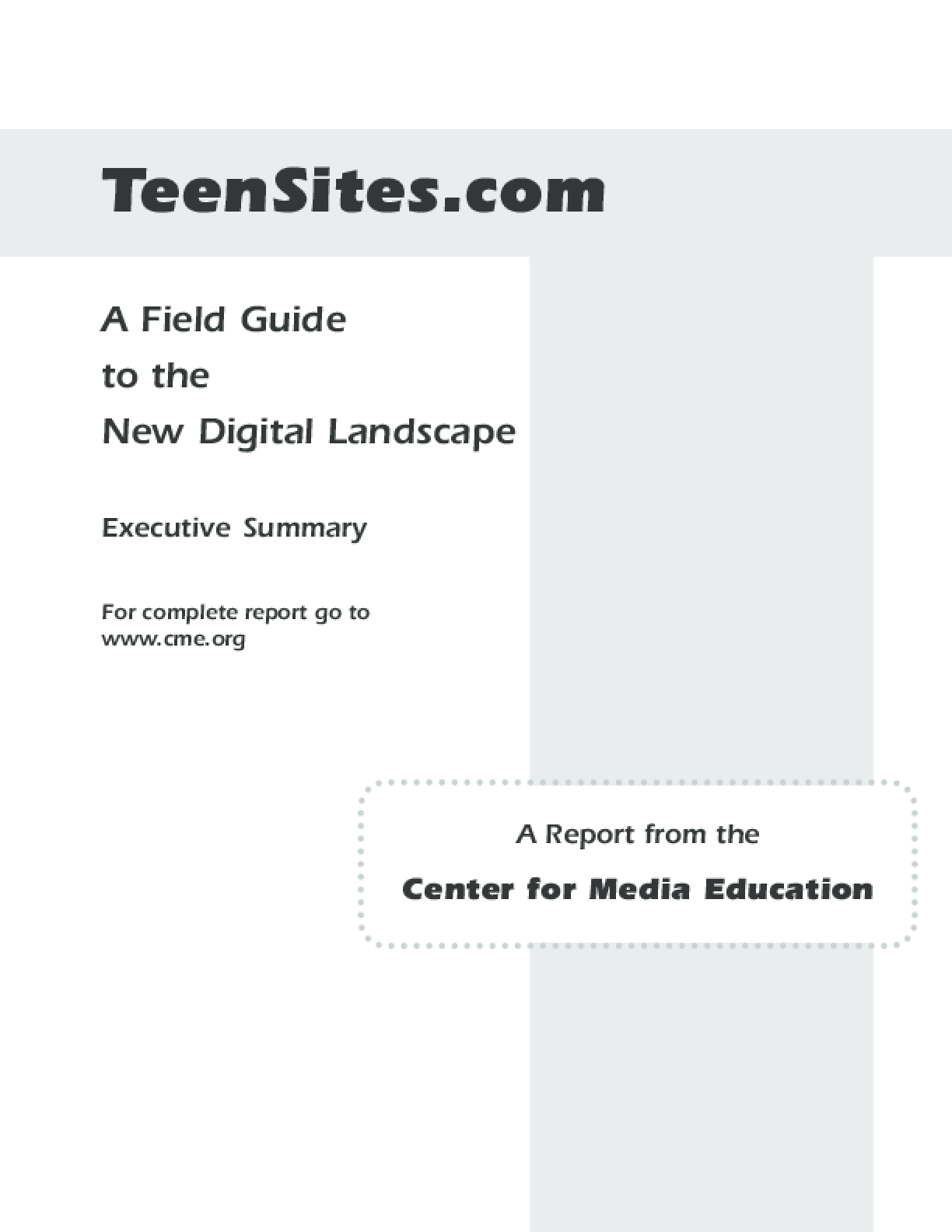