Tempering the Immigration Debate: An Assessment of the American Dream Fund

In 2003, the John S. and James L. Knight Foundation joined with Ford, Carnegie and others in a national effort to encourage immigrant civic participation, and a year later, Knight adopted a variation of that strategy: funding a wide array of local, grassroots nonprofits in Knight communities. Its name: the American Dream Fund. A review of reports and interviews with nearly 20 people involved in all facets of the American Dream Fund shows that: 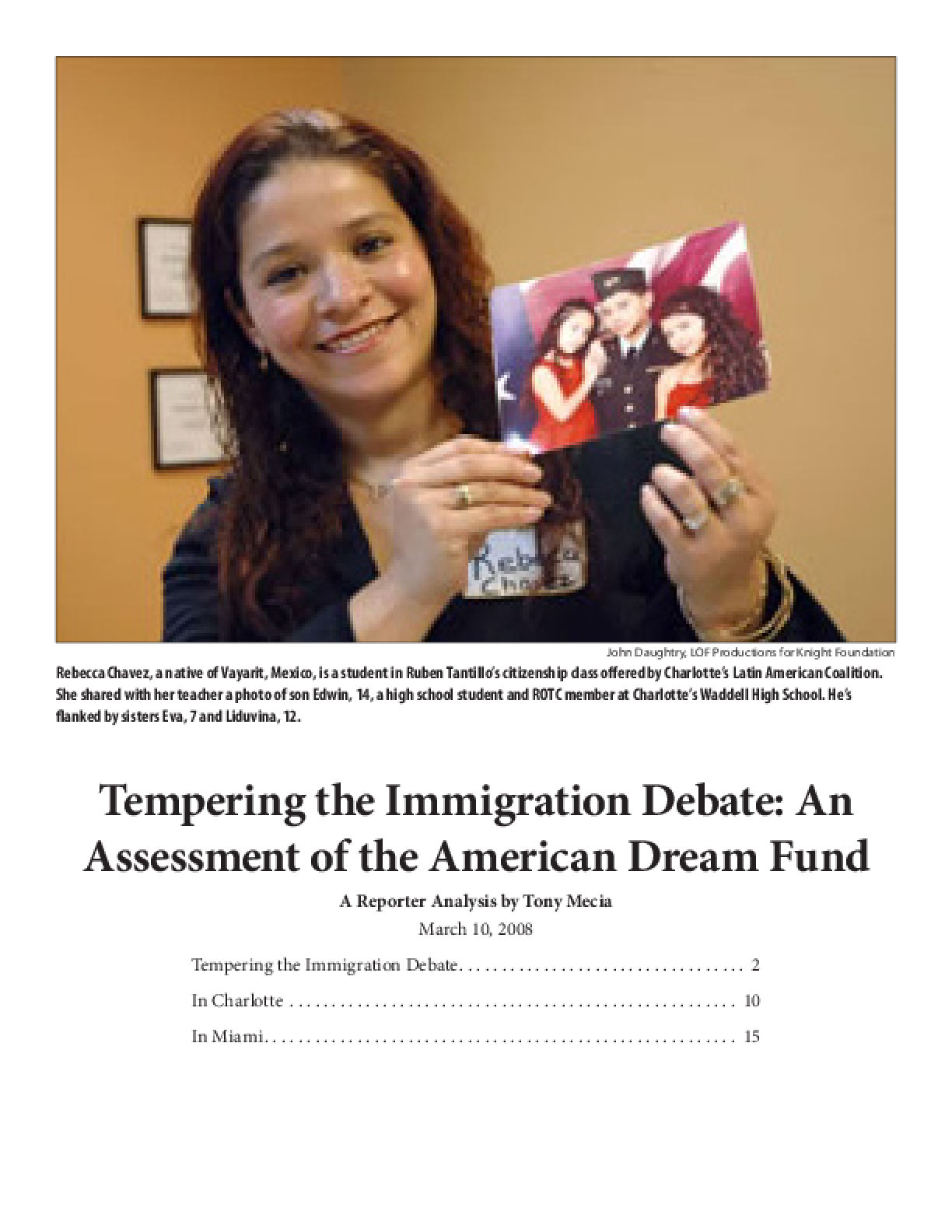