The 2007 Poverty Scorecard: Rating Members of Congress assigns letter grades to each member of the United States Senate and House of Representatives according to their voting records on the most important poverty-related issues that came to a vote in 2007, including legislation on affordable housing, health care, education, labor, tax policy and immigrants' rights. With the help of a national advisory board and other anti-poverty experts, the Shriver Center identified and analyzed fourteen critical Senate votes and fifteen critical House votes. Sen. John Edwards endorsed the Shriver Center's Poverty Scorecard, the only national analysis that ranks Members of Congress solely on their performance in fighting poverty, in a teleconference release yesterday. "This Scorecard is important because it looks at a whole range of critical issues, all of which will have to be addressed by the country in order to deal with millions of Americans, more than the population of California, who live in poverty every single day," said Edwards. "We can get the Congressional leadership that we need, but it's absolutely crucial that voters be educated, that they know who's doing the right thing and who's not." 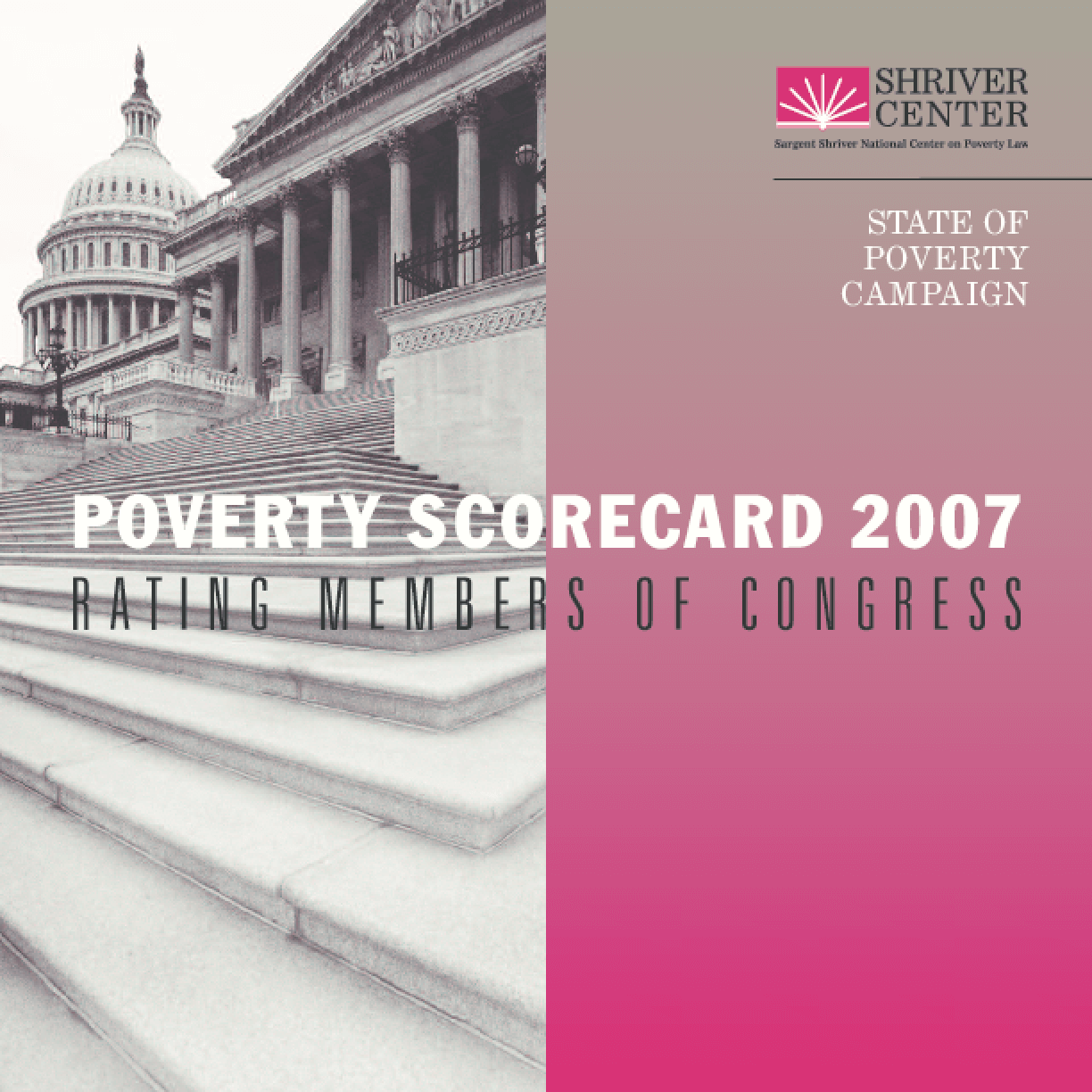