The 2018 Nobel Laureates and Foreign-Born Scholars in the U.S. Higher Education System

Each year, the Nobel Prize is awarded to outstanding individuals in the fields of Economics, Physics, Medicine or Physiology, Chemistry, Literature, and Peace. Unlike in prior years, in 2018, none of the American winners were foreign-born individuals who immigrated to the United States or who were working at a U.S. institution at the time they won. But the United States did play an important role in their formation; nine of the twelve 2018 Nobel Laureates were either students, teachers, or research fellows at U.S. institutions of higher education at some point in their lives, even if they were not born in the United States. Three of the 2018 Nobel Laureates were foreign-born academics who spent considerable time at U.S. institutions. Their stories are the stories of dozens of foreign-born Nobel Prize Laureates and other gifted scientists who came to the United States to follow their dreams of knowledge and of genuine contribution to the wellbeing of humankind. 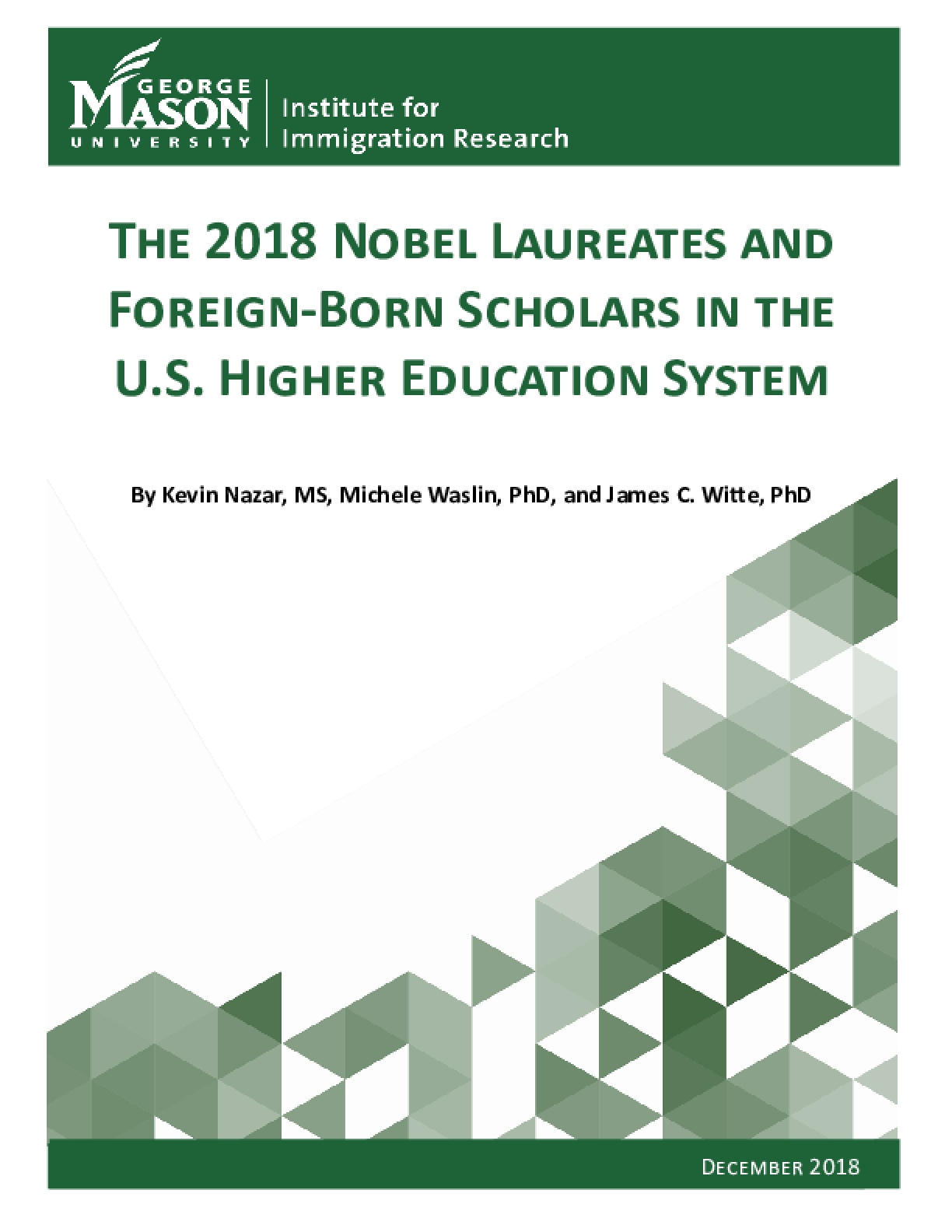