This report, released by the Center for Popular Democracy and Urban Youth Collaborative, reveals the staggering yearly economic impact of the school-to-prison pipeline in New York City, $746.8 million. In addition, it presents a bold "Young People's School Justice Agenda," which calls on the City to divest from over-policing young people, and invest in supportive programs and opportunities for students to thrive. New evidence of the astronomical fiscal and social costs of New York's school-to-prison pipeline demand urgent action by policymakers. The young people who are most at risk of harm due to harsh policing and disciplinary policies are uniquely situated to lead the dialogue about developing truly safe and equitable learning environments. This report highlights the vision for safe, supportive, and inclusive schools developed by these youth leaders. 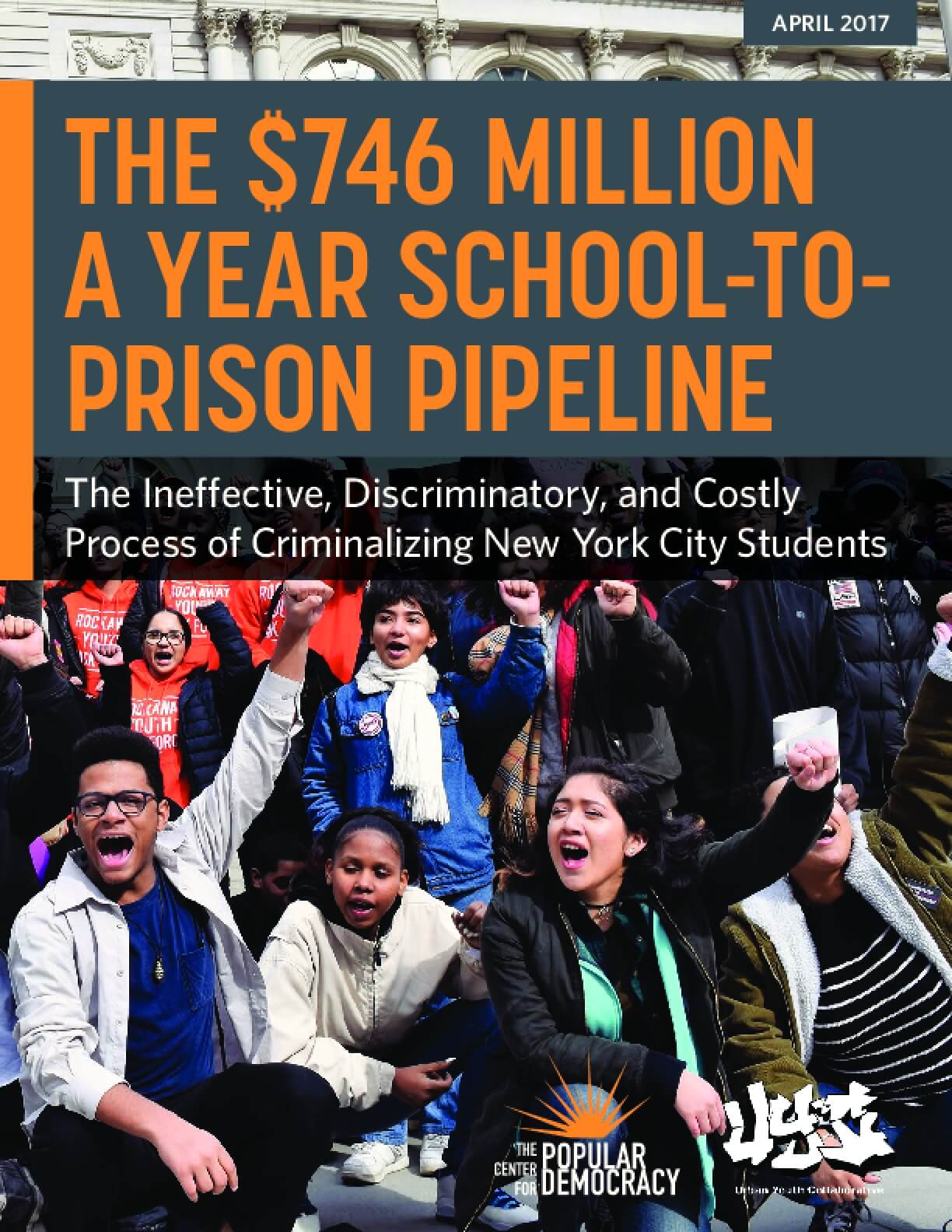