The pace of juvenile justice reform is accelerating across the nation. After a decade shaped by myths of juvenile "superpredators" and the ascendancy of harsh penalties and adult treatment for minors, momentum for systemic reform is growing. About half of the states are involved in some form of juvenile justice reform, often reversing punitive sanctions enacted in the 1980s and 1990s. Significant new research on public attitudes shows support for rehabilitating youthful offenders, and the demonstrated success of evidence-based practices is contributing to shifting the national debate. The tide is turning from a focus on harsh sanctions, automatic transfer to adult court, and removal of young people from their communities. What the public wants, and what the states are already developing, are rational and effective juvenile justice reforms that treat young people in developmentally appropriate ways. 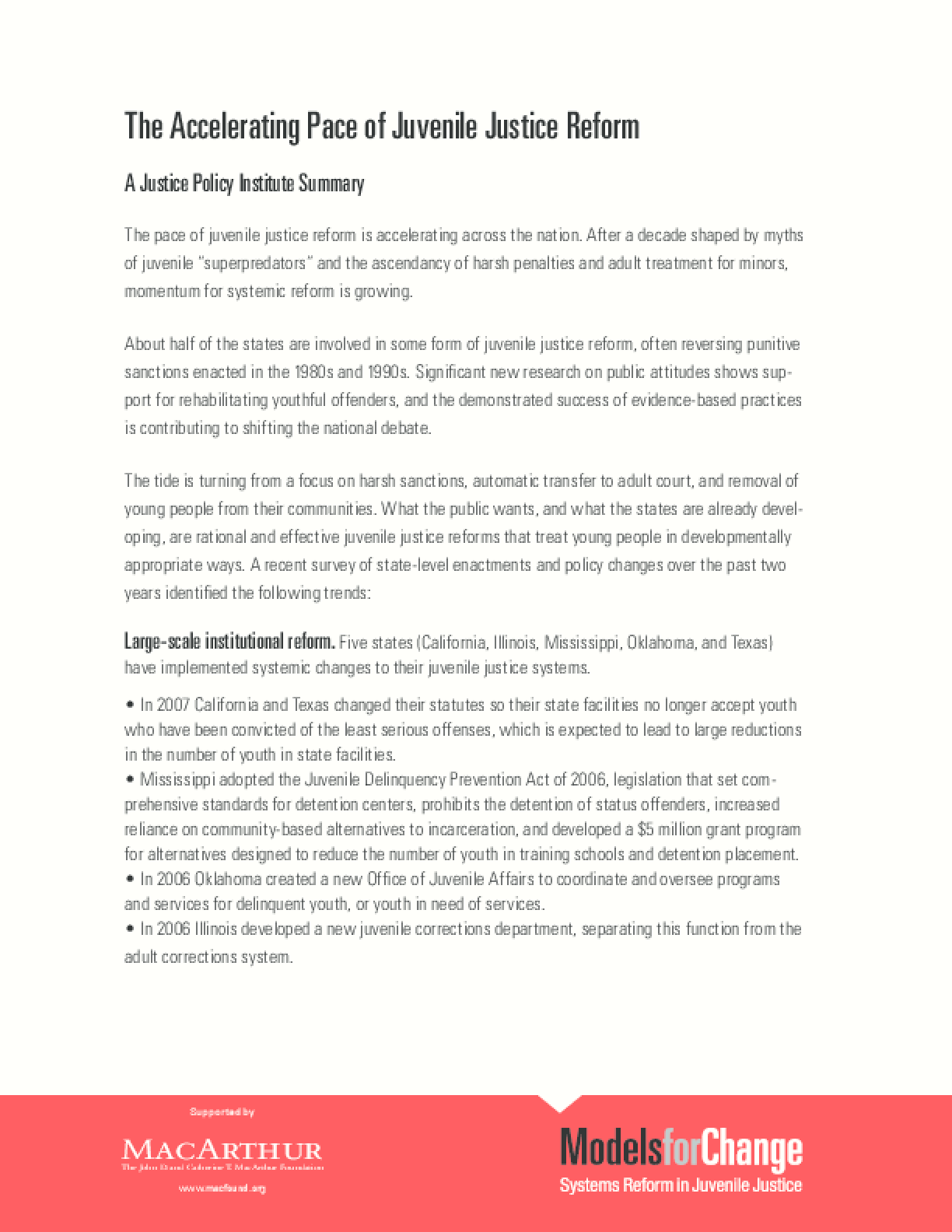