The ACT Report: Action to Catalyze Tech, A Paradigm Shift for DEI

Despite widespread awareness of the lack of DEI in tech and public commitments from tech companies to do better, great uncertainty exists among leaders about how to make real progress.

While there are deep pockets of DEI excellence within tech companies themselves, there has never been an attempt to connect this knowledge in a one-stop shop for people and leaders working across tech, nor has there been an effort to catalyze DEI outcomes through collaborative industry-wide action. DEI can't be solved by one company or leader; it requires long-term collective effort.

The ACT Report calls for a new paradigm in DEI that is holistic, collective, and long-term. Tech's current approach is often dispersed, individual, and short-term. Despite important progress in DEI, tech companies are too often reduced to poaching each other's talent from underrepresented groups. The paradigm shift described in the ACT Report fundamentally requires a shift in thought and behavior. It is based on values, and provides a blueprint to indivisibly link DEI strategy and business strategy. Companies must bring a business approach to inclusion, and an inclusive approach to business. In other words, DEI and business strategies can no longer be separate. The ACT Report explains what this means in practice.

Making the tech industry more inclusive requires a systemic response to a systemic problem. The foundational system that impacts employment opportunity is education. The tech industry, like other industries, must deliver early intervention measures at scale to drive equity from cradle to career. That means tackling educational inequity generally, and increasing access to computer science education specifically. 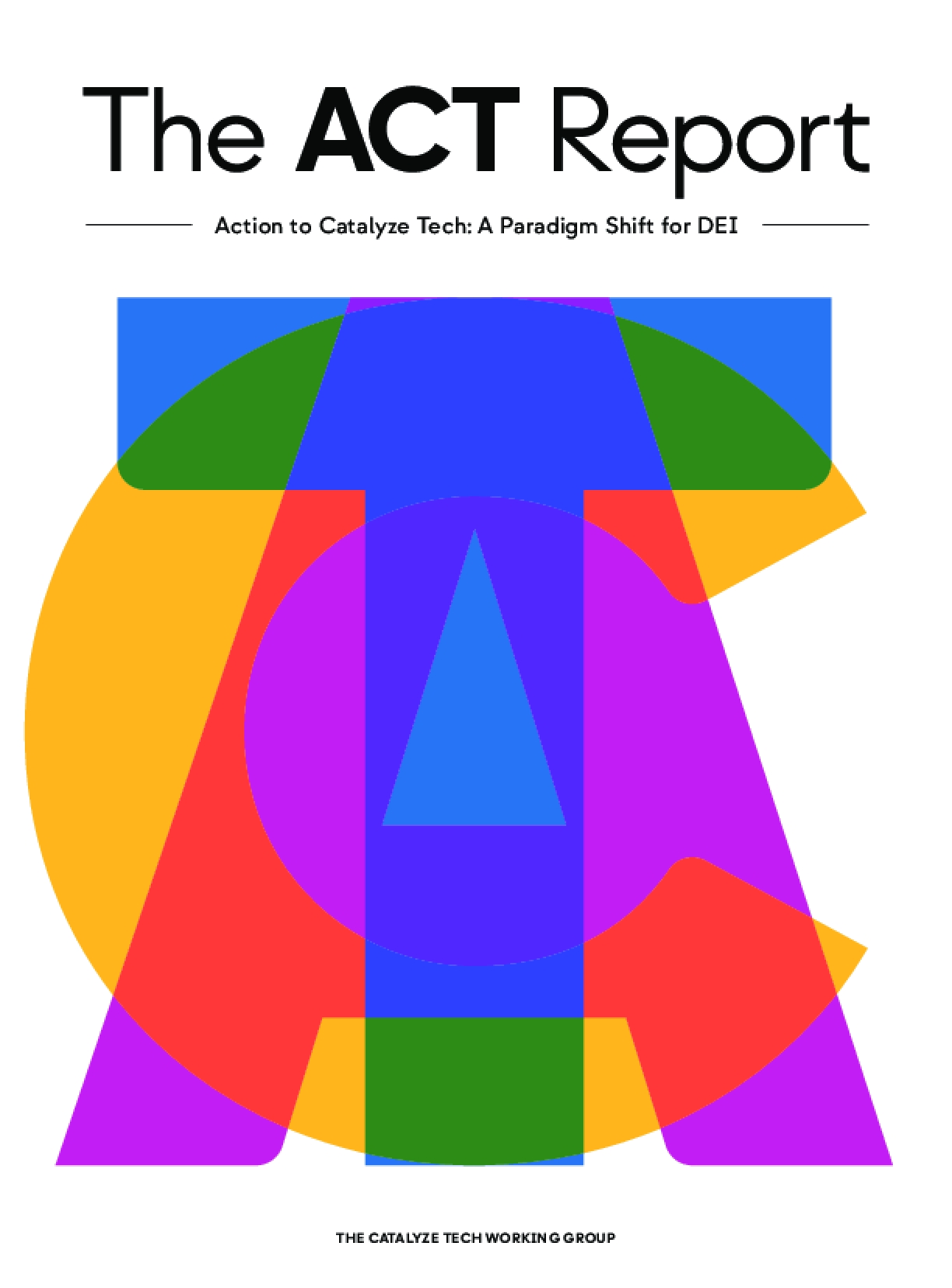