The Affordable Care Act and the U.S. Economy: A Five-Year Perspective

Despite fears that the Affordable Care Act's health coverage expansions and market reforms would cost jobs or accelerate health care inflation, the U.S. economy has grown steadily, if slowly, since the law's passage in 2010. The level of overall economic output and employment is currently well above the peaks prior to the 2008–09 recession. Jobs have increased by more than 13 million since 2010—5 million more than at the pre-recession peak. All of the net gain has been in full-time, private-sector jobs. Furthermore, the marked slowdown in health care cost growth that started during the recession has continued, although recent indicators show this trend may be waning. In reviewing evidence over the past five years, this report concludes that the ACA has had no net negative economic impact and, in fact, has likely helped to stimulate growth by contributing to the slower rise in health care costs. 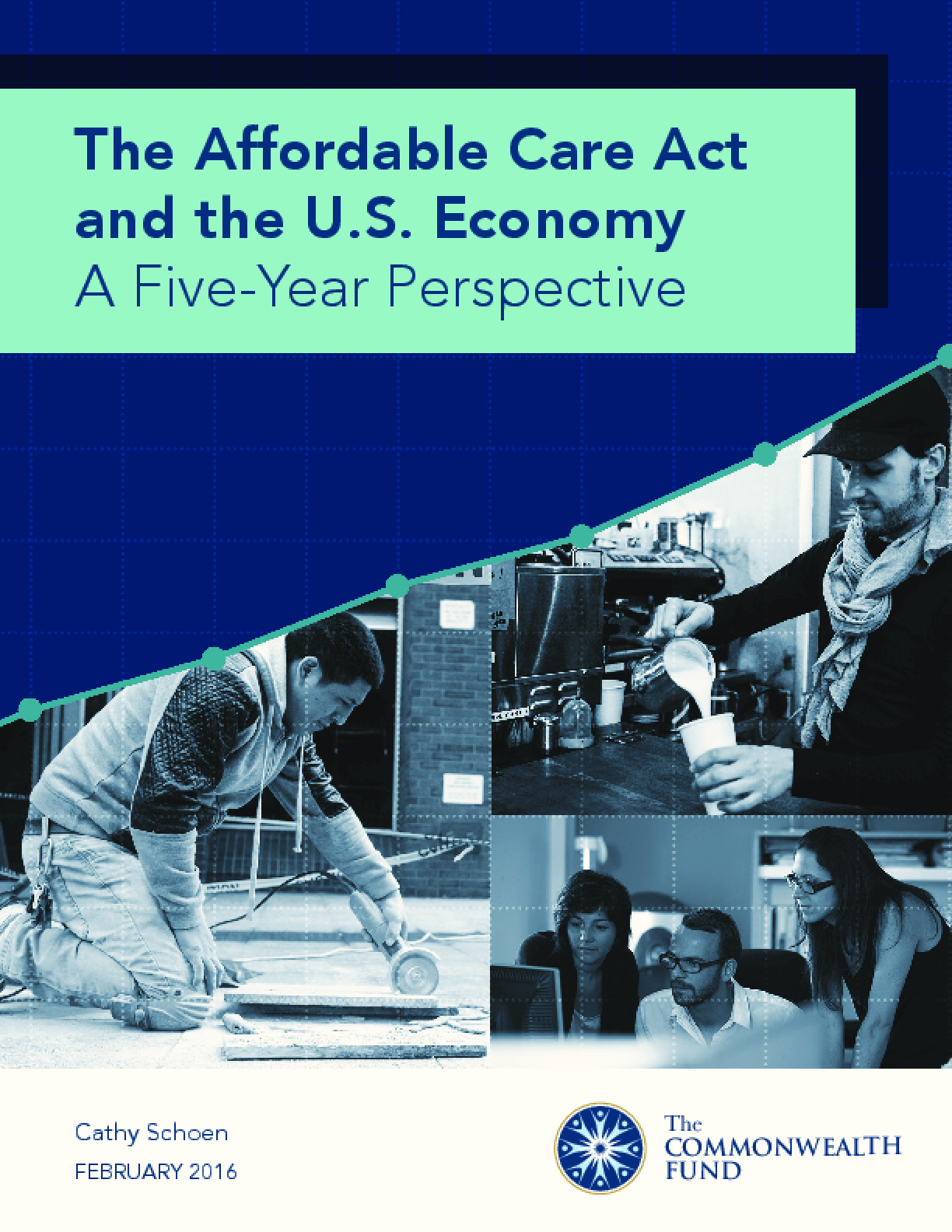