This paper presents results of a three-year study of workers and former workers at four Alternative Staffing Organizations (ASOs). ASOs are fee-for-service job brokering businesses created by community-based organizations and national nonprofits whose objective is to gain access to temporary and "temp to permanent" opportunities for workers facing barriers to employment. The paper looks specifically at the relationship between the personal characteristics of workers, their temporary work experiences through the ASO, and the subsequent employment status of former ASO workers, determined through a follow-up survey conducted by telephone six to eight months after workers had left theASO. We found several factors influenced employment status at the time of follow-up. Workers with jobs at follow-up had worked substantially more weeks through the ASO, had higher earnings than other study participants, had received some additional services at the ASO, and, in some cases, had held ASO assignments at the ASO's parent organization.However, workers without a valid driver's license, those with children and those who were receiving public assistance had more trouble finding a job after their time at the ASO.This paper demonstrates how the complex relationships between individual worker characteristics and experience with an ASO affect future job prospects. 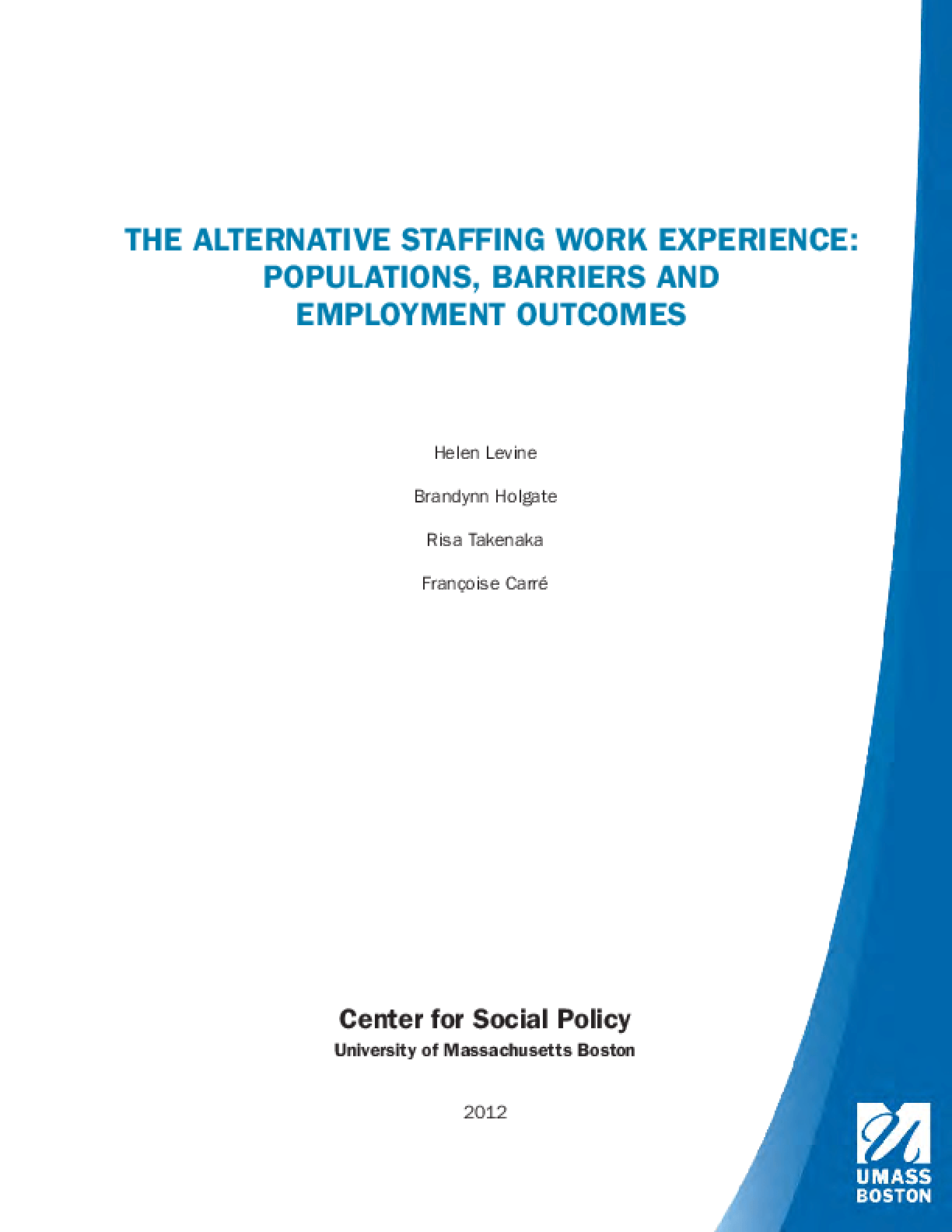