The American Dream Up for Sale: A Blueprint for Ending International Labor Recruitment Abuse

Each year, hundreds of thousands of people from around the world are recruited to work in the united states on temporary work visas. Internationally recruited workers are employed in a wide range of u.s. industries, from low-wage jobs in agriculture and landscaping to higher-wage jobs in technology, nursing and teaching. They enter the United States on a dizzying array of visas, such as H-1B, H-2A, H-2B, J-1, A-3, G-5, EB-3, B-1, O-1, P-3, L, OPT and TN visas, each with its own rules and requirements. this report will demonstrate two key findings regarding the current u.s. work visa system: 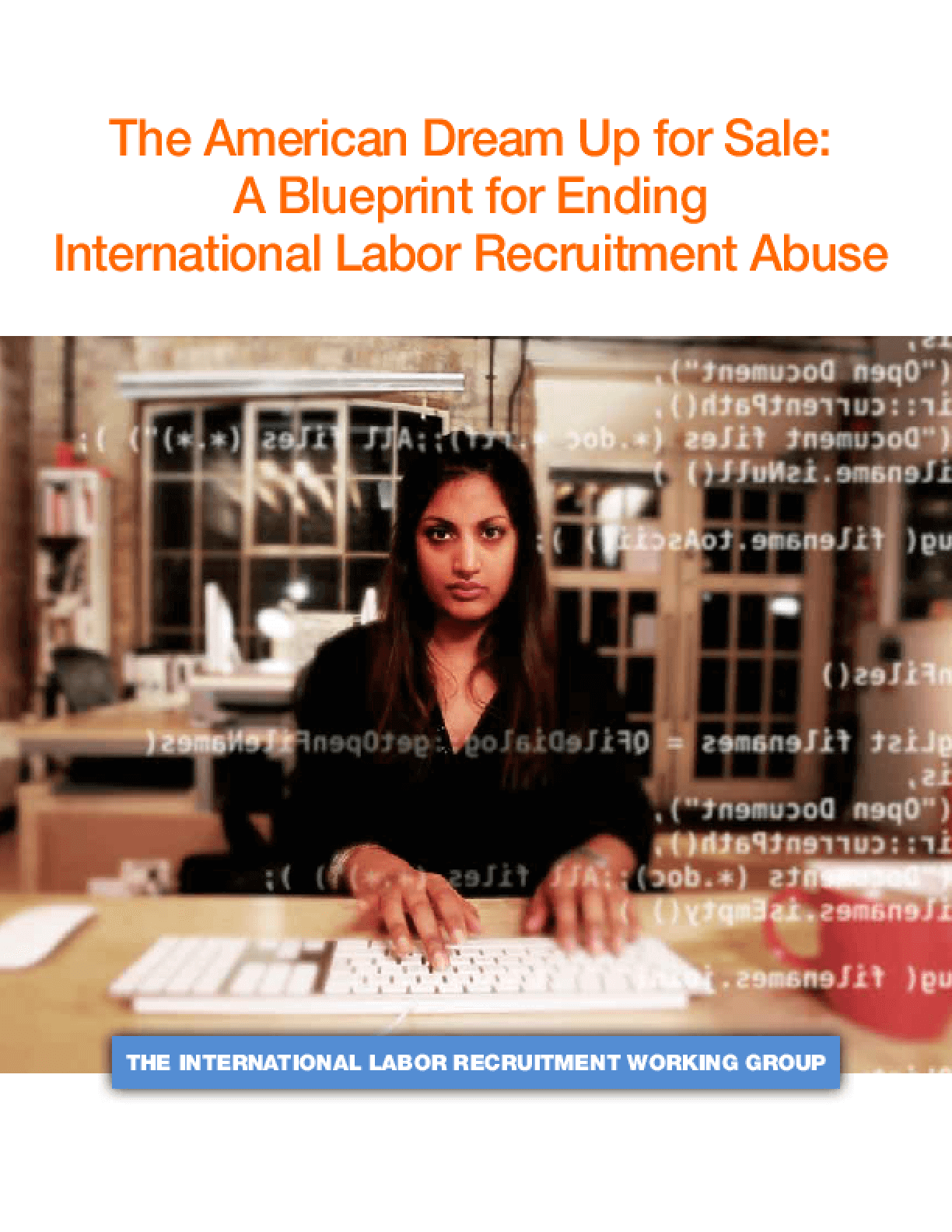