The Anguish of Unemployment

A comprehensive national survey conducted among 1,200 Americans nationwide (August 2009) who have been unemployed and looking for a job in the past 12 months, including 894 who are still jobless. It portrays a shaken, traumatized people coping with serious financial and psychological effects from an economic downturn of epic proportion. The survey, conducted and released by the John J. Heldrich Center for Workforce Development, a research and policy center at Rutgers University, is one of the first and most comprehensive national scientific samples of unemployed Americans during the present recession. It provides an in-depth portrait of the social and economic experiences of unemployed Americans, drawing on data and direct quotes from respondents. The study was fielded by Knowledge Networks, which contacted a nationally representative sample of the recently unemployed between August 6 and 12, 2009. The survey shows that the great recession of 2007-2009 may have long-lasting financial and psychological effects on millions of people, and therefore on the nation's social fabric. The Anguish of Unemployment is the 21st Work Trends survey, a series launched in 1998 to better understand the public's attitudes about work, employers, and the government. 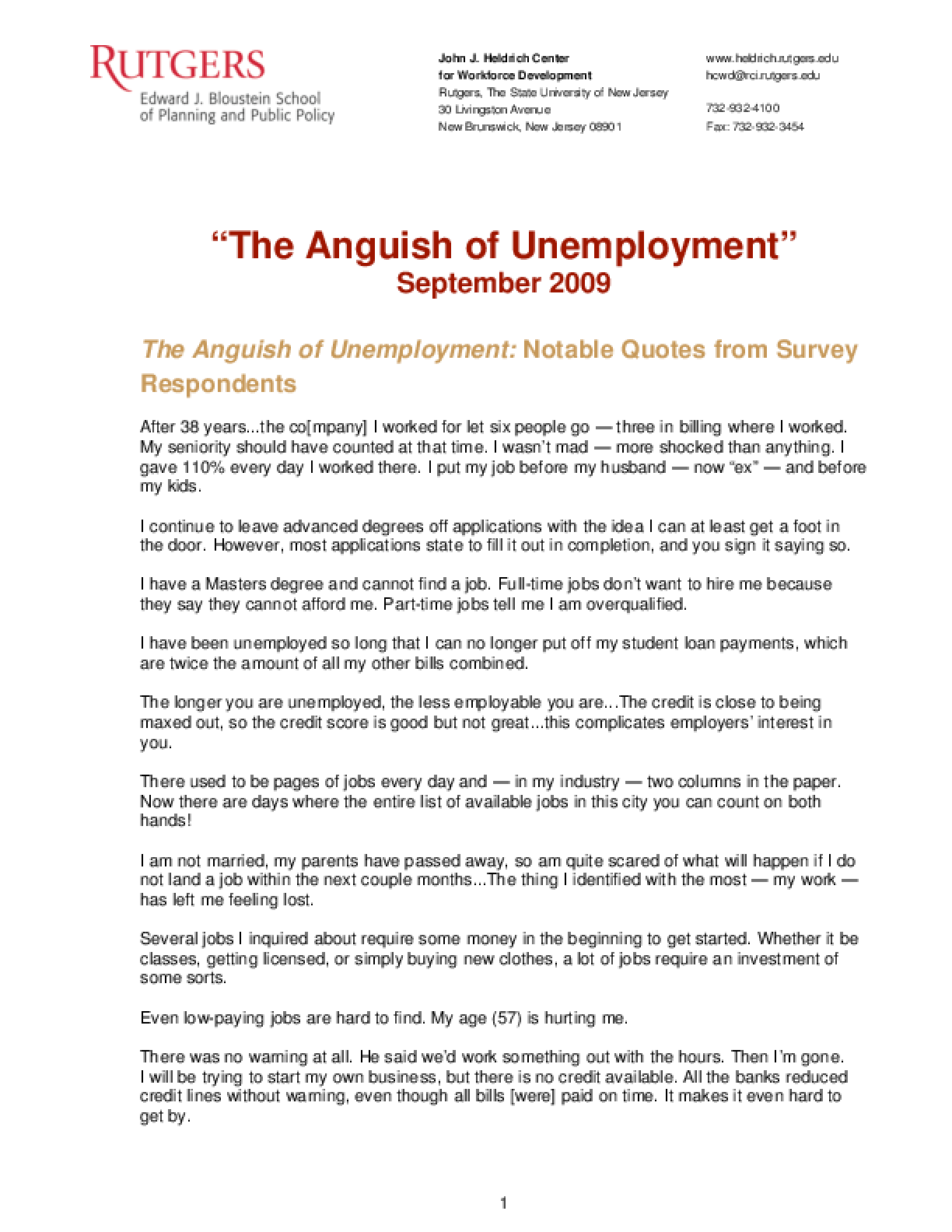