From November 2007 to January 2008, a total of 1,002 adult San Diego County residents responded to a survey designed to assess their confidence in the ability of local nonprofit organizations to provide quality services on the public's behalf and to spend money wisely. At the beginning of this survey, participants were given an identification test to determine their awareness of nonprofit organizations. Additionally, respondents were asked several questions related to their confidence in San Diego County nonprofit sub-sectors (i.e., arts, human services, environment, etc.), as well as their involvement in the local nonprofit sector through giving and volunteerism.

When comparing the nonprofit, for-profit, and government sectors, San Diegans had the most confidence in nonprofits to provide quality services, spend money wisely, and represent the public's interest. Other key findings in this report include the following:

- According to the survey results, more than a third of San Diegans (40 percent) indicated that they volunteered with a nonprofit organization in 2007

- Despite their generally positive view of the nonprofit sector, many San Diegans indicated that they were unlikely to choose a nonprofit service provider in the areas of education and healthcare. 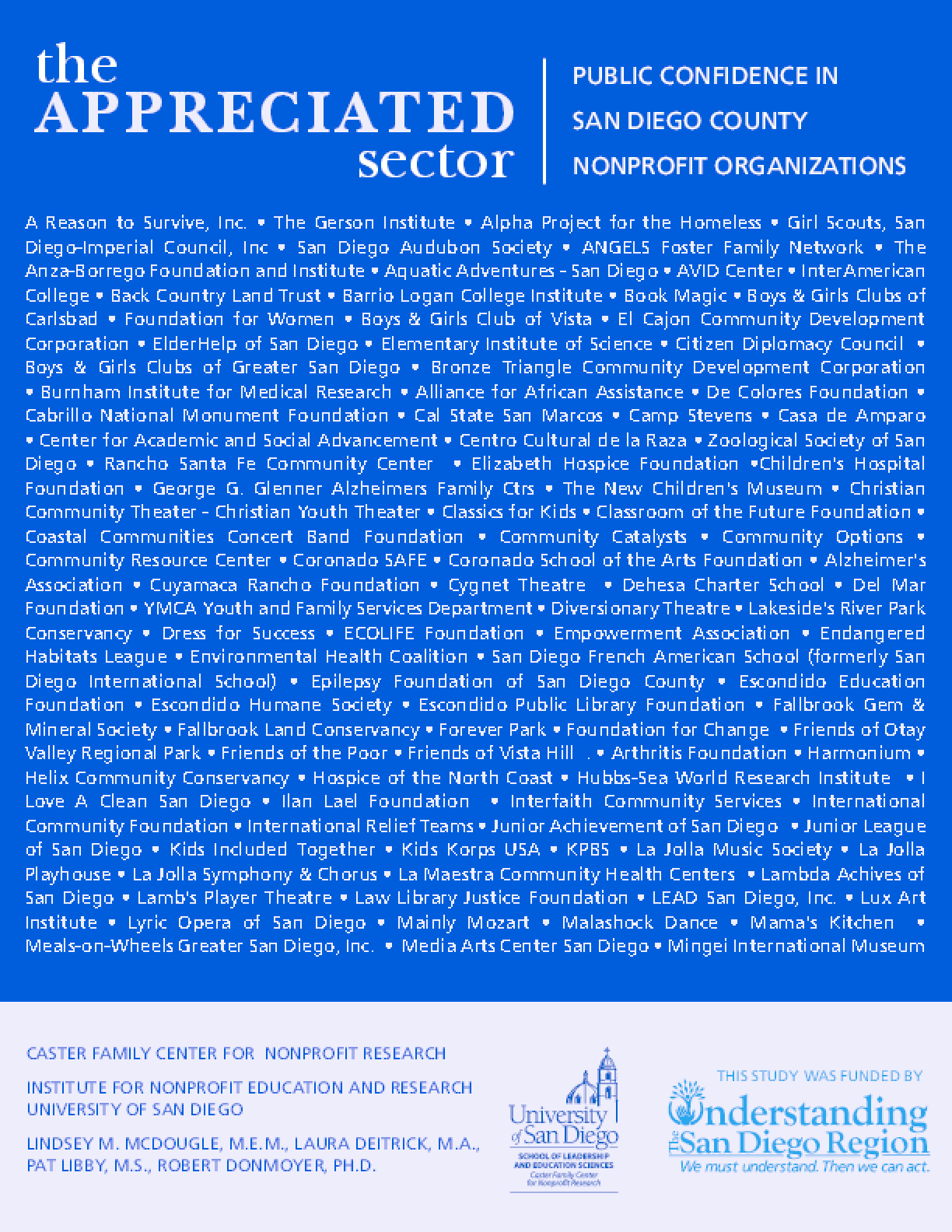