The Argentine Success Story and its Implications

The Argentine economy has grown 94 percent for the years 2002-2011, using International Monetary Fund projections for the end of this year. This is the fastest growth in the Western Hemisphere for this period, and among the highest growth rates in the world. It also compares favorably to neighboring economies that are commonly seen as quite successful, such as Brazil, which has had less than half as much growth over the same period.

During this period, Argentina has seen considerable progress on social indicators. Poverty has fallen by over two-thirds from its peak, from almost half of the population in 2001 to approximately one-seventh of the population in early 2010. Unemployment has fallen by over half from its peak, to 8.0 percent. And employment, by early 2010, had risen to 55.7 percent, the highest on record, as social spending nearly tripled in real terms. Income inequality has also fallen dramatically.

Argentina was trapped in a severe recession from mid-1998 to the end of 2001. Attempts to stabilize the economy and maintain the currency peg to the U.S. dollar, through monetary and fiscal tightening, led by the IMF and backed by tens of billions of dollars in lending, failed to arrest the economy's downward spiral. In December of 2001, the government defaulted on its debt, and a few weeks later it abandoned the currency peg to the dollar. Recovery began after one quarter of contraction and continued until the world economic slowdown and recession of 2008-2009. Now it has rebounded, and the IMF projects growth of 8 percent for 2011.

This paper looks at Argentina's success and the important implications behind this success for Europe, including the weaker eurozone economies. 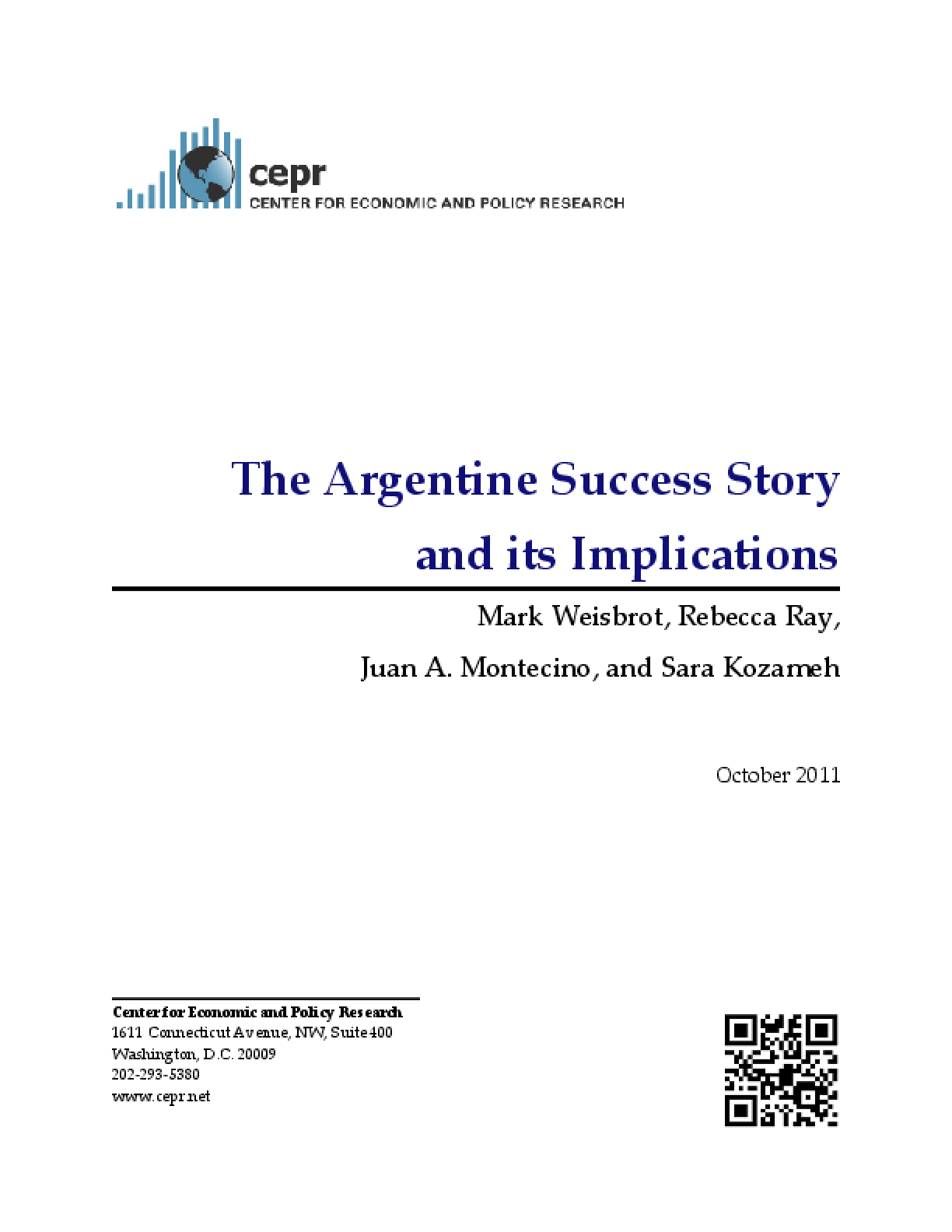