The Arts: A Promising Solution to Meeting the Challenges of Today's Military, A Summary Report and Blueprint for Action

On November 15, 2012, a group of concerned and dedicated military, government, private sector and nonprofit leaders gathered at The John F. Kennedy Center for the Performing Arts in Washington, DC for the Arts & Health in the Military National Roundtable. The Roundtable represents the second step in the ongoing development of the multi-year National Initiative for Arts & Health in the Military. The National Initiative was launched in January, 2012 based upon the groundbreaking success of the first National Summit: Arts in Healing for Warriors, held in October 2011 at the Walter Reed National Military Medical Center (WRNMMC) and the National Intrepid Center of Excellence (NICoE). The 2011 Summit marked the first time various branches of the military collaborated with civilian agencies to discuss how engaging with the arts provide opportunities to meet the key health issues our military faces -- from pre-deployment to deployment to homecoming. We present this summary report and its recommendations for a "Blueprint for Action" with the intention to open the door for a national conversation and the development of a National Action Plan. What actions and strategies will be necessary over the next several years in order to expand the use of the arts and creative arts therapies across the military continuum: from the military service pre-deployment, deployment, post-deployment to veterans as well as families and caregivers? For the first time, this question is being addressed across military, government, and nonprofit sectors -- and with a sense of urgency that now is the time to get something done. 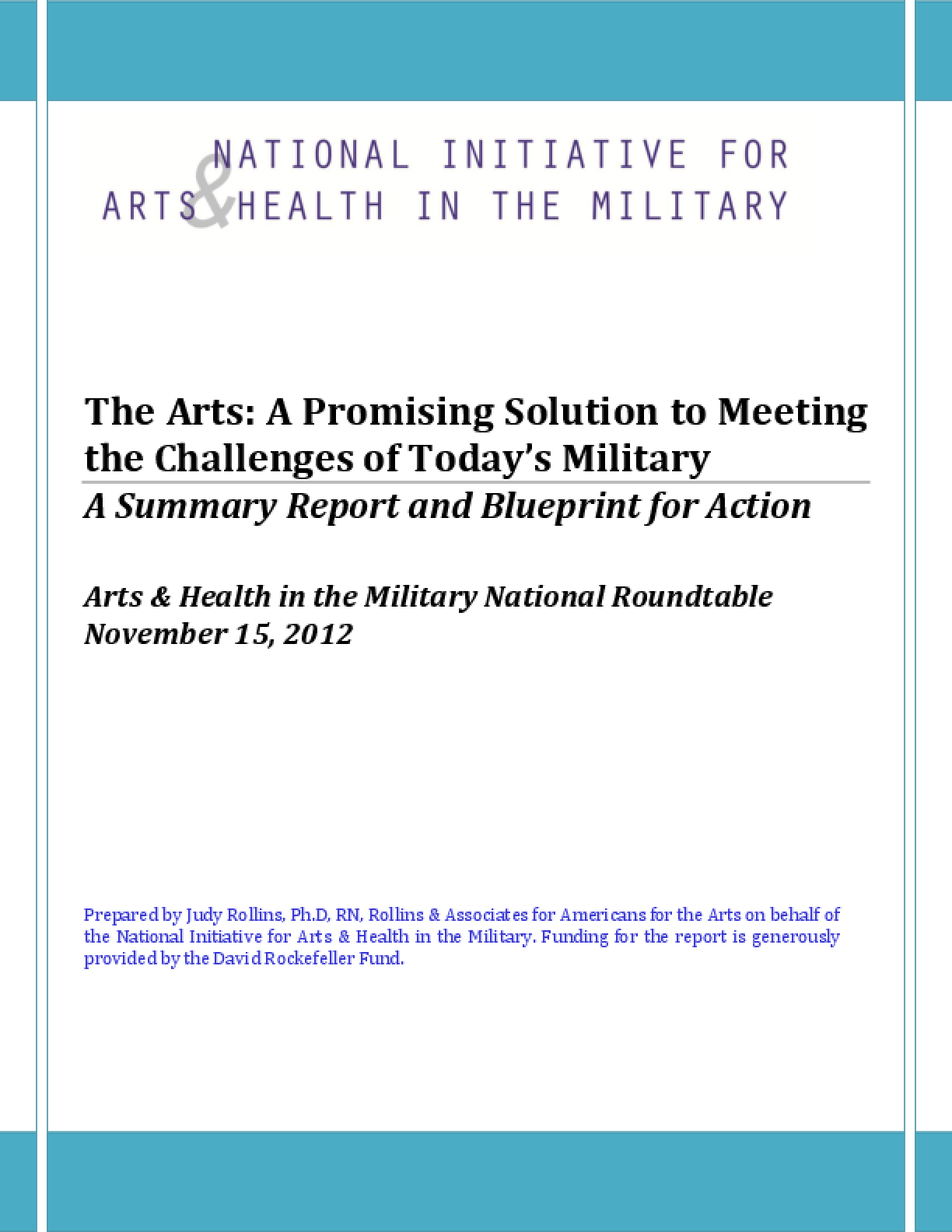