The Balagan: Issues of Crime and State Interaction in South Tel Aviv

This report outlines and analyzes the issues of crime in the area of South Tel Aviv and its causal factors, with an emphasis on issues within the refugee community there. The issues discussed in this report are common in many underfunded areas with large influxes of people; in no way does this report argue that these issues are uniquely representative of the population of Israel. This paper will argue the need for positive State interaction and thus the definition of what is meant by positive State interaction is explained as an international and sociological concept. The report is broken into five main sections, adding a brief overview of the methodology, limitaions and media review. The first section outlines the issues of crime in South Tel Aviv and focuses on mutual concerns for Israelis and asylum seekers, issues within the asylum seeking community, crimes against asylum seekers (both violent and non-violent), and the crime rates in the area. The second section tackles the underlying issues for crime in South Tel Aviv, while the third section has an overview of the State interaction at diffeent levels (police interaction, municpality and the OZ unit), fear asylum seekers have with State Authorities and interactions, and a brief overview and comparison of main laws that govern asylum seekers. The fourth section reviews the societal interaction and persepectives from the Israeli community towards asylum seekers, asylum seekers towards the State, and residents of South Tel Aviv about the State. The fift and final section discusses conclusions and suggestions for positive improvement and future research. It is the aim of this report to bring to light the real issues that have been and continue to affect the troubled neighbourhood of South Tel Aviv. 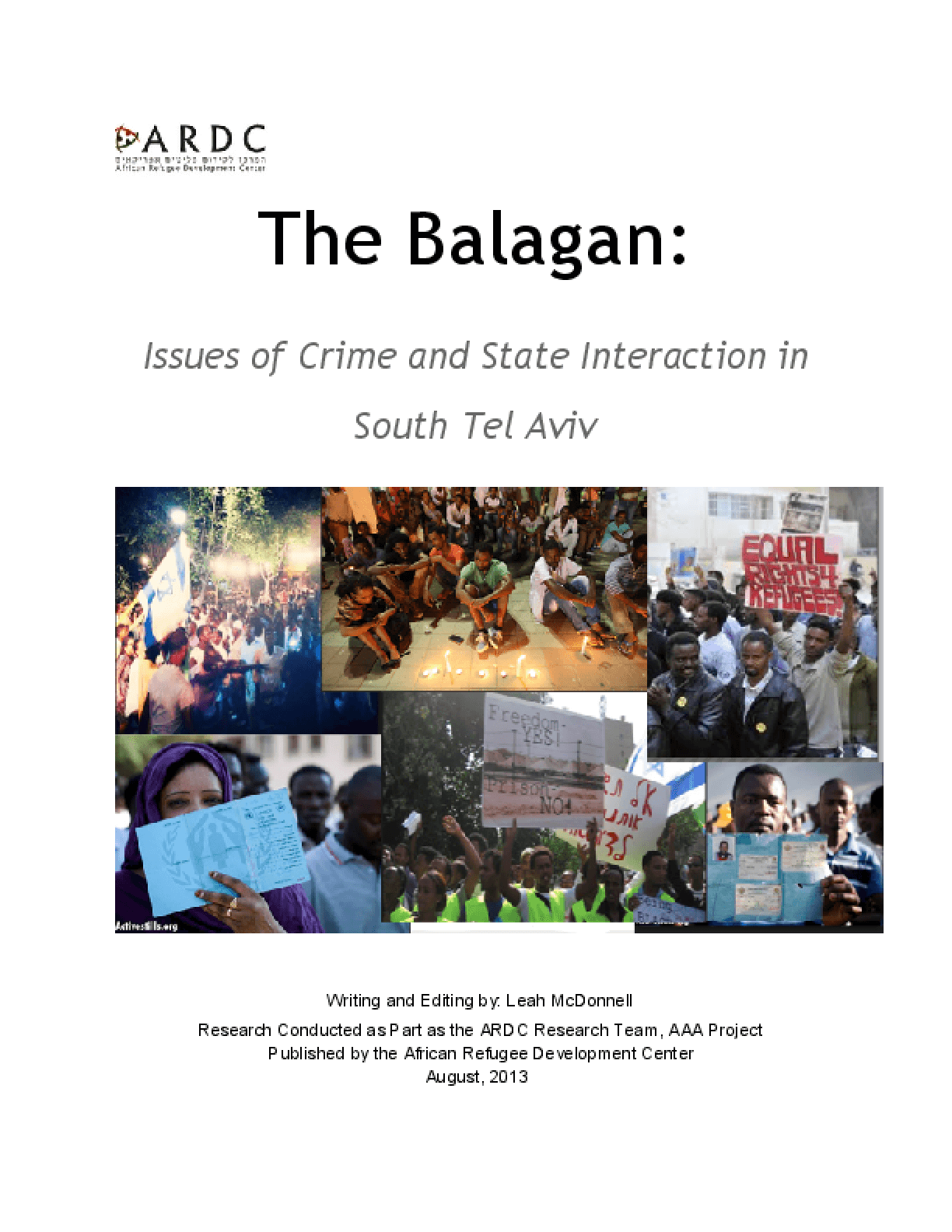