The Benefits of Port Liberalization: A Case Study from India

In contrast to the rest of India, where it is the government that predominantly owns and manages ports, the Indian state of Gujarat has implemented various forms of port liberalization since the 1990s. This has helped it become the country's fastest growing state. Gujarat's economy has grown at an average of 10.14 percent per year from fiscal year 2001 to fiscal year 2006, the last five years for which data are available. This is comparable with China's average growth rate since 1978, and is distinctly faster than the growth of the other Asian tigers in the 15 years before the Asian financial crisis of 1997. Gujarat has broken new ground with different forms of privatization, ranging from private provision of port services to completely private ownership of new ports. The process started in the 1980s and gathered momentum rapidly after the central government in New Delhi enacted major economic reforms in the early 1990s. Gujarat has taken advantage of a constitutional loophole to convert its minor ports into some of the biggest ports in the country, vastly improved the availability and efficiency of port infrastructure, and facilitated the development of industrial centers that otherwise would not have existed. Gujarat's port liberalization, along with its status as one of the economically freest states in India, should serve as a model for the rest of India and other developing countries, which can also benefit from the dynamic gains of port privatization. 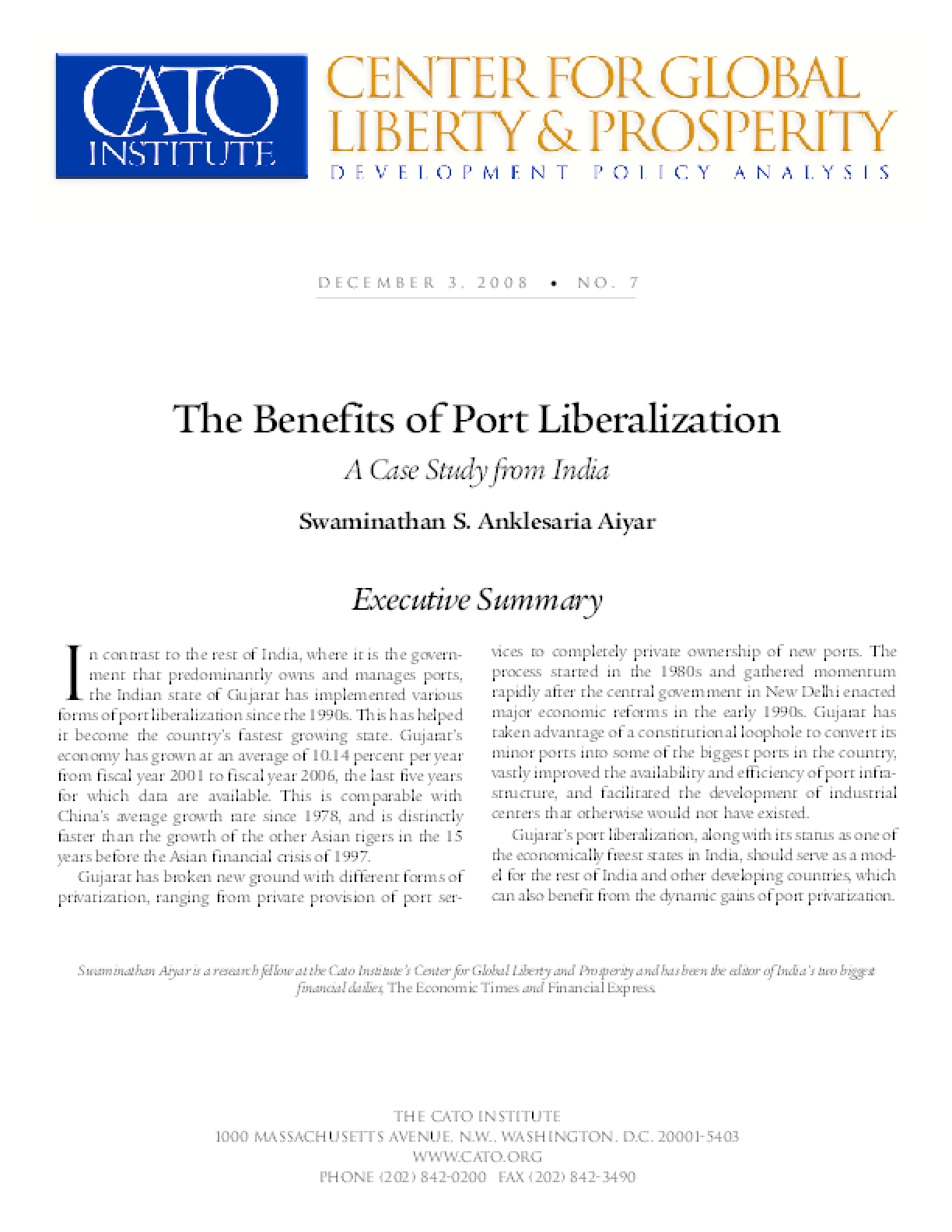