The Business of Green

"It started with planting trees," said Zhang Li, the current secretary general of SEE Foundation. The original aim of the association was to mobilise the resources of China's newly rich entrepreneurs to take on the problem of desertification in the Alashan Region.

But this would be merely the opening act of an organization that grew into a national network of nearly 600 entrepreneur members, including high-profile figures from the real estate, construction, manufacturing, and financial services sectors. SEE's members would come to include some of China's most successful and prolific corporate faces, including Wang Shi, chairman of Vanke, the world's largest real estate developer; Feng Lun, chairman of real estate leader Vantone Holdings; Chen Dongsheng, chairman of Taikang Life Insurance; and Pan Shiyi, chairman of property company SOHO China. The work of the organization would expand to include support for national ecosystem conservation and nature education, green supply chains, pollution prevention, and development of China's grassroots environmental NGOs 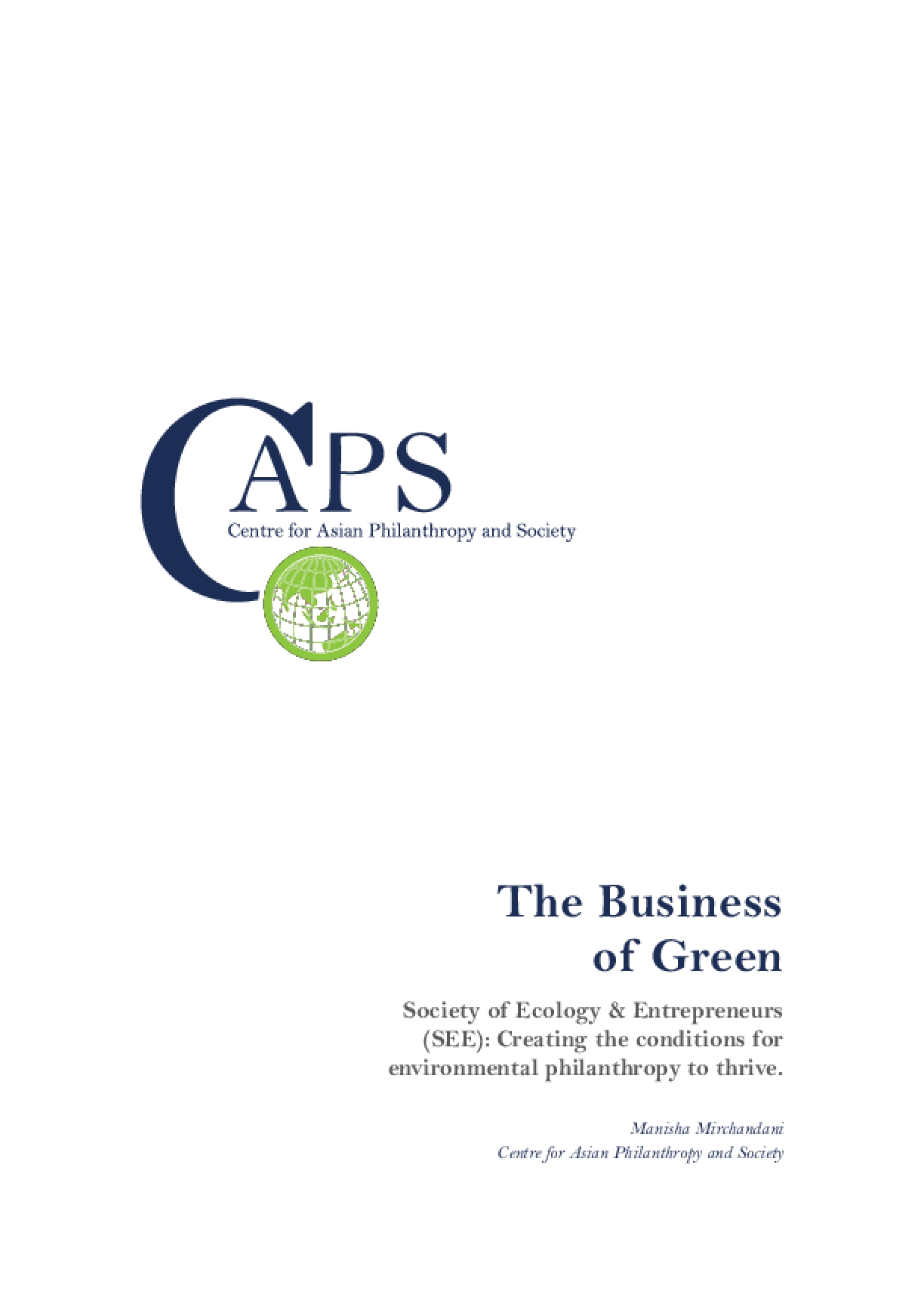