This bulletin will address Senate Bill X3 18, which was passed by the legislature in September, 2009, signed into law by Governor Schwarzenegger in October, 2009, and came into effect on January 25, 2010. The express purpose of this measure is to close budget gaps by reducing the inmate population and creating more manageable caseloads of parole officers (from 70 to 48). Because this legislation has been implemented so quickly, there has been some confusion regarding the details. 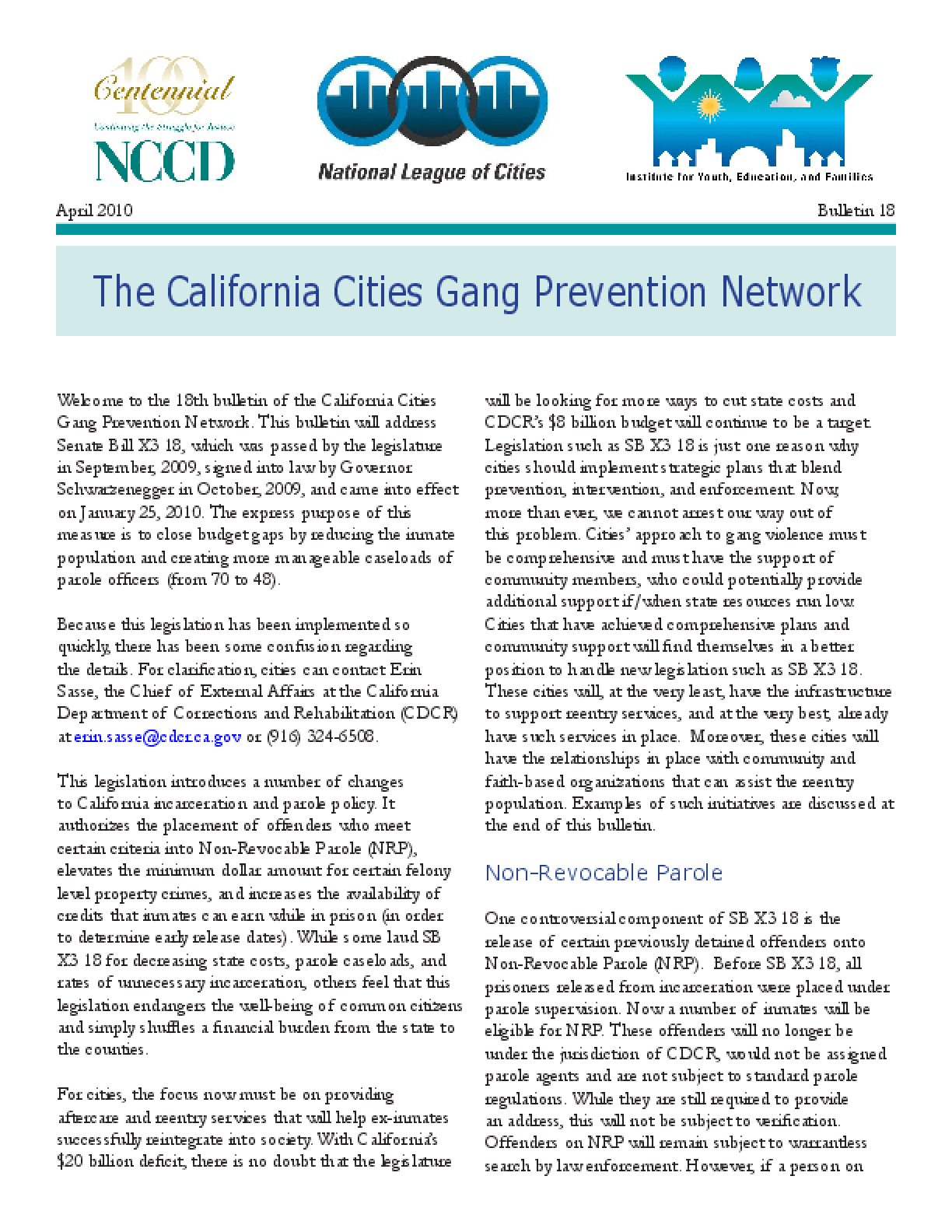