The Case against a Tennessee Income Tax

On November 2 the Tennessee legislature will convene a special session to debate reform of the state tax system. The center of the controversy is whether Tennessee should adopt a personal income tax, as proposed by Gov. Don Sundquist, to close an estimated $400 million budget shortfall.

The second negative effect of a state income tax would be to trigger much faster growth in state expenditures. That has been the almost universal pattern in other states after they enacted a state income tax. Yet the premise of pro-income tax forces in Tennessee that the state's revenues have been growing too slowly is contradicted by the evidence. In the 1990s, even without an income tax, Tennessee's per capita tax receipts have grown 12th fastest among the 50 states. Tennessee's tax revenues have climbed at twice the rate of inflation plus population growth. The legislature should be cutting taxes, not introducing new ones. 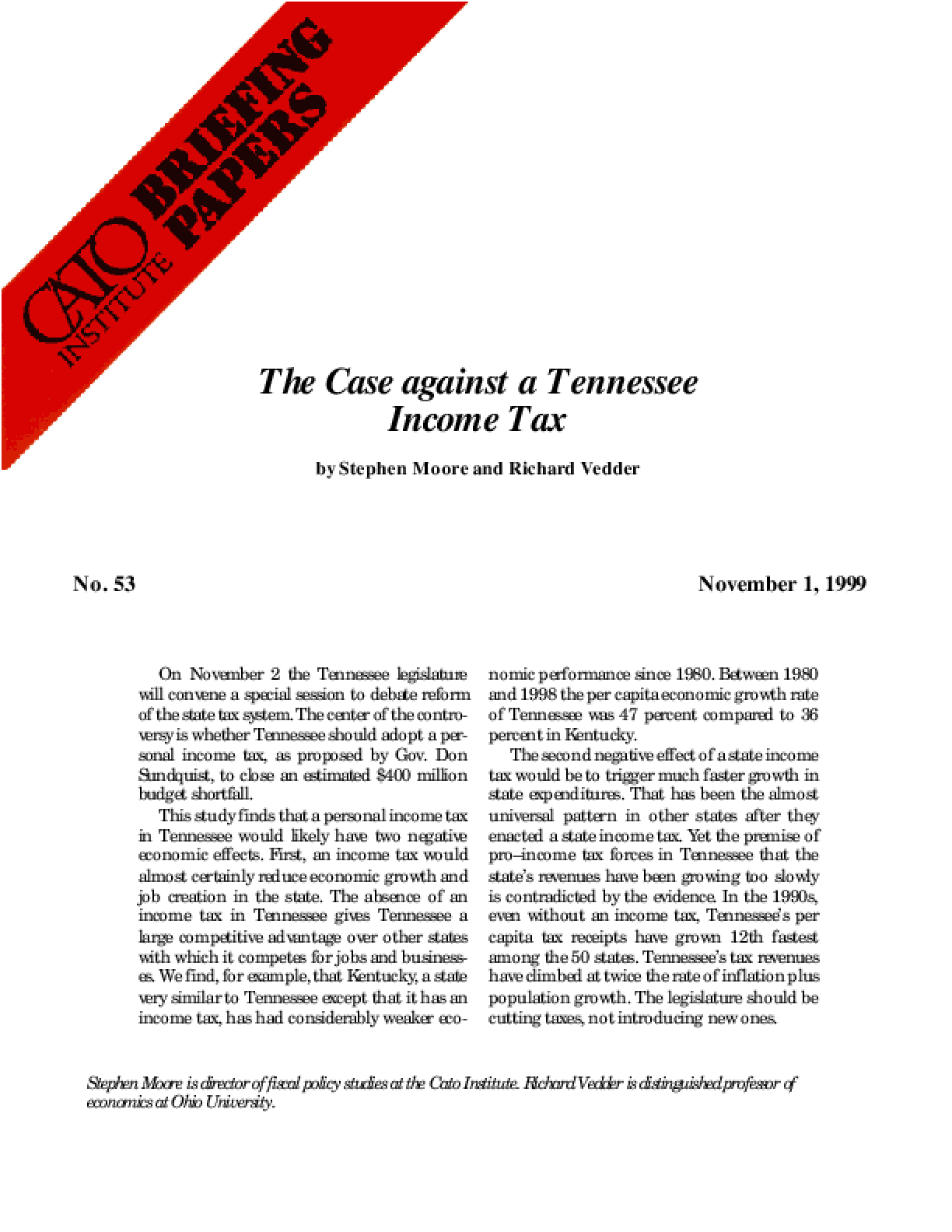