The Case against Government Intervention in Energy Markets

Many politicians and pundits are panicked over the existing state of the oil and gasoline markets. Disregarding past experience, these parties advocate massive intervention in those markets, which would only serve to repeat and extend previous errors. These interventionists propose solutions to nonexistent problems. This Policy Analysis reviews the academic literature relevant to these matters and argues that the prevailing policy proposals are premised on a misunderstanding of energy economics and market realities. The interventionists do not distinguish between problems that government can remedy and those that it cannot. They ignore lessons that should have been learned from past experience. They embrace at best second- and third-best remedies rather than first-best remedies for the alleged problems. Moreover, they ignore the extreme difficulty associated with ensuring efficient policy response even when it seems to be theoretically warranted. Fear of oil imports is premised on pernicious myths that have long distorted energy policy. The U.S. defense posture probably would not be altered by reducing the extent to which oil is imported from troublesome regions. Fears about a near-term peak in global oil production are unwarranted, and government cannot help markets to respond properly even if the alarm proved correct. Market actors will produce the capital necessary for needed investments; no "Marshall Plans" are necessary. Price signals will efficiently order consumer behavior; energy-consumption mandates are therefore both unwise and unnecessary. Finally, more caution is needed regarding the case for public action to address global warming. The omnipresent calls for more aggressive energy diplomacy are misguided. Economic theory validated by historical experience implies that the diplomatic initiatives are exercises in futility because they seek to divert countries from the wealth maximization that is their goal. Similarly, the search for favorable access to crude oil is futile. Despite their popularity, rules to force reductions in energy use lack economic justification. Attacks on American oil companies and speculators seek to shift blame to those subject to U.S. government control from the uncontrollable foreign oil-producing governments that are truly to blame. 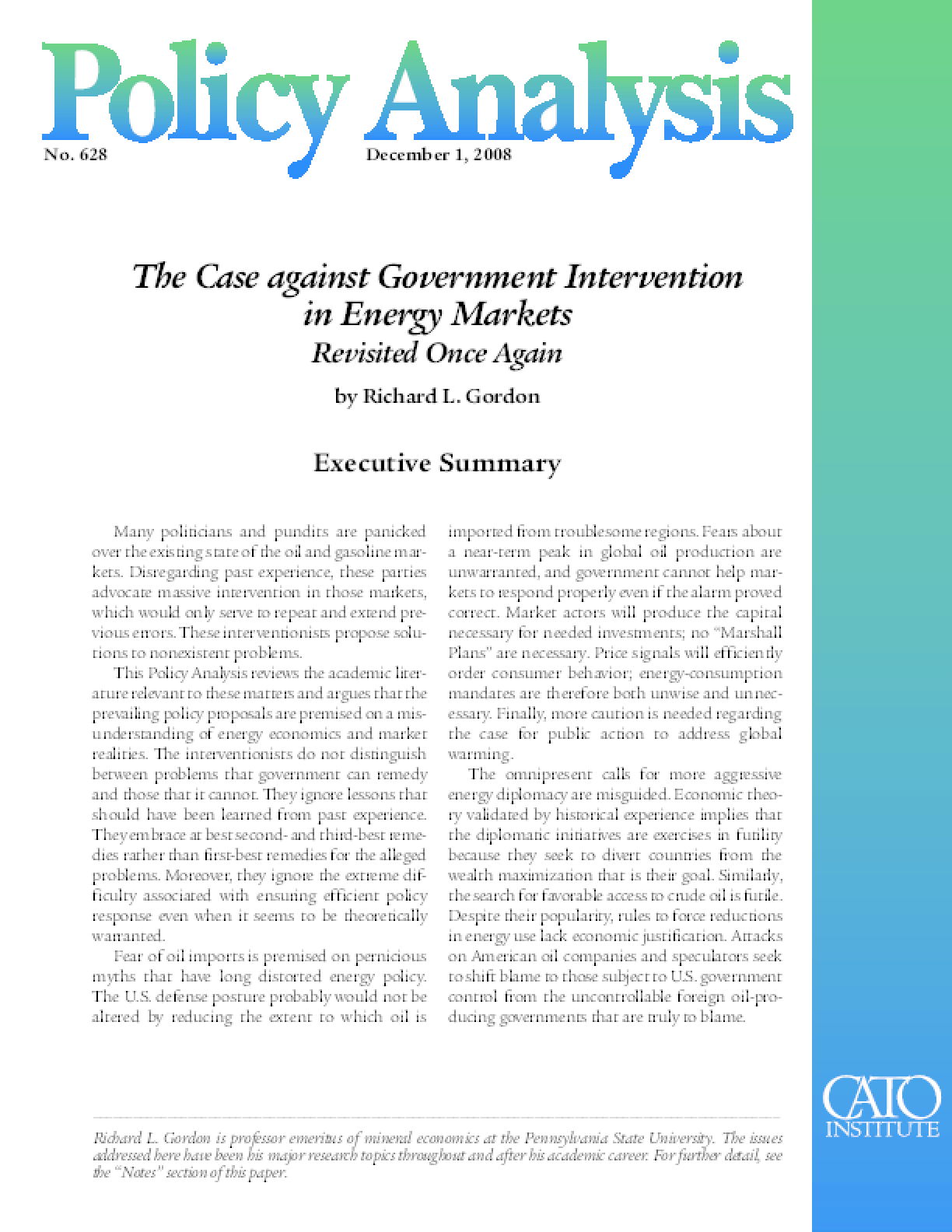