The Case for a Weak Labor Market

Along with the relatively strong rate of job growth -- the economy has added 2.4 million private- sector jobs over the past 12 months -- the low unemployment rate has engendered discussions of whether the labor market is fully recovered. This debate is extremely relevant to both monetary and fiscal policy: if the job market is still weak, the Federal Reserve ("Fed") should keep interest rates low and the government should run larger budget deficits; if the job market is nearly recovered, the Fed should begin increasing rates and the government should avoid fiscal stimulus.

This paper argues that the labor market is still weak despite the low unemployment rate. Many media outlets and policymaking institutions have argued the opposite -- as one Fortune headline recently put it, "The U.S. Economy Is Finally at Full Employment." Similarly, the Congressional Budget Office (CBO), which is tasked with advising members of Congress on economic policy, estimates that unemployment fell to its natural long-term rate in the first quarter of 2016. Perhaps most importantly, the Fed seems to accept this view as well. Earlier this month, Kansas City Federal Reserve President Esther George said that "the economy is at or near full employment"; in May, San Francisco President John Williams said it was "basically at full employment." Fed Chair Janet Yellen has expressed a similar position, stating that the labor market is close to full employment. Finally, in their June "Summary of Economic Projections," voting members of the Federal Open Market Committee (FOMC) -- the group tasked with setting interest rate policy -- estimated that the long-run unemployment rate lies between 4.6 and 5.0 percent, with the median forecaster projecting a rate of 4.8 percent. In line with this view, Fed officials predicted five rate hikes through the end of 2017.

If the labor market is weaker than the Fed believes, raising rates in the near future will needlessly throw many Americans out of work. This paper presents evidence that the job market remains weak; in general, the estimates indicate that the economy is about two-thirds recovered from the Great Recession. 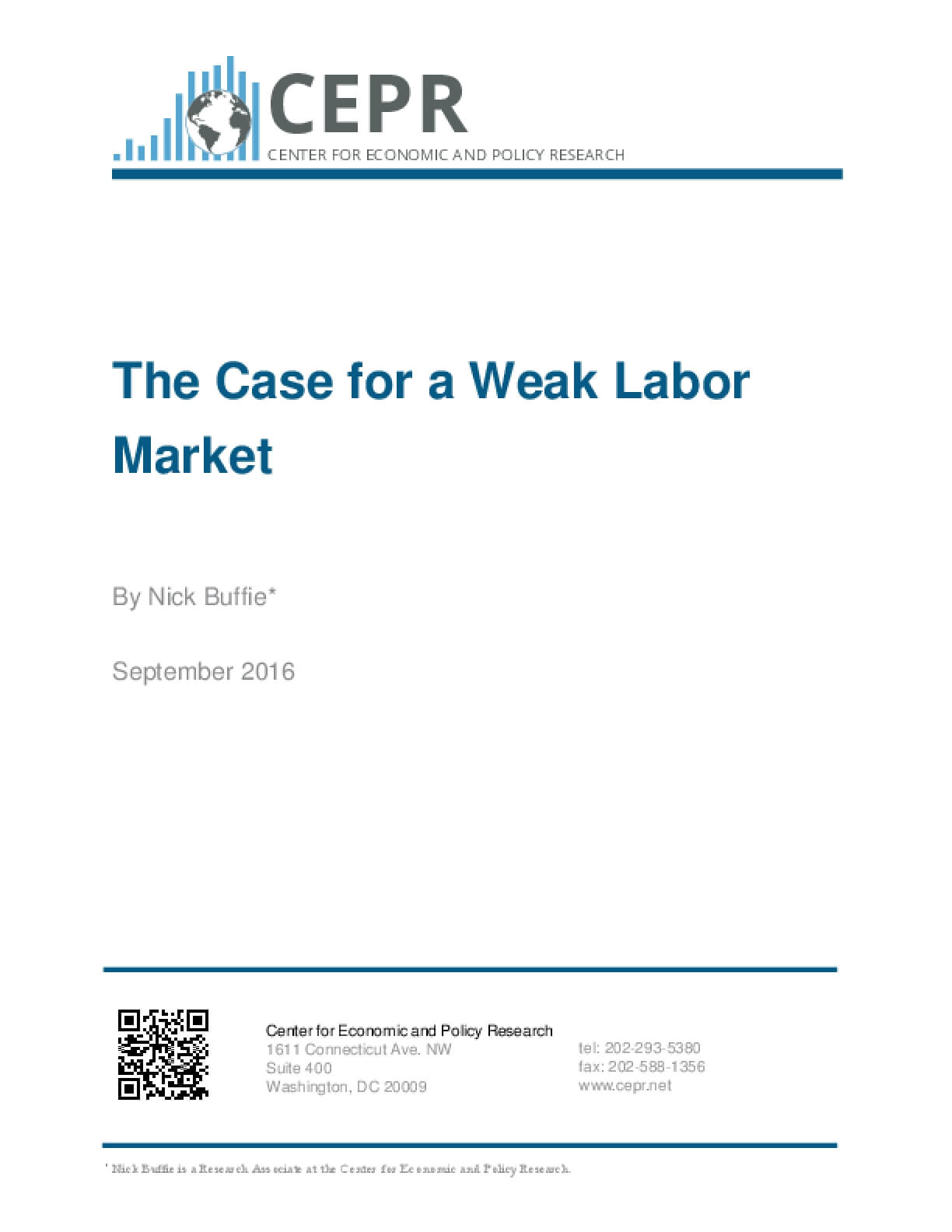