The Case for Media Impact: A Case Study of ICIJ's Radical Collaboration Strategy

In this report, we explore this question through the lens of the International Consortium of Investigative Journalists (ICIJ) and its explosive project, "Evicted and Abandoned," in which a collaborative reporting project of more than fifty reporters and fifteen organizations in twenty-one countries took on the World Bank. The investigation found that, over the last decade, projects funded by the World Bank have physically or economically displaced an estimated 3.4 million people; that the World Bank and the International Finance Corporation have financed governments and companies accused of human rights violations; and that, from 2009 to 2013, World Bank Group lenders invested fifty billion dollars into projects graded with the highest risk for "irreversible or unprecedented" social or environmental impacts. 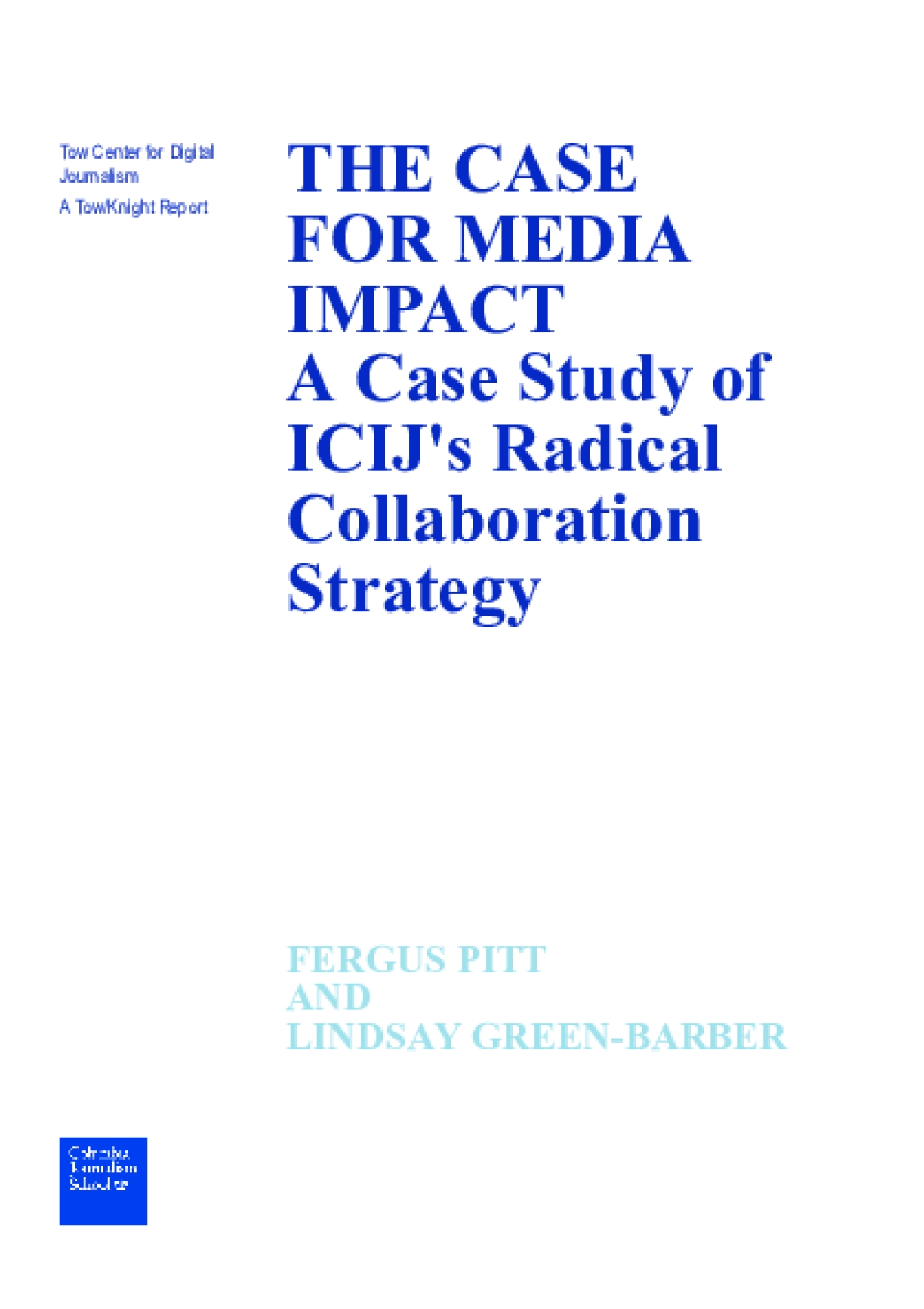