The Chained CPI: A Painful Cut in Social Security Benefits and a Stealth Tax Hike

In the debate over federal budget deficits, several politicians have proposed to change the formulas that determine benefit levels for Social Security and other government programs as well as income tax brackets. Switching to a relatively new formula, the Chained CPI, would help the federal government save money by slowing increases in benefits and raising additional tax revenue. Proponents of this proposal argue that the Chained CPI is a more accurate formula and any impact on beneficiaries of the government programs affected would be mitigated by increased tax revenue from the wealthy. However, this issue brief effectively refutes those arguments by showing that switching to the Chained CPI would result in cuts to already modest Social Security benefits, that it is likely that the Chained CPI is not an accurate measure of the inflation rate seen by seniors and that the Chained CPI would lead to income tax increases for working Americans. 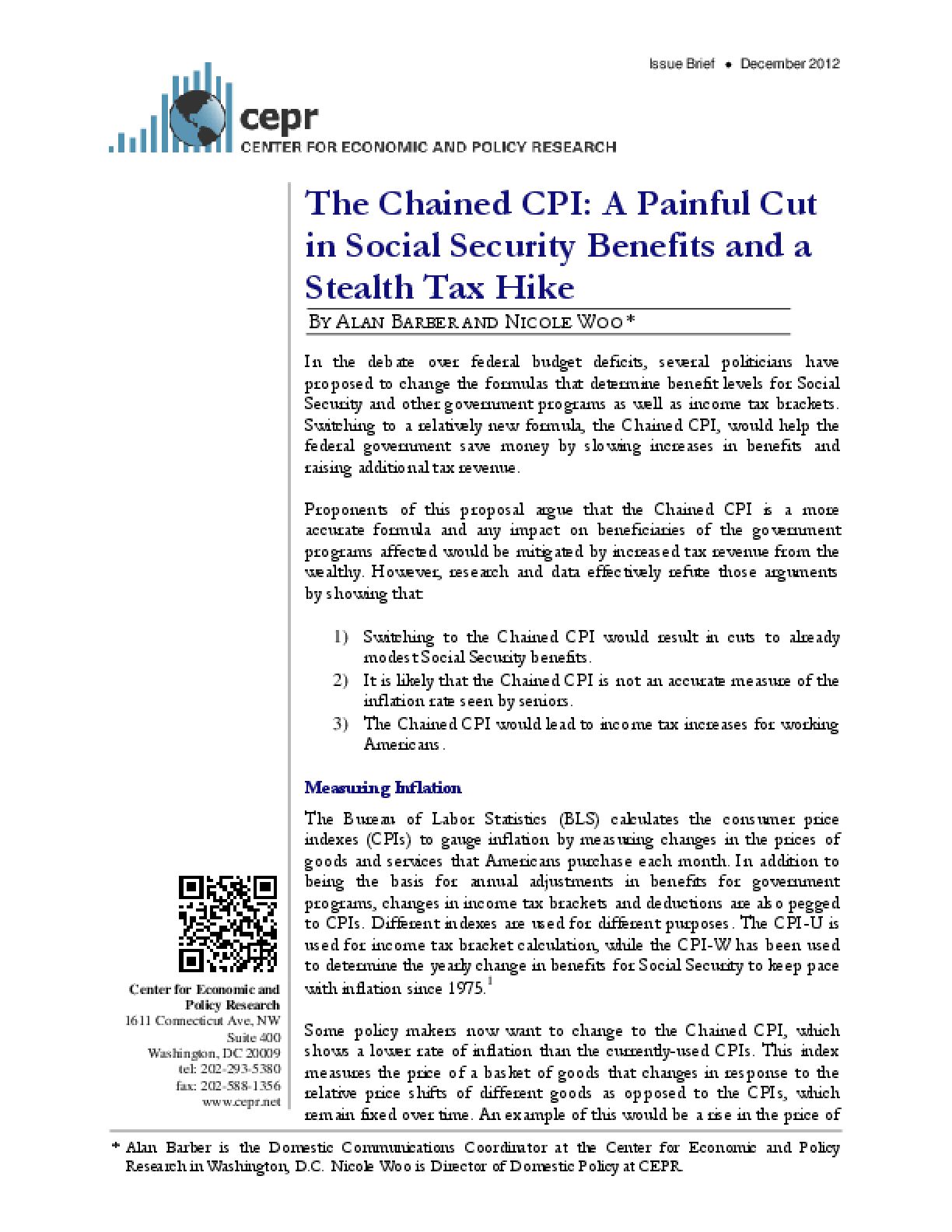