The Changing Borders of Juvenile Justice: Transfer of Adolescents to the Adult Criminal Court

Network researchers examine whether the prosecution of adolescents as adults reduces crime and recitivism. Their research capitalizes on unique conditions in the New York City region, where the laws of two states, New York State and New Jersey, span the border of a single metropolitan area. On the New York side of the border, juveniles as young as 13 are charged in adult court, while on the New Jersey side, nearly all cases of juvenile offenders below the age of 18 are processed in juvenile court. By comparing similar offenders in the two settings who were arrested and charged with the same felony offenses during the same time period, the researchers were able to determine whether treating juveniles as adults in the legal system is an effective deterrent to crime. 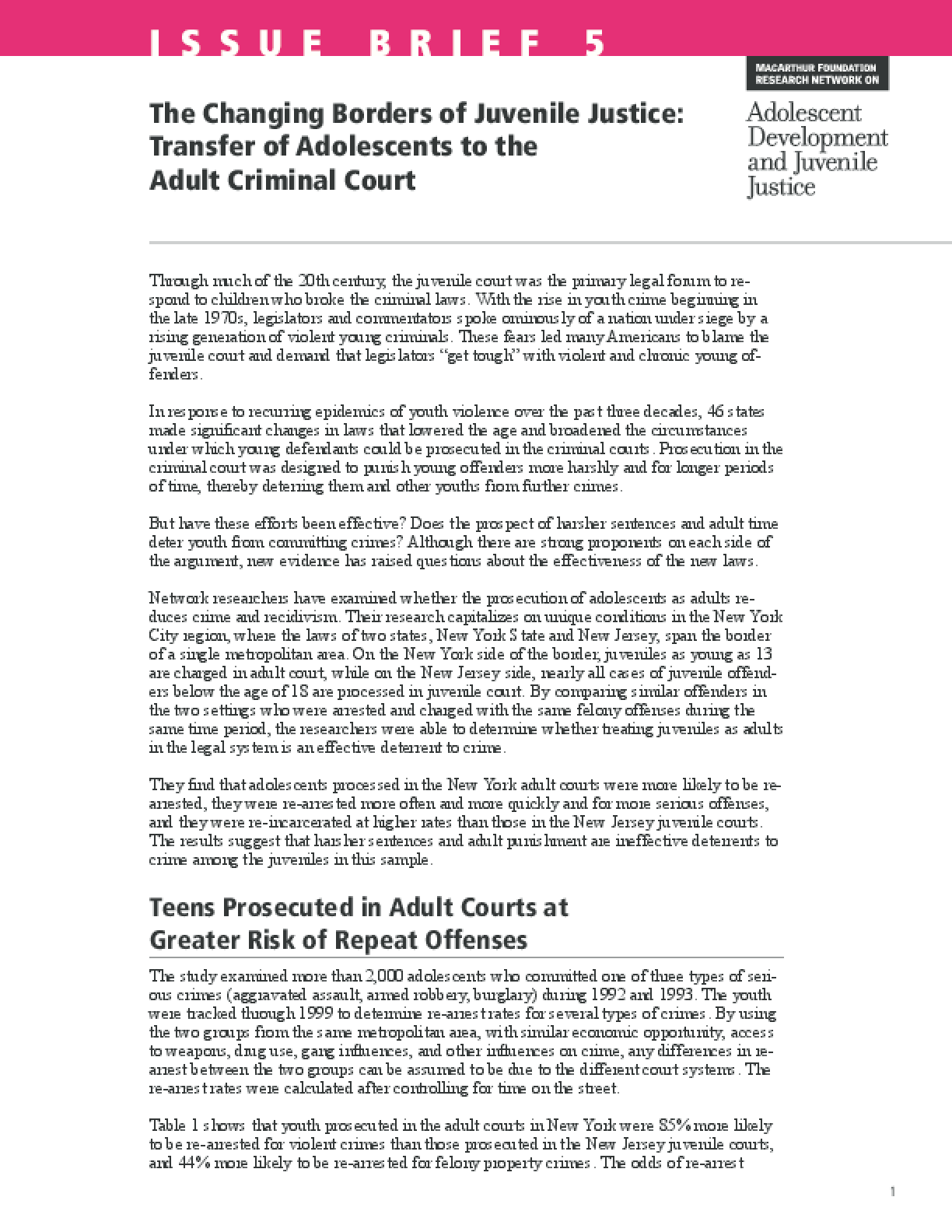