The Changing Face of Rural America

After a decade of population loss, rural America has seen its population grow again. Nearly three-fourths of the 2,303 counties classified as rural in 1993 gained population between 1990 and 2000. As of April 2000, these areas collectively boasted a population of 56.1 million -- about one in five Americans -- and 5.2 million more than in 1990. Rural areas continued to gain population after 2000, but the pace of growth slowed considerably from that of the 1990s.

Population growth, however, is only one of many changes affecting rural areas. Rural America today has moved from predominantly agrarian to postagrarian -- fewer than one in ten rural families earns its livelihood from the land -- and various economic, technological, and social changes have fundamentally altered rural life. This brief, based on Kenneth Johnson's chapter in "Challenges for Rural America in the Twenty-First Century", explores these changes and their effects on rural America.

The Rural Sociological Society and the Regional Rural Development Centers creates new Public Policy Issue Brief series based on its recent book, "Challenges for Rural America in the Twenty-First Century".

The briefs synthesize the context and substance of important issues raised in the book and address alternative policy options, with the goal of bringing important research to the policy community. 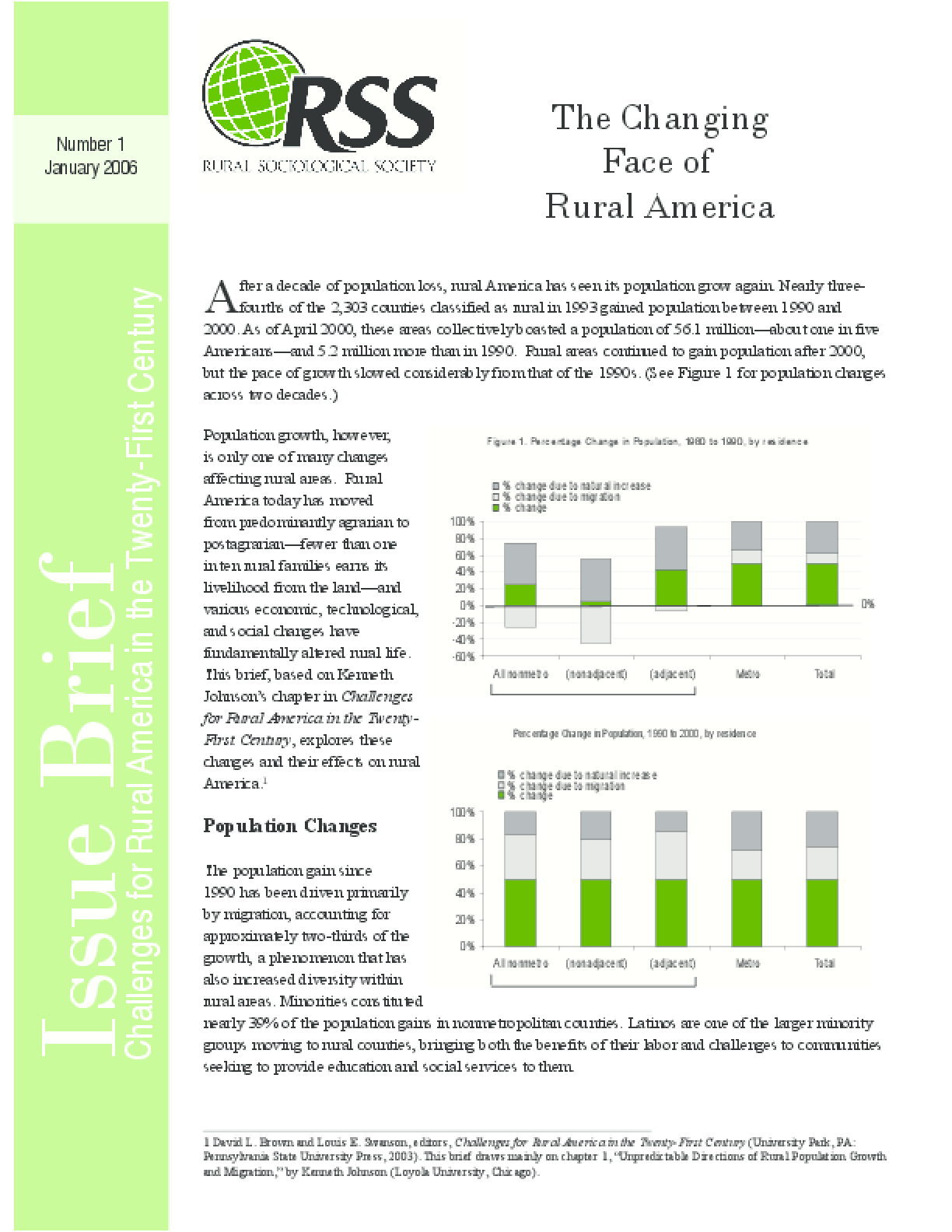