The Changing Face of the Unaccompanied Alien Child: A Portrait of Foreign-Born Children in Federal Foster Care and How to Best Meet Their Needs 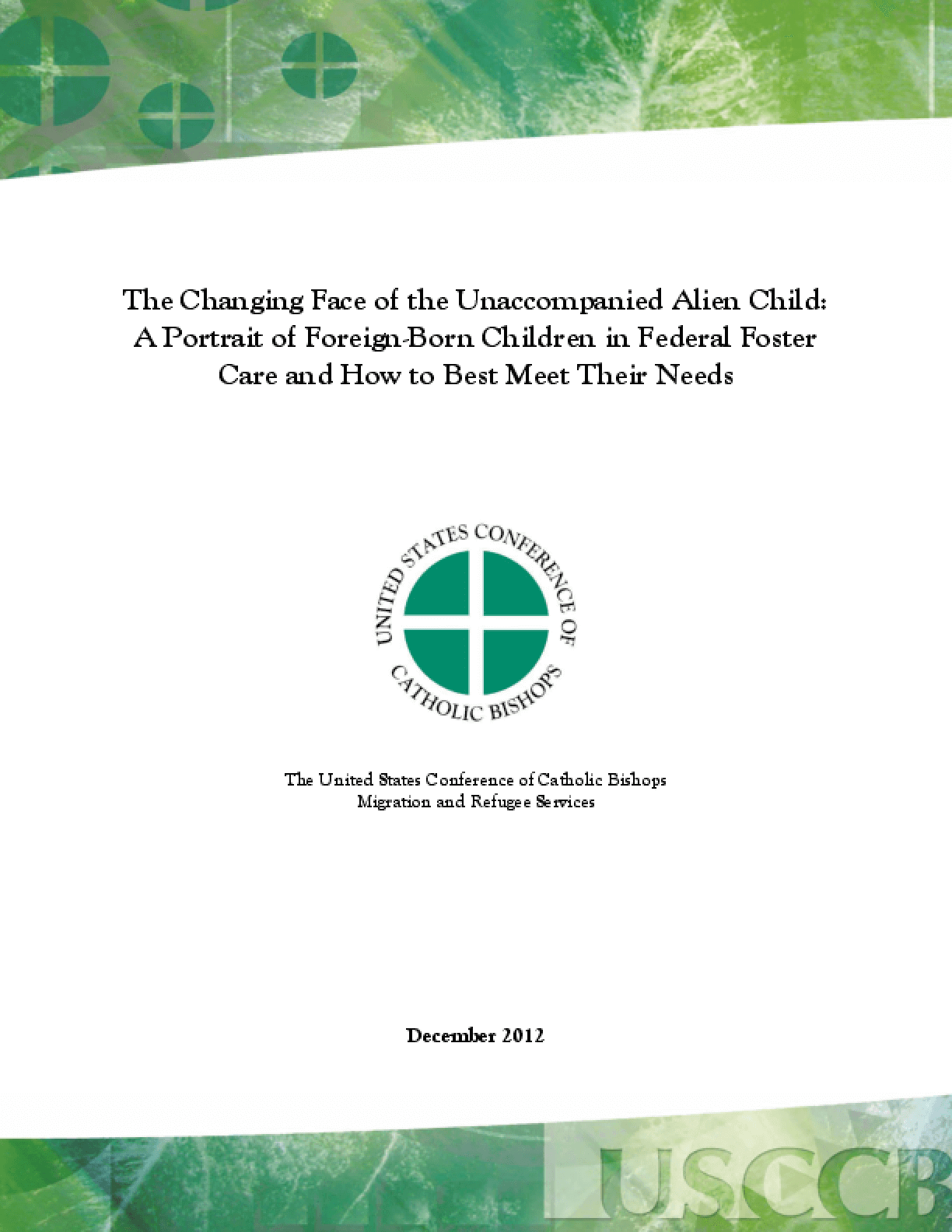