This analysis compares access to affordable health care across U.S. states after the first year of the Affordable Care Act's major coverage expansions. It finds that in 2014, uninsured rates for working-age adults declined in nearly every state compared with 2013. There was at least a three-percentage-point decline in 39 states. For children, uninsured rates declined by at least two percentage points in 16 states. The share of adults who said they went without care because of costs decreased by at least two points in 21 states, while the share of at-risk adults who had not had a recent checkup declined by that same amount in 11 states. Yet there was little progress in expanding access to dental care for adults, which is not a required insurance benefit under the ACA. Wide variation in insurance coverage and access to care persists, highlighting many opportunities for states to improve. 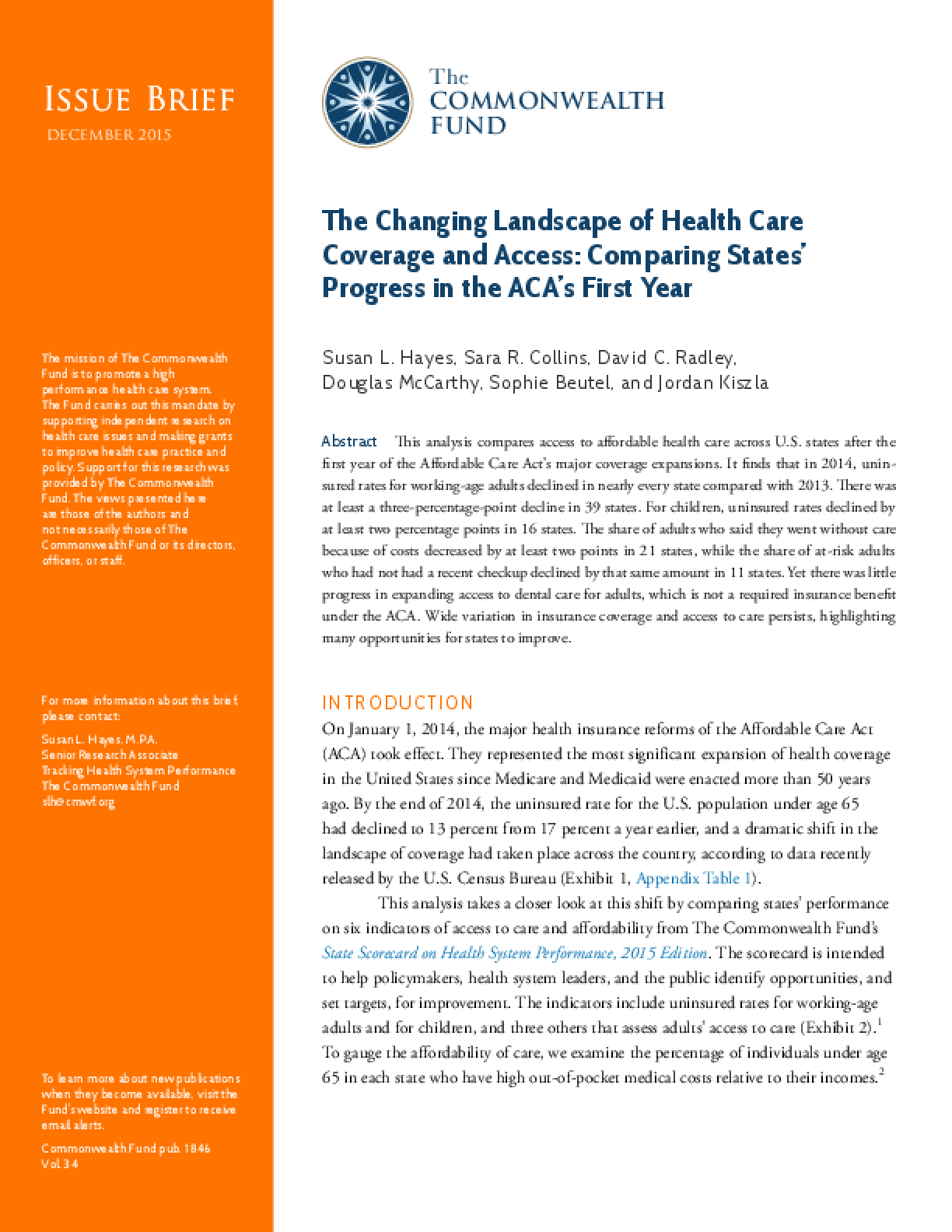