In 2006, The Chicago Community Trust conducted an environmental scan to identify trends to inform its grantmaking in metropolitan Chicago. The Trust has long been responsive to the sizable immigrant population (18 percent) within the city limits, but the scan documenting booming immigrant populations in a number of suburban communities caught its attention. This GCIR case study highlights The Chicago Community Trust's three-year, $1.5 million immigrant integration initiative that was launched in response to the new demographic findings. A central strategy of the initiative was supporting local government leadership and public-private partnerships, including direct grants to three villages: Mount Prospect, Schaumburg, and Skokie (a fourth, Addison, would later be added). 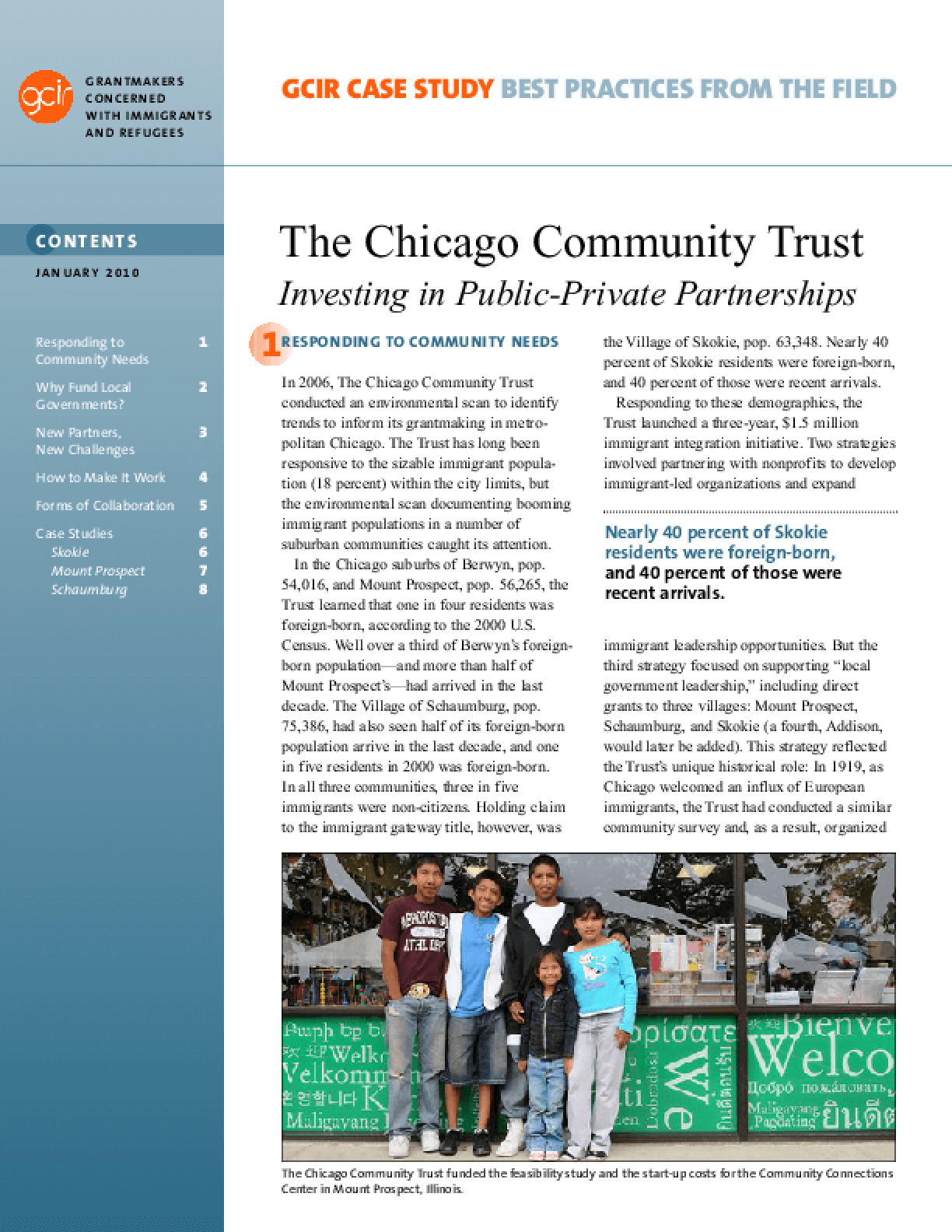