The Color of Wealth in the Nation’s Capital

The Great Recession and housing crisis erased approximately half of Black and Latino households' wealth, while Asians suffered the largest absolute loss in wealth. But the dramatic wealth disparities between White communities and communities of color long predate the dramatic economic downturn. This report explores racial and ethnic differences in net worth, focusing on Black families in Washington, DC, and shows, through a chronicle of their history in the city, how discrimination and systemic racism have contributed to today's wealth gap in the nation's capital. The authors document assets, debts, and net worth for racial and ethnic groups living in the DC metropolitan area from a 2013–14 phone survey. 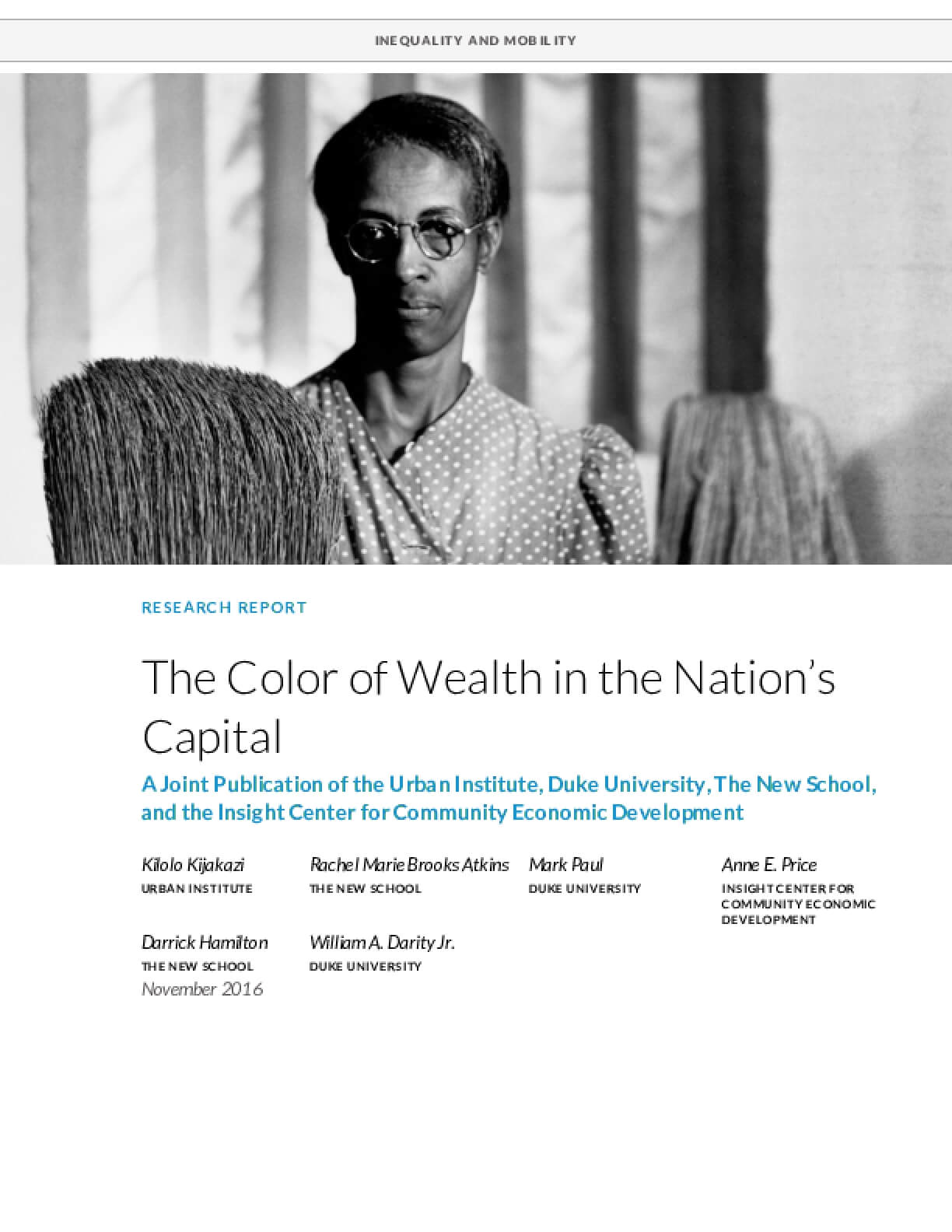