The Condition of New York City HIgh Schools: Examining Trends and Looking Toward the Future

Until the turn of the 21st century, high school graduation rates in New York City hovered at or below 50 percent, much lower than state and national averages. There was widespread agreement about the need to reform the City's high schools and produce better results for students. This paper presents an independent analysis of how the high school landscape changed in New York City between 1999 and 2011 and, importantly, the extent to which key student outcomes improved during that time. The paper describes dramatic shifts in the supply of high schools, most notably a trend toward smaller, more mission-driven schools of choice. It also reports steady improvement across many indicators of high school performance and engagement, including attendance, credit accumulation, graduation, and college readiness rates. The paper highlights stubborn gaps in performance as well -- between groups of students, and between current achievement levels and the aspirations that the public and school leaders have for New York City high schools. Drawing on these findings, the paper outlines several directions for future policy and practice. This paper is the first in a series examining the structure and performance of New York City's high schools. 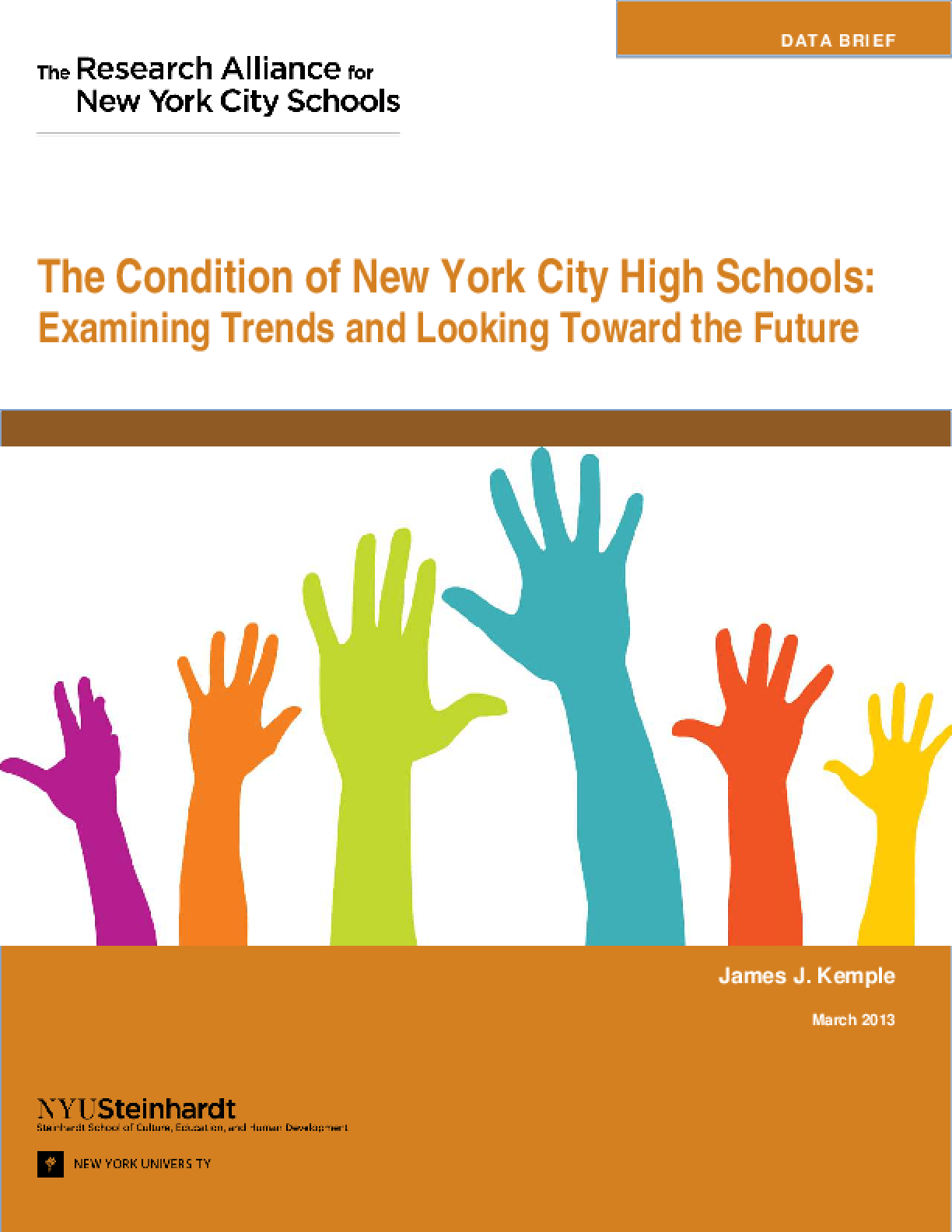