The federal government spent $92 billion in direct and indirect subsidies to businesses and private- sector corporate entities -- expenditures commonly referred to as "corporate welfare" -- in fiscal year 2006. The definition of business subsidies used in this report is broader than that used by the Department of Commerce's Bureau of Economic Analysis, which recently put the costs of direct business subsidies at $57 billion in 2005. For the purposes of this study, "corporate welfare" is defined as any federal spending program that provides payments or unique benefits and advantages to specific companies or industries. Supporters of corporate welfare programs often justify them as remedying some sort of market failure. Often the market failures on which the programs are predicated are either overblown or don't exist. Yet the federal government continues to subsidize some of the biggest companies in America. Boeing, Xerox, IBM, Motorola, Dow Chemical, General Electric, and others have received millions in taxpayer-funded benefits through programs like the Advanced Technology Program and the Export-Import Bank. In addition, the federal crop subsidy programs continue to fund the wealthiest farmers. Because the corporate welfare state transcends any specific agency -- and therefore any specific congressional committee -- one way to reform or terminate those programs would be through a corporate welfare reform commission (CWRC). That commission could function like the successful military base closure commission. The CWRC would compose a list of corporate welfare programs to eliminate and then present that list to Congress, which would be required to hold an up-or-down vote on the commission's proposal. 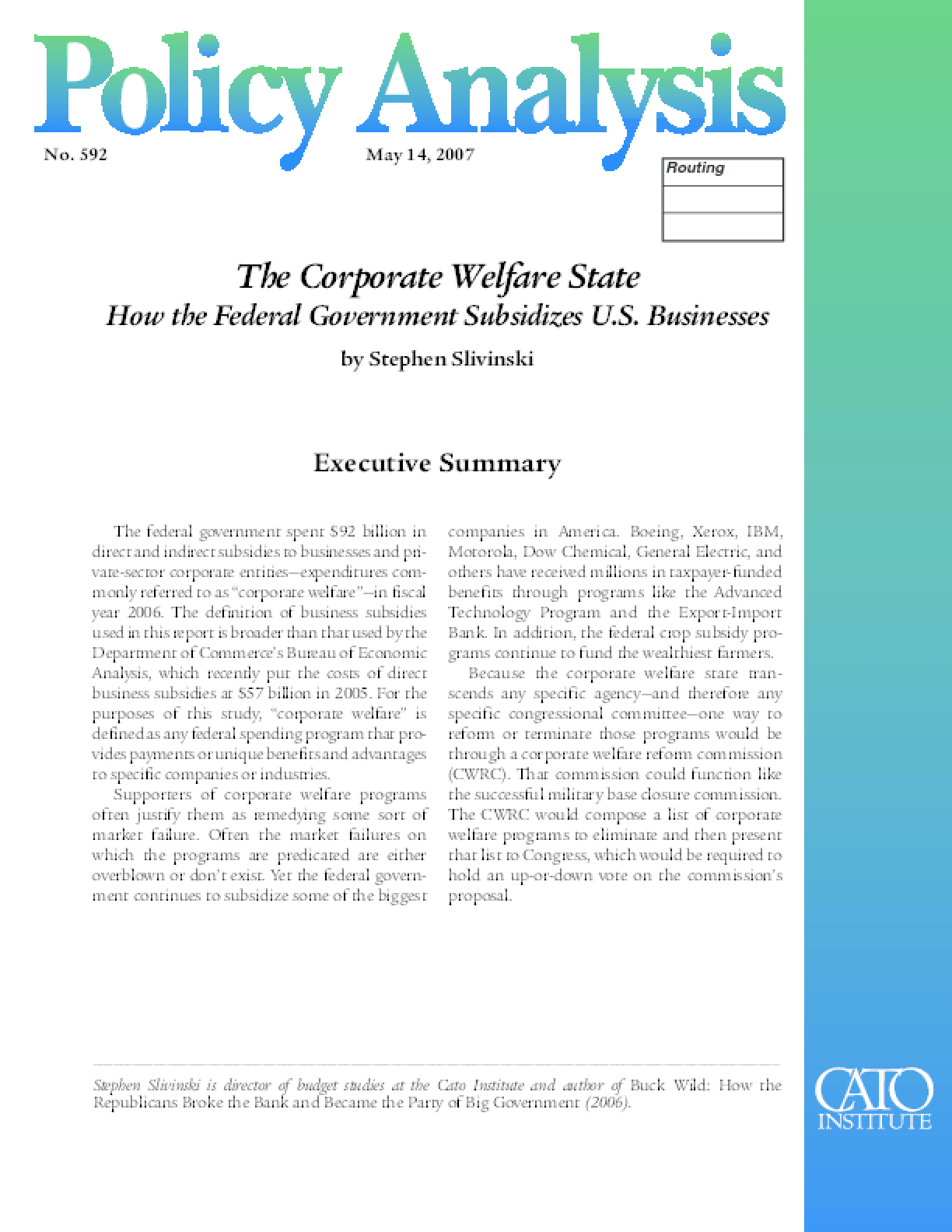