The Dallas Public Pension Crisis: A Warning for Cities Across Texas

"Dallas is at a tipping point," McGee said. "Without immediate reforms, the city's pension problems will become too big to fix. Workers deserve a fair and secure retirement. Local leaders must work with public servants and taxpayers to develop a sustainable solution. This is true not only in Dallas, where the problems are particularly acute, but in cities across the state. Officials must take action now to ensure that their communities remain vibrant and financially stable."

The most immediate pension problem facing the city of Dallas involves its Police and Fire Pension System. The fund's Deferred Retirement Option Program (DROP), a savings account provided to members when they reach retirement eligibility, is nearly bankrupt. In the past six months alone, retirees have withdrawn at least $300 million in savings. If this "run on the bank" continues, the police and fire fund may run out of cash to pay retirees' benefits.

The issues with the Dallas pension system stem from a decade of insufficient funding for both the police and fire fund as well as the plan for other municipal employees. With the police and fire fund, the problems have been compounded by two key factors. First, a broken governance structure allowed members to increase their own benefits without establishing a plan to pay for those increases. Second, a series of reckless investment decisions made by the plan's prior leadership went unnoticed. Former plan administrators invested more than half of the fund's assets in private equity and real estate, including high-risk properties such as luxury homes in Hawaii and a resort and vineyard in Napa, California. The city made less than expected on these investments, which led to a nearly $1 billion investment shortfall, hundreds of millions of dollars in asset devaluations, and a reported Federal Bureau of Investigation (FBI) review.

In addition, the police and fire fund is controlled by the state legislature, which means that local leaders do not have the authority they need to make the changes that are urgently required.

In the brief, McGee and Diaz Aguirre explain that plan administrators, city officials, and state legislators must immediately come together to enact comprehensive reforms. The co-authors present a number of recommendations that would help protect workers' retirement security and improve the stability of the pension system. 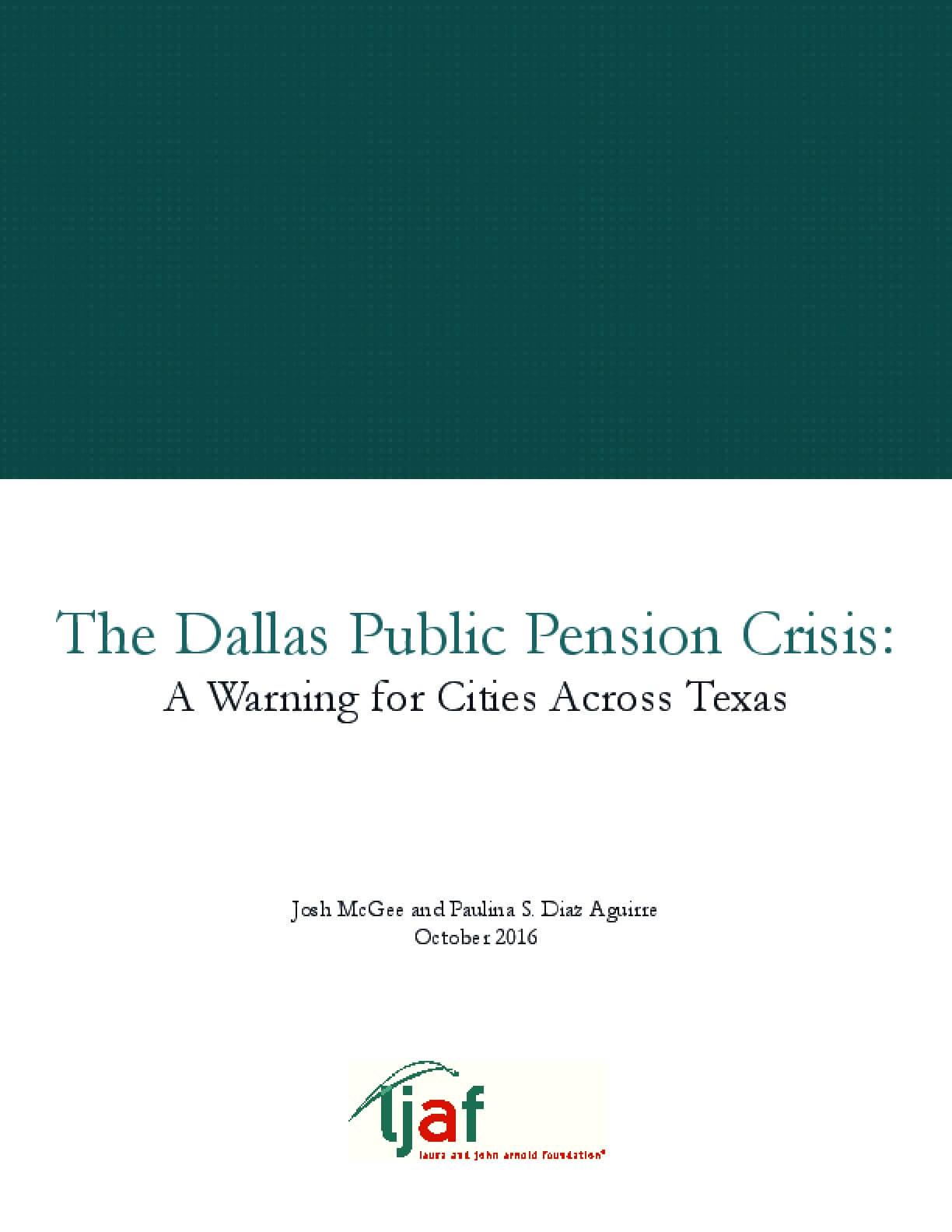