The Defense Civilian Intelligence Personnel System: An Assessment of Design, Implementation, and Impact

The FY 1997 National Defense Authorization Act gave the Secretary of Defense authority to establish common personnel policies for DoD intelligence components. Under this authority, DoD began designing the Defense Civilian Intelligence Personnel System (DCIPS) in 2007. This personnel system was intended to unify the civilian human resources management systems among ten DoD intelligence components. Beyond mere structural and process changes, DCIPS represents an effort to transform the cultures among component agencies. Such transformation requires a thorough and well-executed implementation strategy, as well as a sound system design.

Through a multi-method data collection effort, including interviews, colloquia of experts, focus groups, online dialogue, open forums, and secondary research, the National Academy addressed three aspects of DCIPS: (1) The overall soundness of the design; (2) Success of implementation efforts; and (3) Potential impact of DCIPS on career progression and diversity.

Key Findings
The panel recognized the soundness of DCIPS' design, and the urgency of the effort, as well as the need to make certain changes in its planned implementation prior to moving forward. This report provides key recommendations aimed at encouraging greater collaboration among the intelligence components, restoring and building employee trust in DCIPS and, most importantly, strengthening personal accountability in the performance of agency missions. 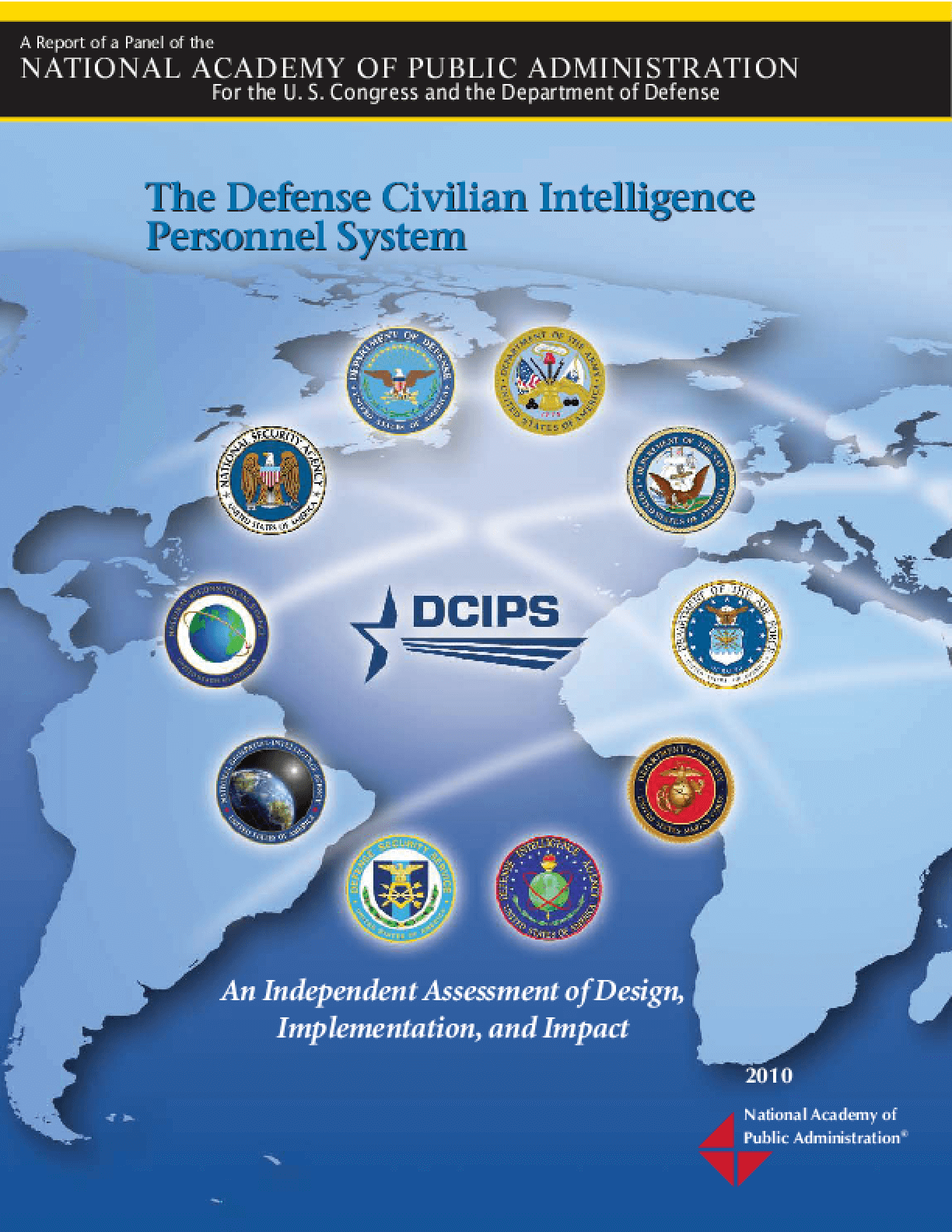